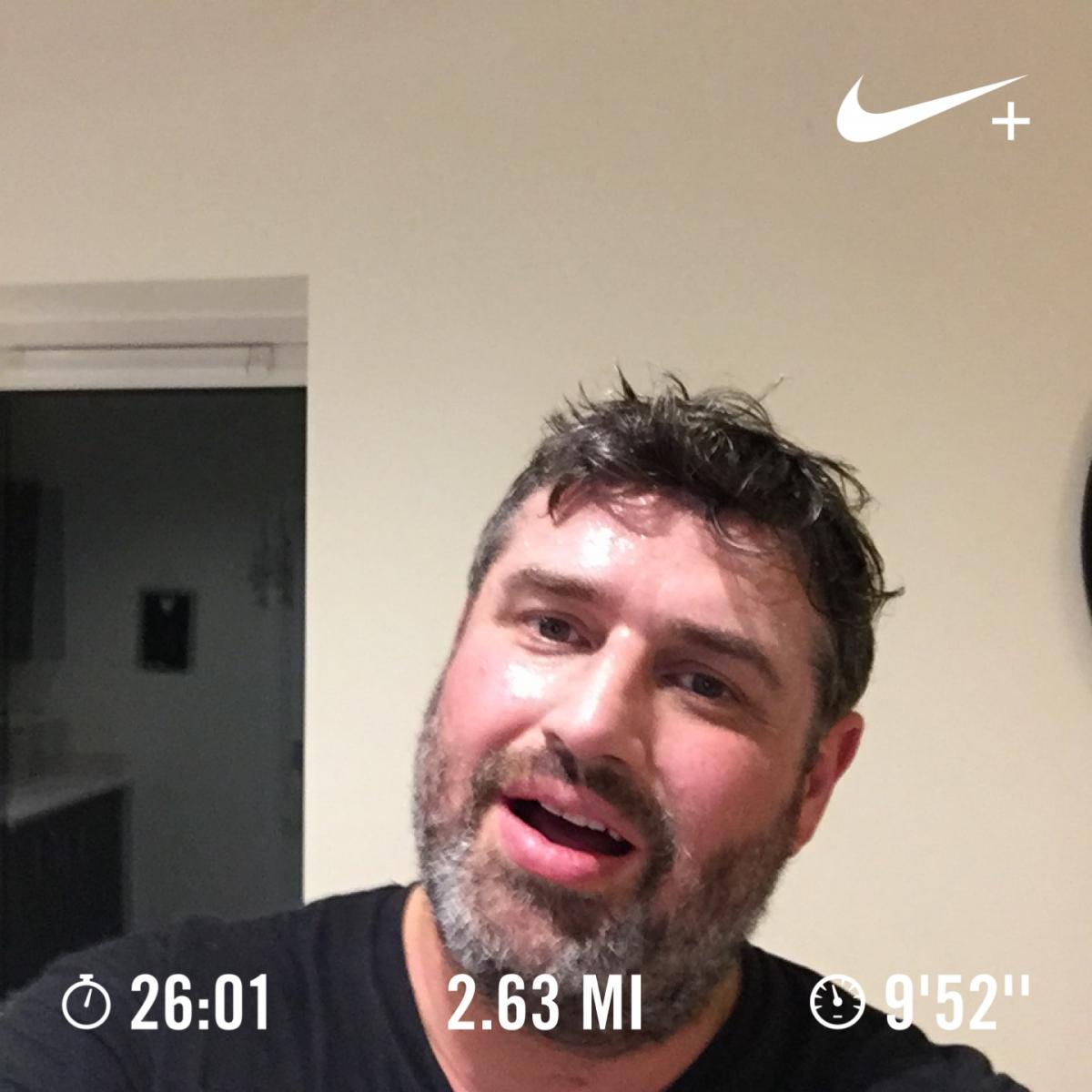 By Jamie Hill I’m being haunted by a grapefruit. But more on that later. I’m now three weeks into this year of living ridiculously and I’m definitely finding it harder and harder. Knowing that the endgame is to turn this 18 stone slob of a middle-aged man into something resembling an athlete who could run the Birmingham Marathon on October 17 is a little scary. You can read my exact plan here Even if it is for a good cause with money eventually being raised for ICP Support. But 26 miles just seems such a daunting prospect. Especially after I felt nearly dead this week running just a tenth of that. That’s right, my Nike + app set me to do a long run on Thursday evening. It was cold and I really didn’t want to do it. Once I started my legs groaned and moaned like they had not been used in years. And then I couldn’t catch my breath properly. And this wasn’t even a long run. This was only 2.5 miles but it nearly killed me and the following day I could hardly move and felt light-headed for the duration.

I think that’s why 26 miles feels so daunting at this early stage as I try to kick my body into action. But it’s also why I’ve set my goals for this challenge quite low on a monthly basis. For instance this month my entire goal is simply to start running again and lose half a stone through calorie counting. And that’s exactly my goal for the next six months. Lose weight at a rate of half a stone a month until I weigh three stone less and at the same time get fit. And that’s when the real marathon training begins. I’m getting myself match fit over a long period of time so that I don’t have to carry the equivalent of an Easyjet baggage allowance with me as I do the marathon. By splitting my goals up into easier attainable targets it’s making the whole thing less daunting. I don’t think the Nike + app likes me that much. This week it set me one set of exercises called Burpy Beach. Ah great! I thought to myself. This will involve a trip to the seaside to drink vast quantities of cherryade and then belching as loud as I can. That sounds fun. I couldn’t have been more wrong as Burpy Beach ended up being something that the US special forces must use as some kind of torture at Guantanamo. It involved burpies. A word that always evokes my long lost school days when the PE teacher would shout: “Hill, give me 20 burpies” in punishment for whatever I’d been up to on that particular day. At school I was quite good at burpies. Probably because I was quite a naughty child so had to do them at regular intervals throughout my school life. Nowadays at 18 stone, I’m crap at burpies. I mean, I can’t even lift my own weight. I find a push up nigh on impossible and it feels like my wrists will break under the strain. This set of exercises involved normal burpies, push-ups, and something called lateral burpies which is a sideways walk and then dropping down into a push up before coming up all burpy like. It was hell. The exercises also involved my nemesis ‘planking’. I just sweat by thinking about ‘planking’.  My arms were not built to take my own weight over a long period of time. As you can probably tell I’m finding this a tad difficult. At 18 stone, I have a tyre in my middle. It’s not pleasant to look at but it also makes it really hard to bend over and move downwards in any way. Basically the tyre squeezes the air out of your lungs as you bend over. I’ve found myself gasping for breath on several occasions just from putting my shoes on. It’s probably why I have a look of horror on my face if anyone asks me to take my shoes off when I come to their houses. Basically if they don’t have an adequate seating area for me to get my shoes on and off then I’ll just stand in the doorway instead looking a bit sheepish. I want this tyre gone. I feel it there at all times of the day. Threatening to pop buttons off shirts if I move in the wrong direction. It’s not good. I want my clothes to fit properly again. But most of all I want to bend down without feeling out of breath again. On Monday January 30, I’m starting the ‘grapefruit’ diet for seven days. And I’m dreading it. This diet, which I did for a week last summer, is one of those fad diets which basically consists of eating lots of fruit and leaves me more hungry than a whole host of hungry caterpillars. I’m dreading it and in my head I have this huge grapefruit following me around, taunting me and telling me that it’s going to get me. As you do. So that will be nice. But at least I’ve got another week or so to go until G-Day (Grapefruit Day). So how did I do this week… Here’s how I’ve done so far… January 1 - Weight - 18stone 4 and Waist - 120cms January 8 - Weight - 17stone 13 and Waist - 117.5cms January 15 - Weight - 18 stone and Waist - 116cm And today - January 22 - Weight - 17 stone 11 and Waist - 115cm   Woah there cowboy! I’ve actually reached my January goal with a week to spare! And my waist now measures 5 cms less in diameter. Jurassic Park!!!! But there’s no going off to celebrate at the nearest Krispy Kreme outfit yet as I do realise that the first half stone was always going to be the easiest so I’m really going to have to work hard if I’m going to lose another half stone before the end of February. But I’m smiling at this little victory anyway. Maybe one day I’ll be able to put my shoes on without feeling winded! Til next week then, when I’ll give you the full horror of what’s in store for me in the grapefruit diet. Yours happily, Fat Jamie

Romance in the heart of Wiltshire