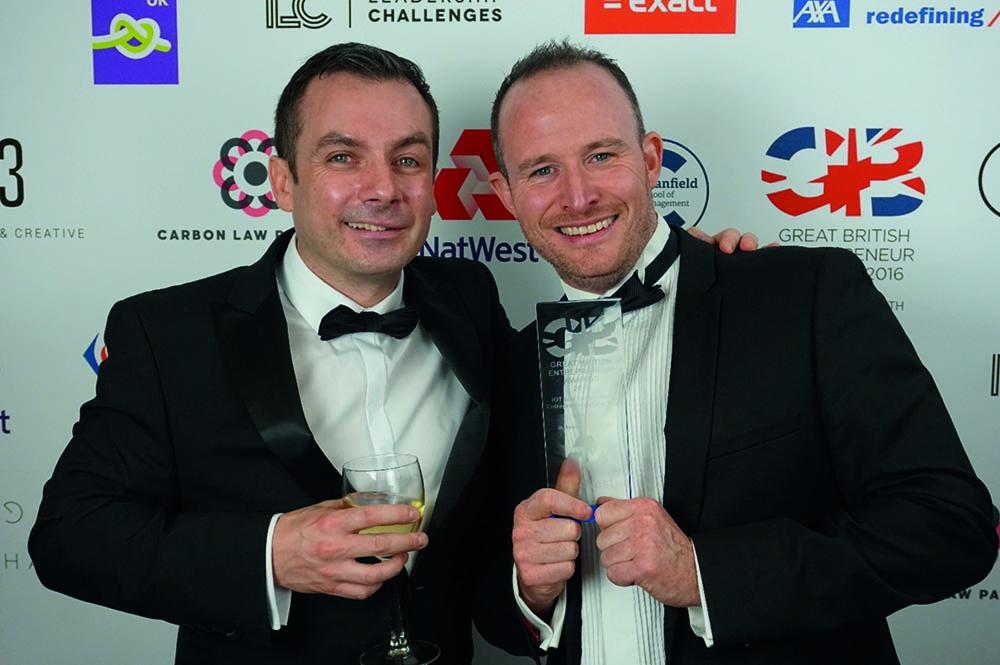 Owners of smart homes technology and AV specialists Cyberhomes have won one of this year’s Great British Entrepreneur Awards.

The award was presented to Andy Mack and Ion Smith who founded Cyberhomes in 2004 and recognises how they have steered and grown the company over the last 12 years to the point where they are now winning projects worth over £500,000 each. The category they won was “Smart Home/Internet of Things Entrepreneur of the Year 2016”. The awards ceremony was held at Lancaster Hotel, London on November 22 and the award was presented by comedian and broadcaster Hardeep Singh Kholi. Cyberhomes Director Ion Smith said: “This award came a bit out of the blue to be honest. We’ve had our heads down designing and installing great technology solutions for our clients, so to be recognised like this from outside our niche industry is a genuine honour.” Cyberhomes Director Andy Mack said: “I’m really proud of the company we’ve built; and it was great to find ourselves alongside other highly respected entrepreneurs that were shortlisted or won their respective categories. Thanks also to the sponsors, including NatWest and Kingston Smith, who helped make this  all possible.” Cyberhomes work closely with clients, architects, developers, interior designers and M&E consultants to integrate control and AV systems with the overall building design and performance. The Cyberhomes founders have a background in live broadcast studio technology for the BBC and take the same rigorous approach with the equipment, cabling and software behind home automation projects.