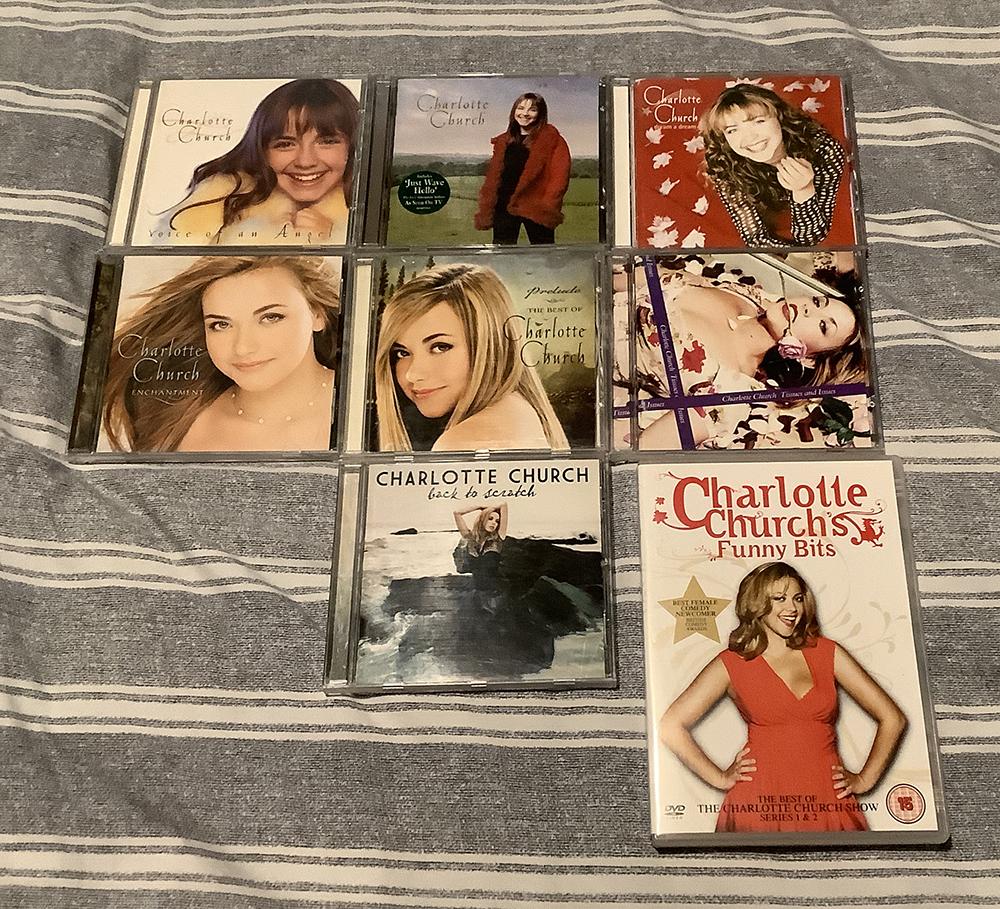 Hey Everybody its Tyler here. I am doing a deep dive into the Career of Charlotte Church.

In 1997 Charlotte first got noticed after a performance of Pie Jesu over the telephone on ITV This Morning and later went on Big Big Talent Show.

November 1998 saw the release of her debut album Voice Of An Angel which was Number 4 in the UK and went Two Times platinum and went in the US charts at number one which means Charlotte is another singer to achive succes acros the pond.

During 1999 Charlottes cover of Just Say Hello was featured in the advertising campaing for Ford Motor Company and a promo of Charlotte was used as promotion.

November of the same year Charlotte relesead her self titled sophomore album it peaked at number 8 in the UK and 40 in the US but this chalked her second Platinum disc.

21 November 2000 Charlotte released her third album Dream A Dream which is also a christmas album with traditional Christmas Carols this album had an alternative track listing, Album Cover and a Target edition for the US.

Dream A Dream peaked at Number 30 in the UK and it went to Number 7 in the US and was Americas best selling Holiday album of 2000.

Enchantment peaked at 24 In the UK and topped the charts In America which earnt her a gold disc.

November 2002 to end her career in classicle music Charlotte released Prelude The Best Of Charlotte Church which include all hits from her four albums.

2003 saw Charlotte feature on Jurgen Vries The Opera Song (Brave New World) but was credidted as CMC as her record lable were concerned about the press reaction.

The Opera Song (Brave New World) peaked at Number 3 in the UK and was the 70th best sellign single of the year.

27 June 2005 Charlotte released her first Pop single Crazy Chick which saw her gain some new fans and by doing that Crazy Chick went in the UK Charts at Number 2.

July of the same year Charlotte released her debut Pop and fith album overall Tissues and Issues which was Number 5 in the UK album Charts.

September 26 2005 Charlotte released Call My Name which went into the Charts at Number 10.

Next single from the album was called Even God Cant Change The Past was released in December 2005 and peaked at Number 17 in the UK.

Febuary 2006 Charlotte rleased her final single off Tissues and Issues Moodswings (To Come At Me Like That) Charted at Number 14.

19 months after the birth of Ruby Charlotte announced she was pregnant with second Child and in January 2009 Charlotte Gave Birth to their Son Dexter.

On October 25 2010 after a five year break and the split from Gavin  Charlotte released her sixth album Back to Scratch which peaked at number 23 in the Charts.

A US version was supposed to be released but was cancelled.

Charlotte has since released 4 EPs.

When Charlotte is not singing she is the founder of The Awen Project which is the school she built in the annex of her home.

In 2021 brought Rhydoldog which was once home to Laura Ashley and is now woprking on a holiday retreat called The Dremaing.

Will Charlotte bring out new music? I hope so one day and hopefully she goes into Rap Music.

Tyler Ody’s other monthly column ‘The Autistic Journalist’ can be found at https://swindonlink.com