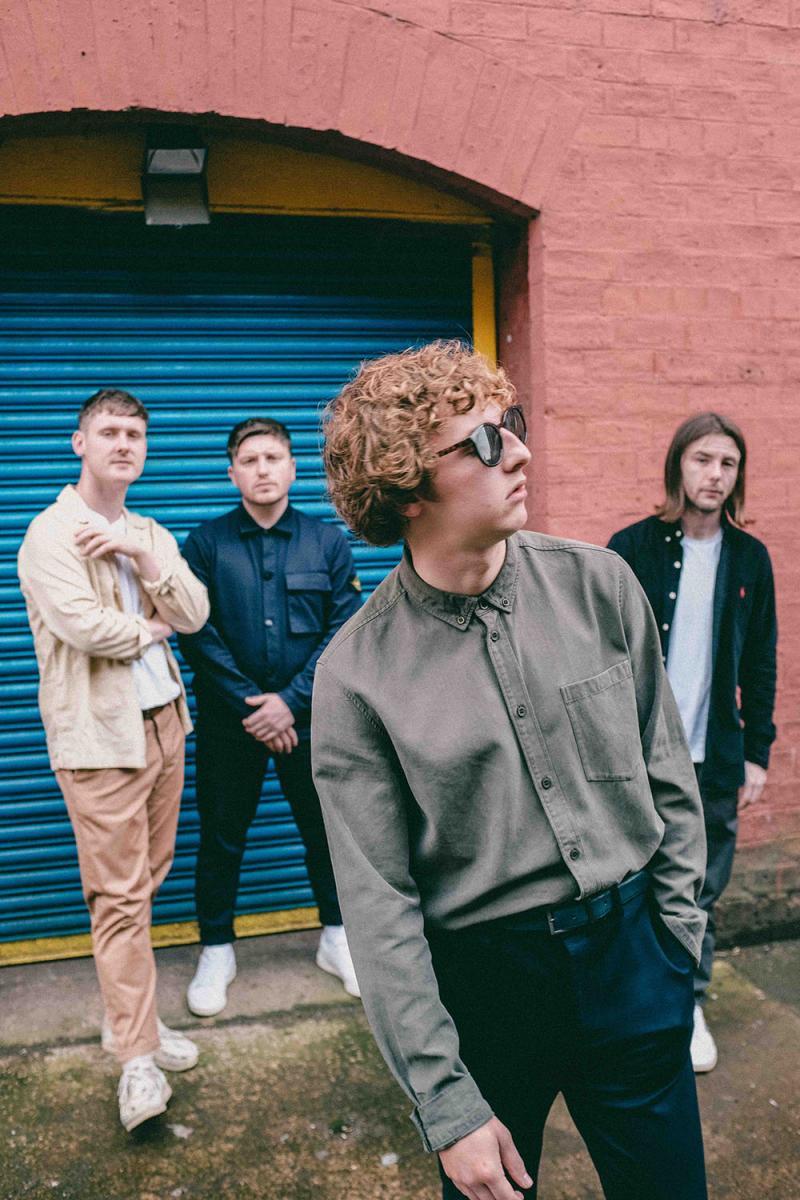 After two socially distanced shows with The Libertines last month, one of Scotland’s finest exports, The Snuts, have revealed their infectiously haunting new single, ‘Always’. The track comes after a surprise drop of the bluesy summer banger ‘That’s All It Is’ last week, which will feature on this year’s coveted FIFA Soundtrack.

Recorded at The Firepit in London with Tony Hoffer (Beck, Goldfrapp, M83), The Snuts hit a new gear with ‘Always’. Taking a darker route than previous releases, the track sees the West Lothian quartet continue to push their musical boundaries, hone their craftsmanship and illustrate their limitless ambition. Lead singer Jack Cochrane said, “Lyrically, the song depicts the message of falling in love with someone who in turn allows you to love yourself; quite arguably, one of the most difficult things to try and do these days.”

Watch The Video For ‘Always’ Here

For the video, shot at Leith Theatre in Edinburgh, the band requested the budget be used to give back support to the live music industry and their crew, who have been left with little work or aid since March. Speaking to Music Week, Jack emphasised the cry for help in the sector: “Just trying to have those conversations at the moment seems difficult, trying to get anybody to listen. It’s integral, and the people who drive the buses, do lighting and stuff like that have been ignored, simple as that.”

The band, who recently appeared in Strongbow’s latest advert with a stunning cover of ‘Summer In The City’, have been vocal about the urgent support required from the government for the music industry in the current climate. Lead singer Jack Cochrane wrote a passionate open letter to First Minister Nicola Sturgeon as part of the #LetTheMusicPlay campaign.

With a sensational rise since the release of live favourite ‘Juan Belmonte’ in 2019 and an adoring fan base, The Snuts have been garnering a massive following in the UK with support from the likes of BBC 6 Music, Radio 1, Radio X, Absolute Radio, NME, Independent, Clash, Notion, Far Out Magazine and Dork Magazine. Their latest single ‘Elephants’ went straight in at number 1 on the iTunes chart and shut down Twitter with their hashtag topping the trending chart. This followed the band’s debut ‘Mixtape EP’, recorded with Inflo (Karen O / Danger Mouse, Michael Kiwanuka, Little Simz) and Tony Hoffer, reaching number 1 in the Scottish and Vinyl Album charts and number 14 in the UK official charts in March.

Nick Wilson new EP ‘Love and Heartache’ is out now