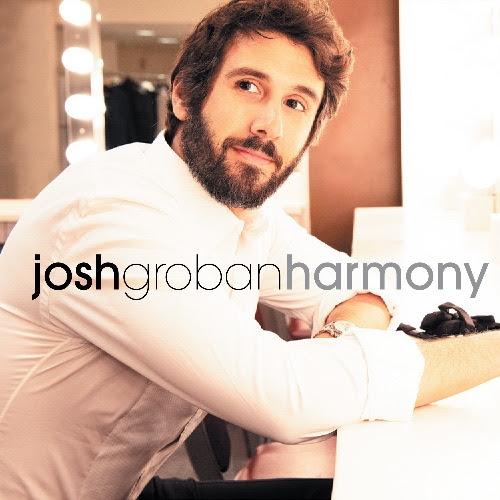 Global superstar Josh Groban announced today that he will be releasing his brand new album, Harmony, on November 20th via Reprise Records. The album is available for pre-order HERE, and fans who pre-order the album will receive an instant grat download of Josh’s beautiful cover rendition of the classic song “Impossible Dream.” Listen to “Impossible Dream” HERE.

With Harmony, Groban performs a collection of timeless songs along with two originals, showcasing the artist’s unparalleled vocal prowess.  Highlights include The Impossible Dream, Angels, I Can’t Make You Love Me, Celebrate Me Home, She and many more.  The album was mostly produced by Bernie Herms with additional songs produced by Steve Jordan, Tommee Profitt, and Federico Vindver.

“Harmony was recorded in two parts. Before the pandemic we recorded about five songs, with the full intention of making this an album of classics that I love and have always wanted to sing. Beautiful in its simplicity of scope. We were recording and finding songs between concerts and fully expected to continue doing that for the next couple of months,” Groban said. “Then, sound was replaced with solitude. To have nothing but space, and to be sharing in a collective global tragedy, changed everything. Suddenly I was not steering the ship confidently on course. The waves had to take me to, hopefully, some sunlight. The result is an album that began to take a new shape.”

“When I was finally able to really sing again, to interpret, to immerse myself in these timeless melodies and stories, it became my saving grace and not just a pleasure. Musicians and producers from all over the country and the world blended together from their respective studios and homes. The title of the album represents the seemingly miraculous full picture of those efforts becoming clear,” Groban continued.

“Harmony also has two original songs that I was not expecting to write. These songs were written and mostly recorded in the corner of my bedroom during lockdown and while they may not fit a style continuity of the project I originally had in mind, they fit what has been in my heart this very moment and are bursting with my hope for the future. It is with such immense gratitude that I get to release Harmony to you now. I hope that every ounce of the love and healing I experienced recording it finds its way to you too.”

In addition to the new album, Groban will take fans on a virtual concert “tour” this fall with three new, intimate concerts filmed in-person and live streamed directly to audiences. Watch the full trailer HERE. In June, Josh performed his first livestream concert with high quality sound and lighting that was streamed to 63 countries around the world.

In November, Josh will perform a concert celebrating Harmony.The concert will take place on November 26, 2020 at 1pm PST / 4pm EST / 9pm GMT / 8am AEDT, with a second showing that same day at 5pm PST/8 PM EST. Individual tickets start at $25.

Tickets are on-sale now at JoshGroban.com/Livestream.

While currently unable to gather together in person, Josh has been connecting with fans from all over the world, online. Fans can also follow the hashtag #showersongs on Josh’s social media accounts to see special musical performances from Josh, filmed at home. Watch them HERE.

Recently, Josh was featured on CBS Sunday Morning where he talked to Tracy Smith about dealing with isolation, the postponement of his Great Big Radio City Show, learning to cook, singing in the shower and working on new music. Josh also showcased a beautiful, brand new song entitled “Your Face.”  Following the broadcast, Josh was a guest on CBS Sunday Morning’s Facebook Live Chat.