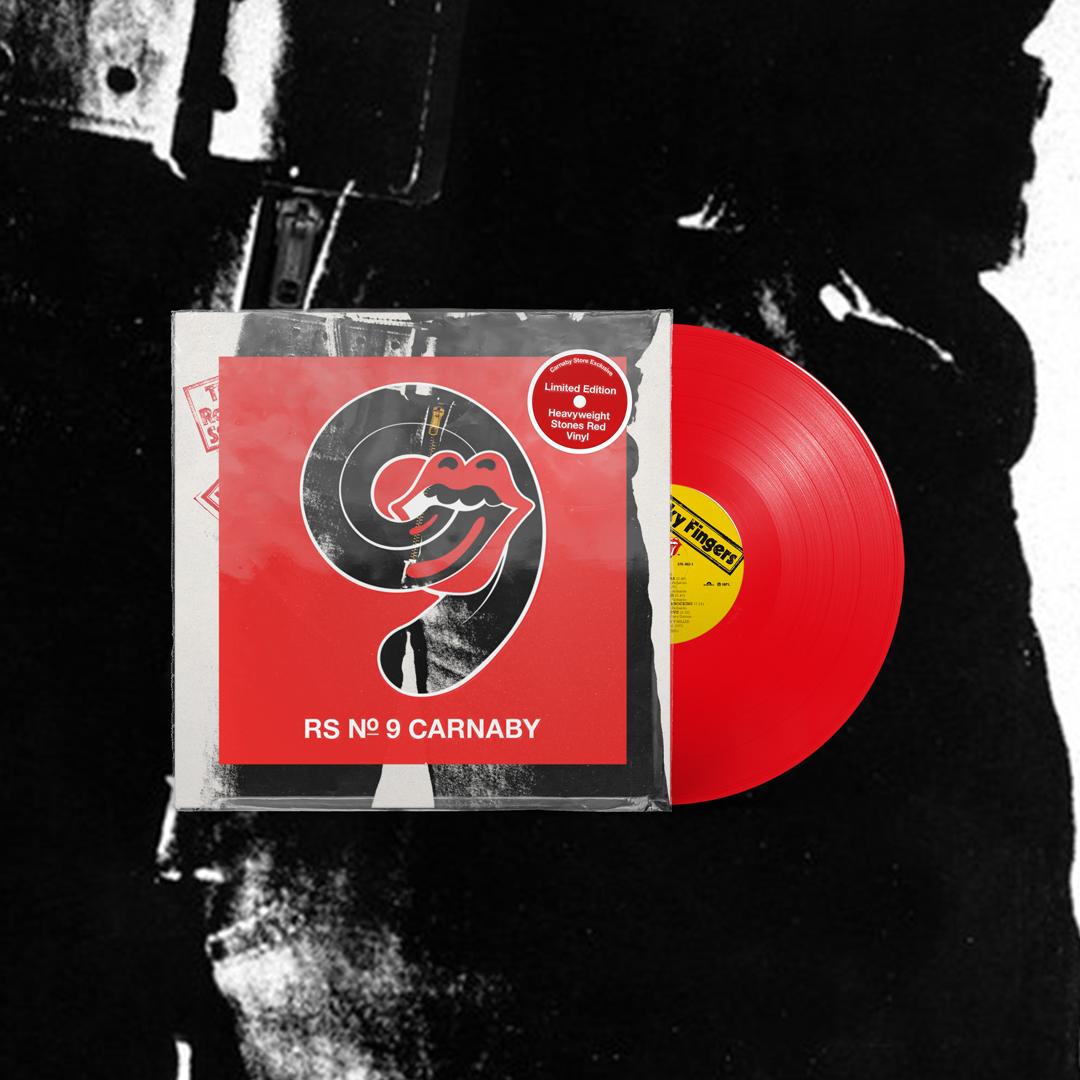 The Rolling Stones announce a limited edition release of Sticky Fingers, the latest instalment in their series
of vinyl records in the new ‘Stones Red’ colour. 2021 marks the 50-year anniversary of the Rolling Stones album Sticky Fingers – which features some oftheir most ic onic songs, including Brown Sugar, Wild Horses and Moonlight Mile and was the first use of their now globally recognised tongue and lips logo, designed by John Pasche. On 3rd December an exclusive 500 copies of the limited edition red Sticky Fingers vinyl will be available to purchase in the flagship store at 9 Carnaby Street. Then, from 8pm GMT, a final 500 copies will be available
to purchase exclusively on the RS No.9 Carnaby official website carnaby.therollingstonesshop.co.uk For the launch of the store in September, the band released the same number of limited edition ‘Stones Red’ Goats Head Soup 2020 Vinyls, which sold out in under 24 hours. Fans will have to be quick if they want to secure one of these coveted collectables. The store opens at 10am on Thursday 3rd December and the vinyl is priced at £25. Customers can also shop the new AW collection of menswear, womenswear and childrenswear apparel alongside accessories and collaboration pieces.