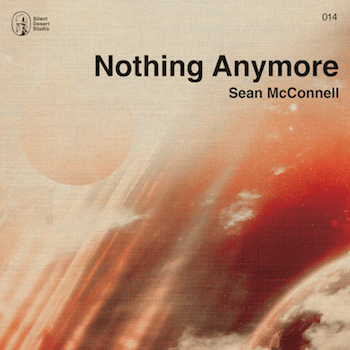 “The 13-track collection is an edification incited by the often crippling stillness of an era of unknowns.” — American Songwriter

“‘Nothing Anymore’ is simply a statement of what I know, which is nothing,” says the GRAMMY-nominated singer, songwriter and producer. “Life is grey, not black and white. I’ve come to that conclusion through pain, as well as joy. Through suffering, as well as euphoria. Through gain and through severe loss. Especially this year.”

“The older I get the less I claim to know,” he adds. “While I believe in a love that animates all, there’s also a certain amount of mayhem and lawlessness that I can’t deny.”

Proclaiming “a jack-of-all-trades is too cheap a title for the sought-after songsmith,” American Songwriter previewed the “haunting” track on Thursday (read it here), following an earlier preview of the album’s lead track “13th Apostle” (9/4) by Billboard, which praised the tune for its “earthy, rollicking piano center” and it’s perfect balance of “country and gospel as he declares himself the apostle that no one has ever heard of, though he is no less devout.”
Stream/download “Nothing Anymore” HERE.

ABOUT SEAN McCONNELL:
GRAMMY-nominated singer, songwriter and producer Sean McConnell’s latest collection of songs, A Horrible Beautiful Dream, approaches the difficult task of asking questions of what one really thinks they know, in the simultaneous struggle of not being afraid of the answers that emerge. Musically, the project wraps McConnell’s rich voice in moments of dark intimacy as well as vivid brightness, and guests such as The Wood Brothers, Natalie Hemby, Audra Mae and Dan Tyminski underscore McConnell’s versatility as creative partner and commentator. McConnell’s goal in the creation of A Horrible Beautiful Dream was an album reflecting the chaotic time in which it was made, but still striving for timelessness. “You can look at the suffering of the world and you can look at the beauty of the world and you can hold them in your hands and just be present with that and not have to even understand it,” he says. A Horrible Beautiful Dream follows McConnell’s Secondhand Smoke (2019). A revered songwriter and producer, McConnell has written for Christina Aguilera, Michael Franti, Brett Young (including Young’s double-platinum hit “Mercy”), Tim McGraw, Brothers Osborne, Ashley Ray’s critically acclaimed (Stereogum‘s #8 Best Country Album of 2020, NPR’s #26 Top Album of 2020) Pauline — which he co-wrote and produced — and more.