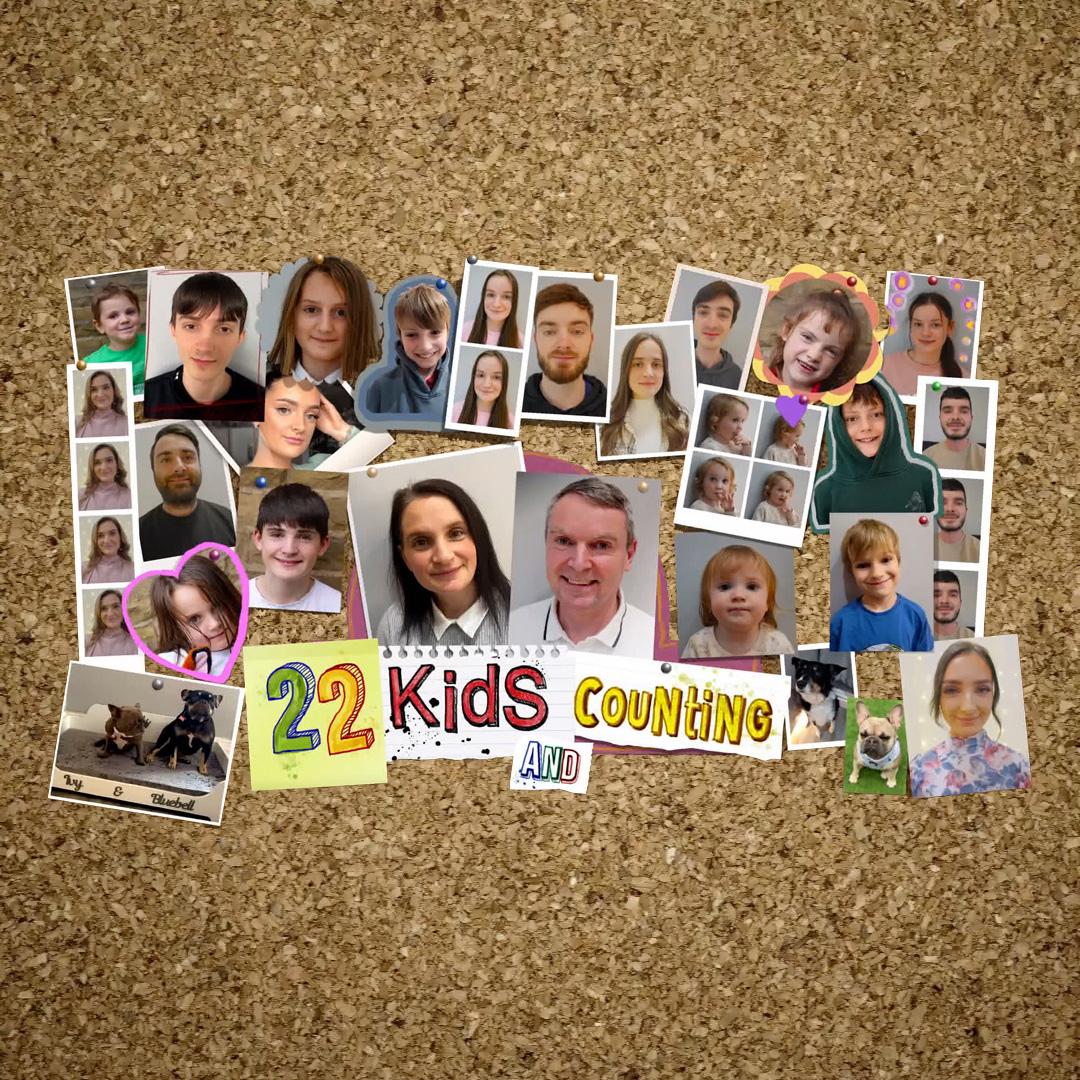 Hey everybody it’s Tyler here. I am doing a deep dive into Channel 5’s 22 Kids and Counting.

22 Kids And Counting is a TV series starring Britains biggest family, The Radfords, who hail from Morecambe on the Lancashire coast and have 22 Kids ranging from 32 to 2 years old.

It is narrated by Coronation Street Actress Sally Lindsay but the Christmas edition was narrated by Simon Callow.

They first became well known in 2012 when they starred on 15 Kids And Counting and as of 2022 they have 22 Kids plus nine - soon to be 10 - grandchildren and four step grandchildren .

Filming process for the programme began in mid-2020 during the height of the pandemic, and Series One, which was a four-part series was first broadcast on 22 Febuary 2021 and ran until March 15. Series One  covered having a baby during a pandemic, going back to school and becoming grandparents . It proved to be so popular that in Summer 2021 The Radfords announced on their YouTube channel that they were filming a 10-part series which Included a Christmas special.

On 19 December 2021, 22 Kids and Counting at Christmas was broadcast, which was showing the family doing Christmas shopping, meeting Santa in Lapland and helping out in a shelter.

After the Christmas Break on 5 January, 2022 22 Kids And Counting Series Two was broadcast back onto our screens and had a break after 23 Febuary 2022. As it was doing so well Channel 5 decided to broadcast the last two episodes in the Summer.

On May 29 The Radfords were back on our screens and wrapped Series Two up on Sunday 5 June. Series Two focused on the move to a bigger premises for the bakery, Family Holiday and the arrival of their new grandson.

As of now they are already filming for Series Three, which I am really excited for as I like this family and I got into them in the Summer of 2020 when I was flicking through YouTube.

They never fail to make me laugh and I have been rewatching their older series on W.

The Radfords also have a very sucessful YouTube which has 343,000 subscribers, where you’ll find them vlogging about birthdays and loads of fun activities or cooking on a budget.

22 Kids and Counting is one of my Top 10 Programmes and I am really looking forward to see what Series Three brings. We shall wait and see.

Why are UKGC betting sites the safest bet

Helpful Tips for Getting Wedding Guests to RSVP