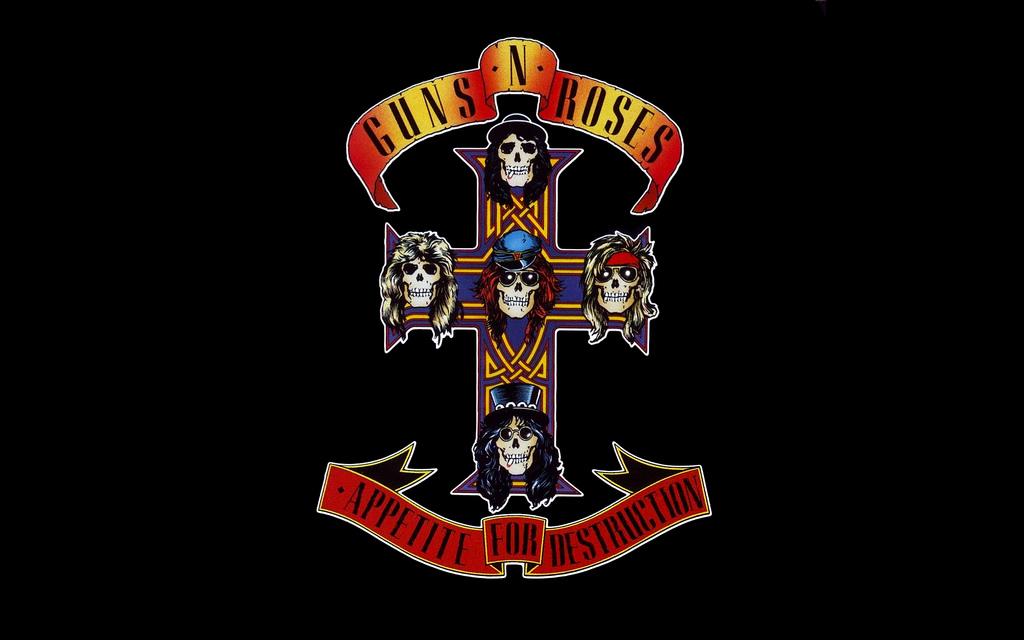 Following almost two decades of denial and rumours, Guns N Roses finally announced that they would be reunited on a reunion tour in January 2016. Since the mid-90s, fans and foes alike had claimed that a reunion tour would never occur, but few were more vocal about the impossibility of a reunion than the actual band members themselves. After all, in 2012 Guns N Roses’ frontman Axl Rose was asked if the original Los Angeles band members would ever come together again and bluntly stated: “Not in this lifetime”.

Of course, this proved to be unfounded as the increasing demand to reform the band continued to grow. Thus, just a few years after Axl Rose’s confident statement that Guns N Roses would never reunite, Guns N Roses headlined Coachella 2016 and the ironically titled Not in This Lifetime Tour was announced. The tour was spread over 21 cities in the United States before additional tour dates were added for Latin America, Asia, Oceania and Europe in 2017.

Finally, the band arrived for two shows at the Olympic Stadium in London earlier this year in June. Over two perfect summer evenings, Guns N Roses came alive to deliver hours of rock that moved and excited the crowd much like it had all those decades before.

Rose even wore his trademark uniform of sunglasses, a Harley Davidson t-shirt and a bandana, which was wrapped around his waist. Of course, Slash was right beside Rose at all times, donning his usual top hat as his orange Les Paul shone in the setting sun. The band began with It’s So Easy on the first night, before shredded through their hits including Welcome to the Jungle, Sweet Child O’ Mine and Mr Brownstone. During the three-hour performance, they even gave nods to their personal influences: Pink Floyd, The Who, Eric Clapton and The Misfits. As Soundgarden’s Chris Cornell had passed just a month before the concert, they also dedicated a tribute to him.

There was no doubt in anyone’s mind that Guns N Roses stood out and surpassed expectations just like they always had. Ever since the band formed back in 1985 Los Angeles, Guns N Roses have continued to rise to new heights. They released the most popular, highest selling debut album of all time in the United States and continued to grow from there. The members vehemently rejected the poodle hair of the 80s LA metal scene, and instead added punk influences to their music, as well as Lynyrd Skynyrd, Elton John and Queen influences.

Even before the reunion tour was announced, Guns N Roses remained relevant in mainstream culture. In 2014, Axl Rose received a Ronnie James Dio Lifetime Achievement Award at the Revolver Golden Gods show just two years after the band was officially inducted into the Rock and Roll Hall of Fame. The band’s official merchandise (including a Guns N Roses hair dryer) continued to sell, while many of their songs appeared on the console game series Guitar Hero.

In 2015, iGaming software developers NetEnt published a Guns N Roses online slot as the first instalment of the NetEnt Rocks slots trilogy. To this day, the slot remains remarkably popular on sites such as VideoSlots.com as it features official music, symbols and characters licensed by the band themselves. There are even still high-quality bonuses available from sites like Oddschecker, with free spins and no deposits on offer as though the game was still a brand new release.

Thirty years after the release of Appetite for Destruction, Guns N Roses well and truly rocked the Olympic Stadium in London. However, it was not the first time the band had come to the United Kingdom, in fact some could argue it wasn’t even their best UK tour date. No, if anything, the band’s performance at Wembley Stadium wasn’t even the best show they’d put on at that venue, it was the second. Arguably, it was only the third best UK tour date they have ever done. Here are the two UK tour dates that outshined even a massive reunion after decades of silence:

In the early days of Guns N Roses, the band’s first ever European shows were performed in London, England. Some of these shows took place at the notorious Marquee Club, Soho where all three nights were sold out. In late June 1987, 1,500 Guns N Roses fans came together in the tiny establishment to watch their favourite band, but it was the third and last night that people still talk about to this day. Sure, the band performed their usual material from Appetite For Destruction, but also added covers including Nice Boys and Whole Lotta Rosie by AC/DC.

Though the entirety of the massive Use Your Illusion tour was celebrated as a success, one of the best nights was undoubtedly June 13 at the iconic Wembley Stadium. A lot of great things happened that evening. Faith No More and Soundgarden warmed up the crowd as Guns N Roses’ opening acts. Sid Vicious’ cover of My Way blurred from the sound system before the band took to the stage with their classic opener It’s So Easy. At some point, Rose asked for security to throw out an unruly crowd member before someone else managed to make their way on to the stage to hug Slash. Undoubtedly the maddest thing that happened on that June night though was the fact Brian May of Queen came out on stage to perform two classic Queen tracks with the band including Tie Your Mother Down.

Just listening to the two videos we’ve inserted of these performances is enough to give even the most relaxed music fan chills. You can just imagine fans cheering, watching slack-jawed as they become part of the overwhelming crowd who just love Guns N Roses so much. Really, it’s no surprise that the band have had so much success returning after all these years.

Of course, their current tour isn’t over yet, with planned dates for well into November. The band are currently in Canada accompanied by Our Lady Peace and Royal Blood, though they will soon be returning to the United States with ZZ Top. It doesn’t look like they will be returning to the United Kingdom this year, but there is always hope for the future. This is especially true considering this very tour was slated to never happen “in this lifetime”. So keep rocking, keep rolling and keep hoping that Axl and Slash will once again return to the UK.