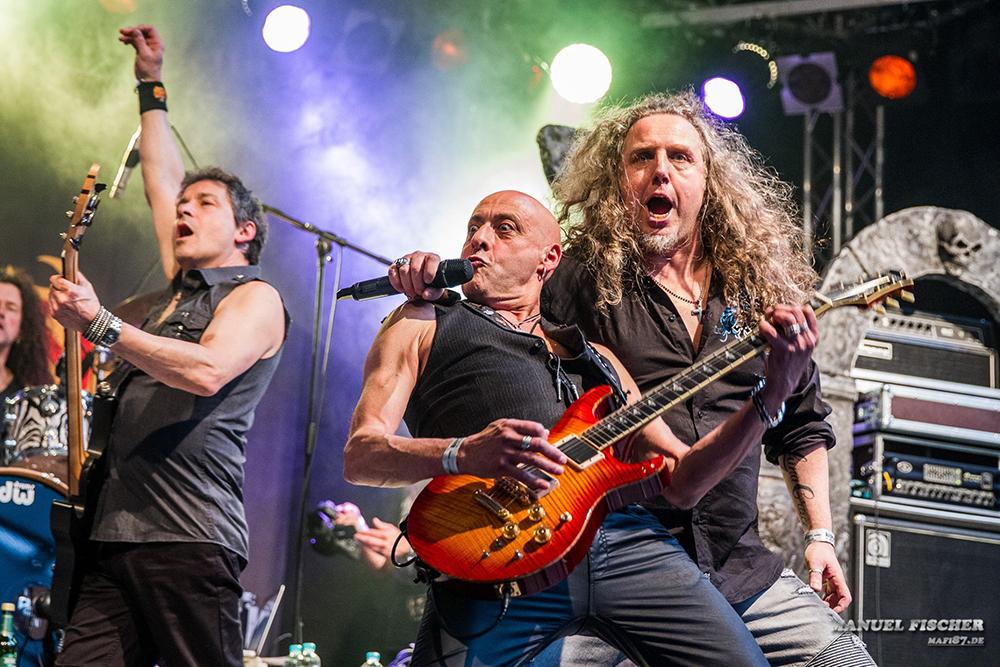 One of the great British metal bands of the 1970s, Praying Mantis perform at Arlington Arts Centre in
Newbury on Thursday 07 October.

Praying Mantis were formed in London way back in 1973 by brothers Tino and Chris Troy. They
released their latest CD / DVD ‘Keep it Alive’ in November 2019 and their recent studio annum ‘Gravity’ Was released to critical acclaim by Frontier Records in 2018. Mantis continue to tour and record into 2020 and beyond.

In 2019, they celebrated the 40th Anniversary of the New Wave of British Heavy Metal (NWOBHM) The movement was formed in London in 1979 when DJ Neal Kay provided the platform for such bands as Praying Mantis, Iron Maiden and Angel Witch.

Thanks to the incredibly loyal fans around the world Mantis continue to promote their own more melodic style of NWOBHM whilst touring the world.

Vambo’s inspiration stems back to the hard rocking 1970’s and at the same time they remain contemporary in both song writing and recording. Together their music is organic, dynamic and overflows with raw energy and passion which reflects the unique musicality within the band.

You get great, original music performed by four musicians of the highest calibre bringing an exciting live
show that will be long remembered by the audience.

Based on the southern edge of sprawling London, Vambo released their self-titled debut album to critical acclaim in October 2019.

Christmas at Wiltshire Creative announced: including Winter Wanderland, events, crafts and festive entertainment for all