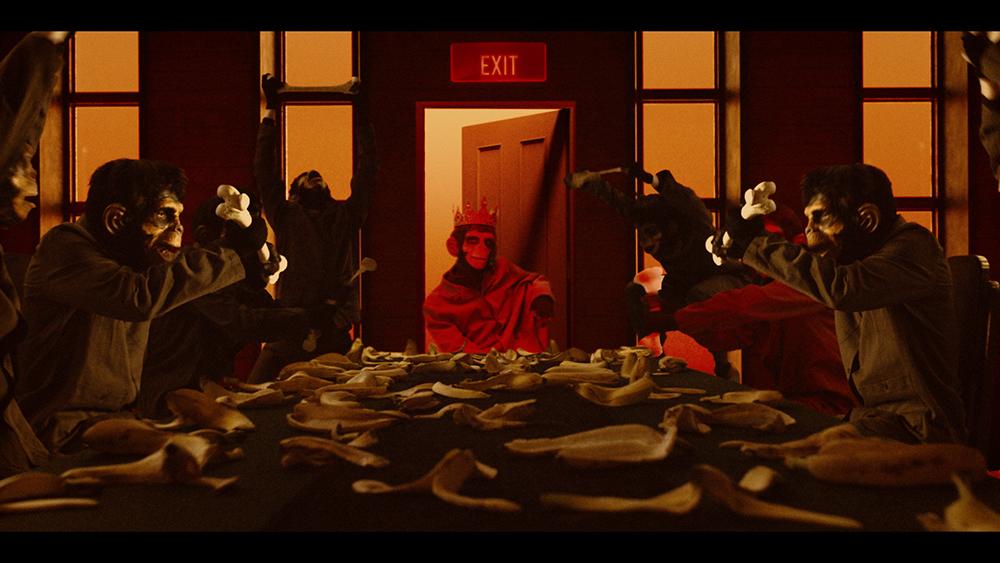 Martin Gore, songwriter and founding member of Depeche Mode, has today released the hypnotic video for his haunting new track, ‘Howler’, directed by the acclaimed NYSU (Bastille, New Order, Wild Beasts). The track is taken from the forthcoming 5-track instrumental EP, The Third Chimpanzee, out 29 January 2021.

Like a recurring nightmare that gets more vivid as time passes, the video draws on the pulsating beat of the track, taking us further into the torment as the video draws to a climax.

“I resynthesized my voice and used warped delays and other manipulation effects on ‘Howler’.  The end result was a sound that wasn’t quite human, more monkey like.” Martin said of the track. “I really liked the idea of blurring the lines between monkeys and humans. Sometimes I think we just feel that we’re so evolved, and that we’re so much better. I have been questioning that quite a lot recently.”

NYSU said of the video, “On first hearing ‘Howler’ there was a feeling of being inside a monkey’s brain, its consciousness. It was brutal and primitive but, at the same time, so smart and almost human. The video is an attempt to reflect that, portraying the precise moment when apes evolved into a man or maybe a human regressed into an animal form.”

Watch the video for ‘Howler’: https://youtu.be/osewmILqfck

Today, Thursday 28 January 3pm EST / 8pm GMT / 9pm CET, Martin will exclusively broadcast the full EP live through his Facebook page, providing commentary during the stream. The Third Chimpanzee will be released digitally, on CD and on Azure Blue Vinyl the following day.

It’s been five years since Martin released his acclaimed instrumental album MG. In 2017 Depeche Mode released their global monster Spirit and were recently inducted into the Rock ‘n Roll Hall of Fame. Tune into some of Martin’s influences and favourite acts with his latest playlist HERE.