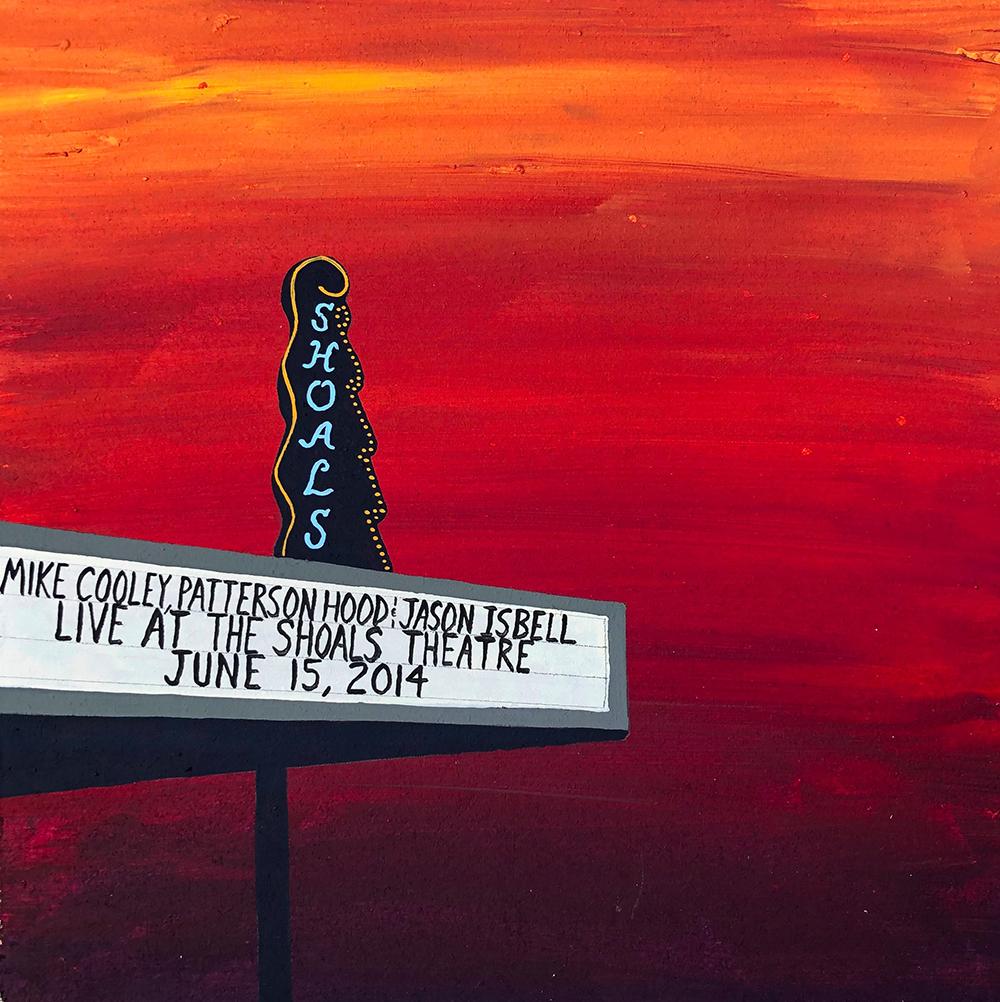 Nearly seven years ago, Jason Isbell reunited onstage with former Drive-By Truckers bandmates Patterson Hood and Mike Cooley for a special round-style night in Muscle Shoals Music. The setlist includes acoustic versions of Isbell-era Truckers gems including ‘Heathens’ and ‘Zip City’, as well as post-Isbell Truckers tracks like ‘Space City’ and solo Isbell favourites such as ‘Cover Me Up’.

This special event was recorded live at the Shoals Theatre in Florence, AL on June 15th, 2014 by Dennis Crosby, mixed by Gena Johnson and mastered by Pete Lyman.

The 4 LP Box Set (Blue & Red) comes in a high quality matte finish and also includes liner notes from Patterson Hood. All pre-orders of ‘Live At Shoals Theatre’ receive an INSTANT DOWNLOAD of the entire LP.

The release comes off the back of Isbell’s incredible melody packed latest album ‘Reunions’ - out last year - recorded with the 400 Unit and produced by celebrated producer and long time collaborator Dave Cobb - shooting into the UK Top 20 album chart. The result was a seamless collection of ten new songs that delve into relationships with lovers, friends, children, parents, and one’s self.

Drive-By Truckers released two critically acclaimed albums in 2020. THE NEW OK was the band’s 13th studio album and was released in the fall, arriving mere months after the release of THE UNRAVELING. Originally conceived as a quarantine EP collecting material recorded in Memphis during sessions for THE UNRAVELING, THE NEW OK project quickly grew to include provocative new songs written and recorded over what Hood calls “this endless summer of protests, riots, political shenanigans and pandemic horrors.”THE UNRAVELING was released in January of 2020 and was the band’s first new LP in more than three years – the longest-ever gap between new DBT albums. It was recorded at the legendary Sam Phillips Recording Service in Memphis, TN by Grammy Award-winning engineer Matt Ross-Spang and longtime DBT producer David Barbe.

With every new release, we are offered an artist at the height of his powers, fully charged with creativity and confidence. This special 4 LP box set is yet another impeccable addition to his already impressive discography.