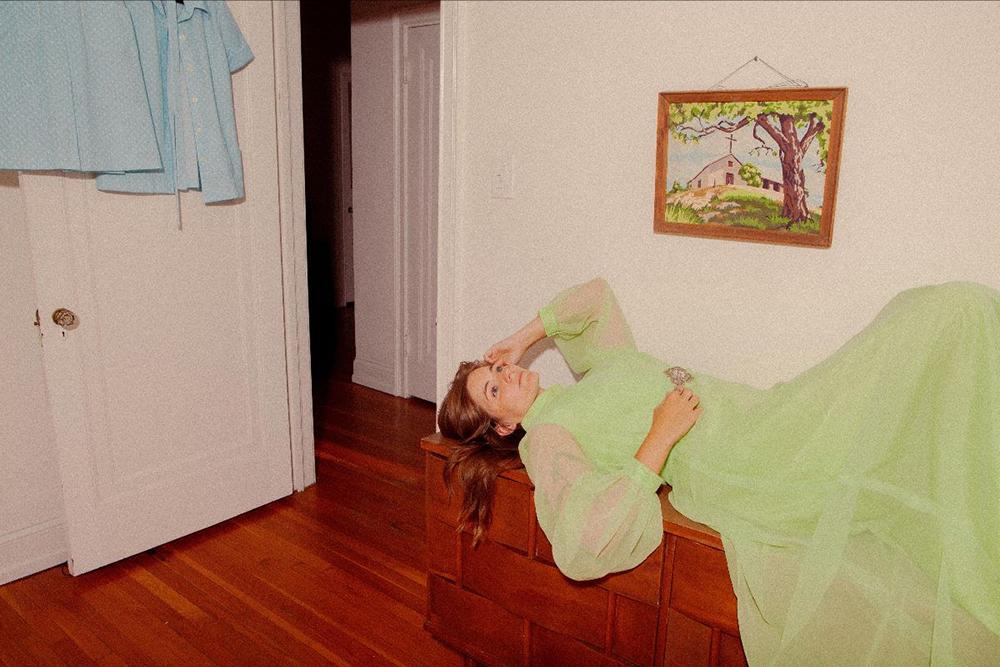 “Cosmic Sigh” is a lush swirl of cinematic strings and pop production, shaping this would-be contemplative number into a rush of clear-eyed optimism, the perfect soundtrack for entering into a new year. Indeed it has the soundscape of a black-and-white film turning into colour, in which a protagonist steps out on her own, damning the nay-sayers and sticking to her guns.

Erin Rae says of the creation of the song, “For me, “Cosmic Sigh” is telling the story of the turning point in healing, in which you start to see the light at the end of the tunnel, or hope that a new way of living is starting to feel more comfortable; that life is expanding. Something I have learned many times now is that when things start to change, even for the better, it can be intimidating and uncomfortable. The familiar ways of operating, though harmful or painful, can try and draw you back in for a few rounds. Two steps forward, one step back. “Cosmic Sigh” is about the fortitude within; the commitment to have faith in the unknown, and stay the course the intuition is hinting at, and eventually, hopefully, trusting oneself.”

“Cosmic Sigh” follows the release of “Candy & Curry.” Erin also released “Modern Woman” currently charting on the Americana charts, which debuted with a video featuring Brittany Howard, Kelsey Waldon, and other women of Nashville bucking assumptions of what it means to be a modern woman.

Three years have passed since the release of her critically acclaimed debut Putting On Airs, which drew high praise across the board. She mostly spent her time on the road, performing at Newport Folk and Red Rocks, sharing stages with Iron & Wine, Jason Isbell, Jenny Lewis, Hiss Golden Messenger and Father John Misty, before her touring came to a sharp halt at the start of the pandemic.

Alongside Erin, Jonathan Wilson contributed various instruments including drums and is noted for his work with artists from Father John Misty to Roger Waters. The album also features a core band of Drew Erickson on keys, noted for his work Lana Del Rey, Weyes Blood and Jake Blanton on bass who has worked with bands including The Killers. The album also features guest appearances from fellow rising star singer songwriters, Meg Duffy, Ny Oh, and Kevin Morby.

Forming a sophisticated soundtrack for Rae’s distinct vocals to shimmer and shine. Her distinct vocals offer us a much needed alternative to the criticism we can wield upon ourselves and others as we all try to navigate these turbulent times.

Erin Rae’s Lighten Up will be released on Feb 4, 2022 on Thirty Tigers, to pre-order please visit: https://ffm.to/lightenup-eu