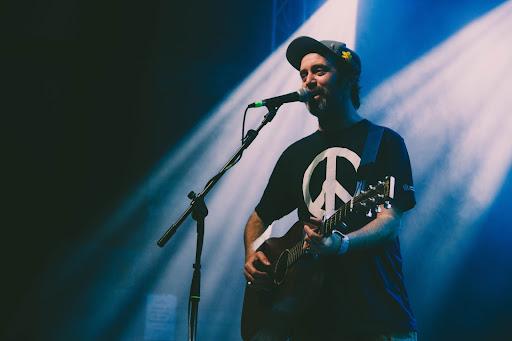 Outlaw folk musician - Beans on Toast - will be “Back Out On The Road” next Spring.

Tickets are on sale now at https://beansontoastmusic.com/live-shows/

Following the success of his extended UK tour earlier this year, the cult musician has already plotted his return with a “mahoosive ramble” for 2023.

One man and his guitar with songs to sing and stories to tell, UK fans will be able to catch him performing at 30 of the country’s independent venues throughout February and March 2023.

Speaking about the upcoming tour Beans says: “Folk music is an age-old art form, and it’s more relevant than ever in these wild and crazy modern times. You can expect an inspiring and entertaining gig, a relaxed and fun affair that leaves you feeling like you’ve met up with an old friend, and you’re all the better for it.”

10 - MANCHESTER Band On The Wall

A spokesperson for the artist said: “Since 2005, Beans on Toast has written simple songs about complicated subjects. Tackling the big issues of the day but doing so with his feet firmly on the ground, he’s become a people’s champ of the modern folk scene and amassed a huge back catalogue of songs in the process.

“An unrepentant optimist whose songs celebrate all that is wonderful about the human spirit, his live shows are similarly uplifting and have taken him from SOLD OUT headline shows in the UK to the stages of major international festivals across the globe. “

Releasing his latest studio album at the end of 2021, ‘Survival of the Friendliest’, the record proved a hit with fans and critics alike, with RNR Magazine praising “the lyrics shimmer with Beans’ trademark of truth and humour.. Captivating”, whereas Louder Than War hailed it as “the perfect antidote to re-energise us all”.

More information can be found online at:
w/ https://beansontoastmusic.com