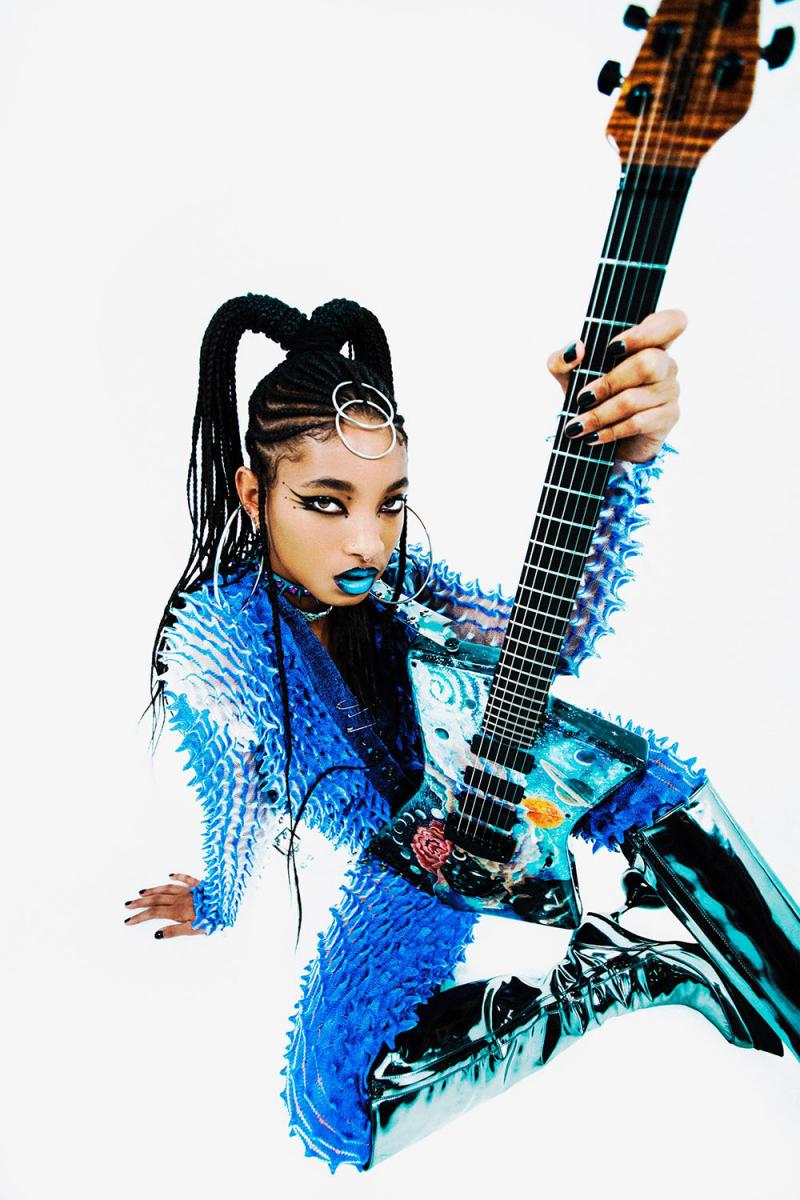 The singer’s latest release, ‘Lately, I feel EVERYTHING’ is available now.

At 20 years old, Willow Smith has spent half of her life in the music industry. Her new single ‘Lipstick’ and the album release are described as ‘a love letter’ to her ‘constant evolution.’

Smith began working on the album during the pandemic in 2020. As restrictions freed time up for her to work from home, she began recording demos that she later re-recorded in a studio, once she felt it was safe to do so.

‘Lately, I feel EVERYTHING’ is described as ‘channeling the pop-punk and emo heroes she adored as a teenager.’ Smith said: “I thought this was a really dope outlet for a new energy I wanted to bring to my music.”

Smith said originally she was ‘sceptical of her own ability to channel that rock side.’ She said: “I never felt like I
could sing that kind of music because I was always trained to sing R&B and pop.”

The singer’s own guitar playing factors into the project, which is something she said she was inspired to do by her mother’s band. Willow Smith has been playing the instrument since she was around 14, and she said it was part of a conscious effort to prove herself as a musician and songwriter, one that could have total involvement in more than the lyrics.

The songwriter said: “I personally feel it’s just really important to play an instrument if you’re going to have a career in music. Songwriting is 15 million times easier when you can actually write the songs.”

Smith’s single ‘Lipstick’ follows the release of her previous single, ‘Transparent soul’ featuring Travis Barker. The artist performed this song on The Tonight Show with Jimmy Fallon. ‘Transparent soul’ has been awarded much praise:

“Willow is back, and she’s stepping on necks on the way…Shredding on the guitar, she radiates power” - New York Magazine

“Willow Smith goes full pop-punk… the song draws from the music of Paramore, Fall Out
Boy, and Barker’s own band Blink-182, with hard-hitting percussion and pop-punk power chords on guitar” - Rolling Stone

“Thank God for Willow, tracking her metamorphosis from precocious neo-soul explorer to
out-and-out alt, kid. ‘Transparent soul’ is bratty in the best way, pushing the genre towards more diverse expression” – The Guardian Guide

“Willow Smith is ready to rock your world…fully embraces the alt-rock and pop-punk sound.
Complete with her own guitar playing and a head-banging chorus” - Harper’s Bazaar

“She is the moment…Over roiling guitars and Barker’s thunderous drums…belts in her best
pop-punk voice about seeing right through the haters in her life. It’s super catchy. In its
accompanying video, she channels the nostalgic fish-eye performance vids of pop-punk’s
golden era with her own chic twists…No doubt the pop-punk heroes of her youth, Hayley
Williams, Gerard Way, and Patrick Stump, would be proud” – NYLON

“Smith’s song doesn’t so much make the case for Black women in pop-punk as much as it
serves as a reminder that we’ve always been here. It’s a pop-punk banger for the ages.” - Jezebel

The tracklisting for ‘Lately, I feel EVERYTHING’ is as follows:

The album is available at https://willow.lnk.to/latelyifeelEVERYTHING