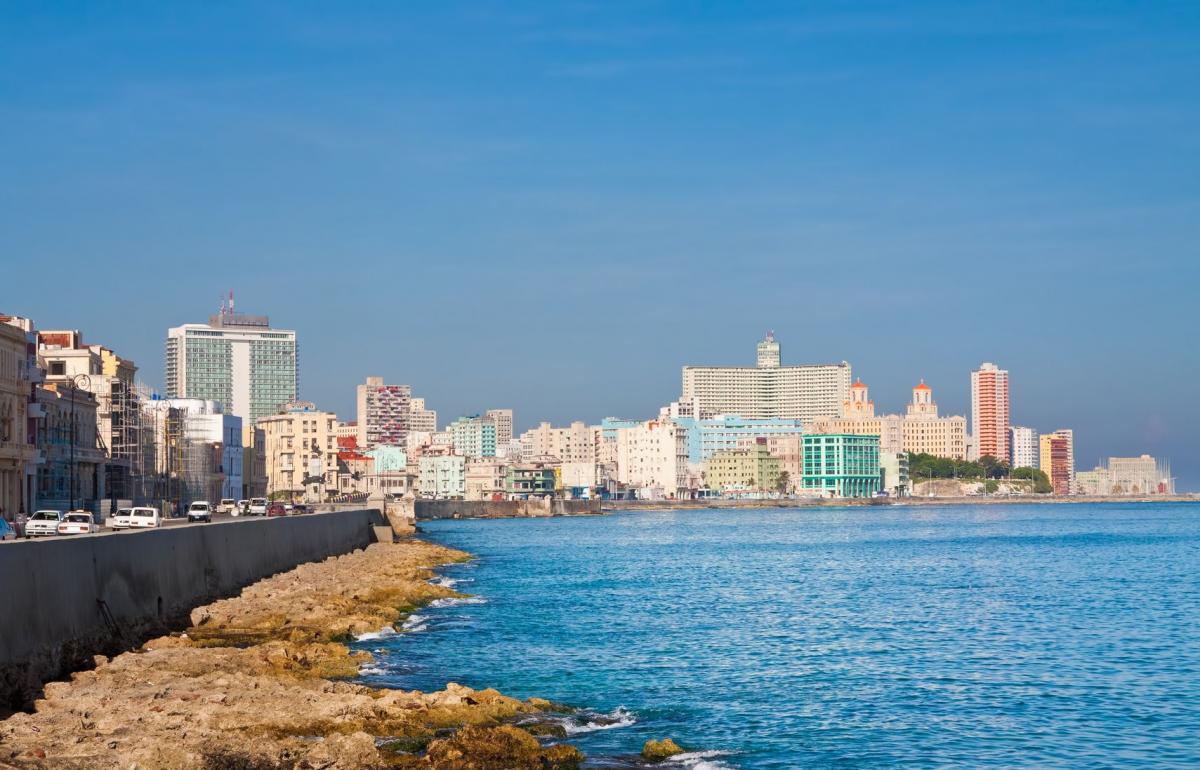 We know it’s still winter, and you’re longing for some warm weather to cast off those grey mornings and escape the day-to-day boredom.

So we decided to get some expert advice from Thomas Cook in West Swindon on the best travel destinations for 2017.

British holidaymakers are renowned for spending their time in the Mediterranean climates of Spain, southern France and the Balearic Islands of Majorca and Ibiza. But this year, our friends at Thomas Cook have predicted a continuation in the swing towards longer haul flights and more exotic locations.

Cuba, and in particular Havana pictured above, appears to be popular with the adventurous souls looking to step off the beaten track. Maybe this is because holiday makers want to experience this historic island before it becomes a US playground for the super rich, not dissimilar to Mexico and other Caribbean destinations.

The recent departure of Cuban revolutionary leader Fidel Castro could potentially signal the green light for a tourism explosion in the country too, and keep the island in the minds of many a holidaymaker in 2017, so our advice would be to look into travelling to the Caribbean sooner rather than later. Before the Americans move in.

Speaking of the United States, a favourite for British tourists has always been Florida. Of course, DisneyLand has always been a key attraction for families, as have the other theme parks like Universal Studios, Busch Gardens and SeaWorld. But the Floridian attractions have begun to show their age in the 2010s, and with the main water park attraction Wet ‘n’ Wild due to close soon, the Sunshine State could be about to undergo a bit of a makeover.

Our advice would be to counter the logical step of keeping away from the US at the moment (no that’s not a political statement) and grab some deals whilst you still can. Aside from the brilliant weather and usual US hospitality, there is so much to see and do in Florida besides just visit the theme parks.

Adventure seems to be the call of the younger travellers, with long haul options actually getting far more takers than you think. Our experts at Thomas Cook advised us that last year they saw hundreds of people taking the “braver” option to head further east than convention would allow, and jetting off to destinations like Vietnam, Cambodia and Thailand.

And we aren’t just talking about the yobbos who tear around Bangkok looking for a cheap….tattoo.

These eastern delights are often seen by Brits as off the beaten track, or too far away to justify the costs of long haul flying, but if you take the whole experience into account, these destinations actually prove to be great value for money. The initial outlay for a return flight in April to Cambodia with baggage for a two week stay starts at just under £400! You can’t get the same kind of deal for the Costa Del Sol if you tried, when you take into account hotels, food and things to do once your boots are on the ground is so much cheaper to someone used to paying for things in GBP. It’s the same story with holidaymakers jetting off to Sri Lanka, with its abundance of historical and natural wonders.

In 2016, cruises became one of the hottest products in a travel agent’s books, no longer acting as the mainstay of the older traveller. The latest ships have done away with the bingo halls, the discos that play tacky 70s music until 11pm only, the old camping chairs and assorted stereotypes and have replaced these with on board water parks, cinemas, high class restaurants and in some cases even indoor miniature theme parks!

Include into all of this the fact that you are constantly moving towards a different destination every day, like the Greek Islands above, you can essentially have all the joys of basing yourself in a four or five star hotel, with a different day out at each stop. What’s not to like?! No wonder families and younger couples have been taking to the water in search of something different from their holiday. Just remember to pack your sea legs!

If you forgot your sailors’ limbs and feel more comfortable on dry land, the classic holiday packages to Spain and the Mediterranean are still extremely popular. But don’t think this means it’s still going to be expensive. Families are still able to secure the best spots on those classic beaches and keep the bank manager happy with a little prior planning, so our best advice would be to stop in at your local travel agents as soon as possible and give yourself a six month window to fish in.

So 2017 is full of opportunity for those willing to head out there and grab it. In this crazy world there is always a corner you can sneak off to for some relaxation time or for some thrills and spills.

For more ideas on travelling this year, and for the best deals, we recommend heading to your travel agent early, have a good idea of what you want from your trip and your budget must be clear. There are absolute bargains to be had for those willing to take a chance.

But above all, make sure you have fun!

Send us your crazy holiday snaps and we could feature you in our next Get Away article. The sillier the better! Email mike@theocelot.co.uk