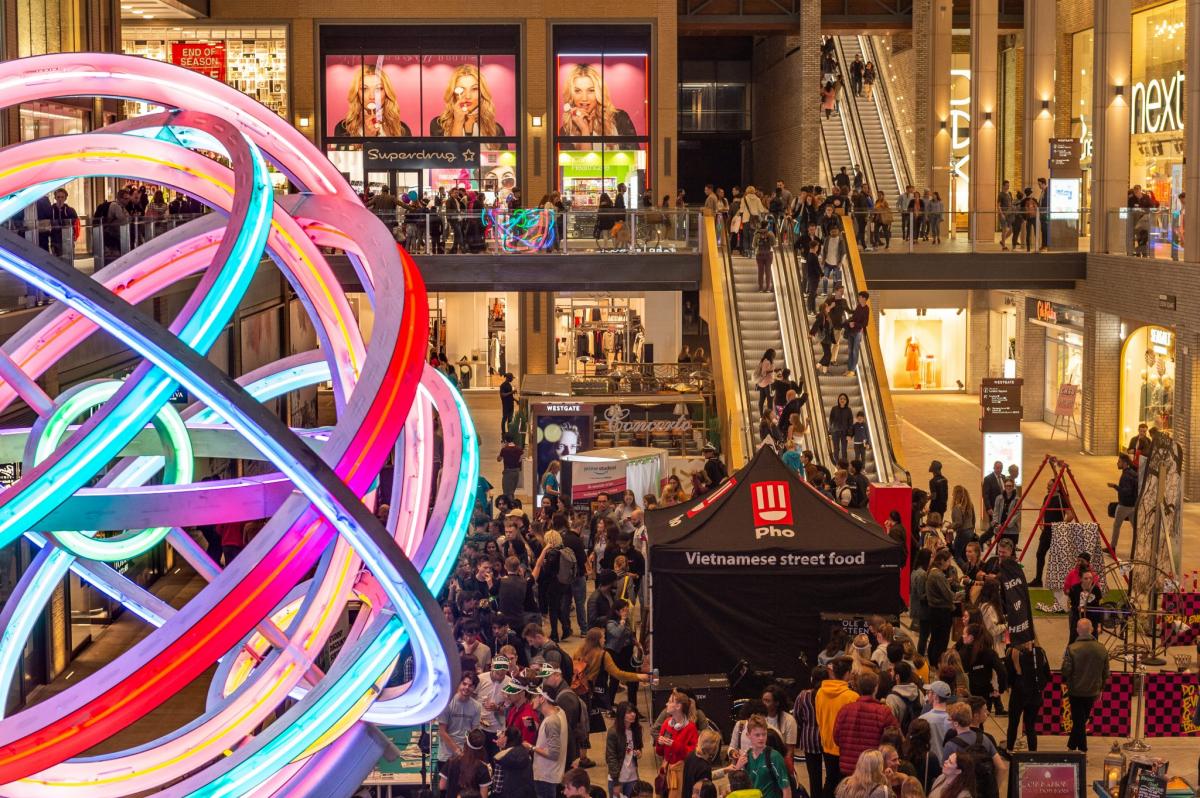 Westgate Oxford is marking its first anniversary with a special celebration parade, as new figures reveal the success the shopping centre has seen in just 12 months.

Visitors will be treated to performances from stilt-walkers, carnival dancers, jugglers and musicians from 4pm on Wednesday October 24, with the parade starting at 5.30pm. Shoppers can also snap a selfie at a flower wall. The celebrations come as new figures from Westgate Oxford reveal it has created the equivalent of more than 2,000 full-time jobs. The shopping centre also contributed to an 8.9% rise in footfall for Oxford city centre in the past year.

It has also been announced that Mango, Zara, Urban Outfitters and designer fashion retailer Flannels will be joining the line-up this autumn. Brendan Hattam, General Manager at Westgate Oxford, said: “We’re incredibly proud that Westgate Oxford has achieved so much in just one year, and thanks to the support from local residents and visitors alike, there has been a fantastic impact on footfall for the city. “We’re delighted that Westgate Oxford has played such an important role in strengthening Oxford’s reputation as a best-in-class destination, and drawing in visitors from further afield.

“We’re inviting everyone to celebrate with us at our parade where there will be plenty of amazing surprises in store.” Westgate Oxford opened October 24 2017, and has since welcomed retailers including Moss Bros, Buzz Gym, Escape Hunt and Hamptons-inspired restaurant and bar Victors. Australian homeware and kitchen retailer House also launched its first UK store at Westgate Oxford, and independent menswear retailer Burrows & Hare won two Drapers Independent Awards in the Best New Retailer and Best Store Design categories last month. For more information, visit westgateoxford.co.uk

Things you should know before planning your winter vacations to Snowmass

How to tell if you're a fedora-wearing pseudo intellect