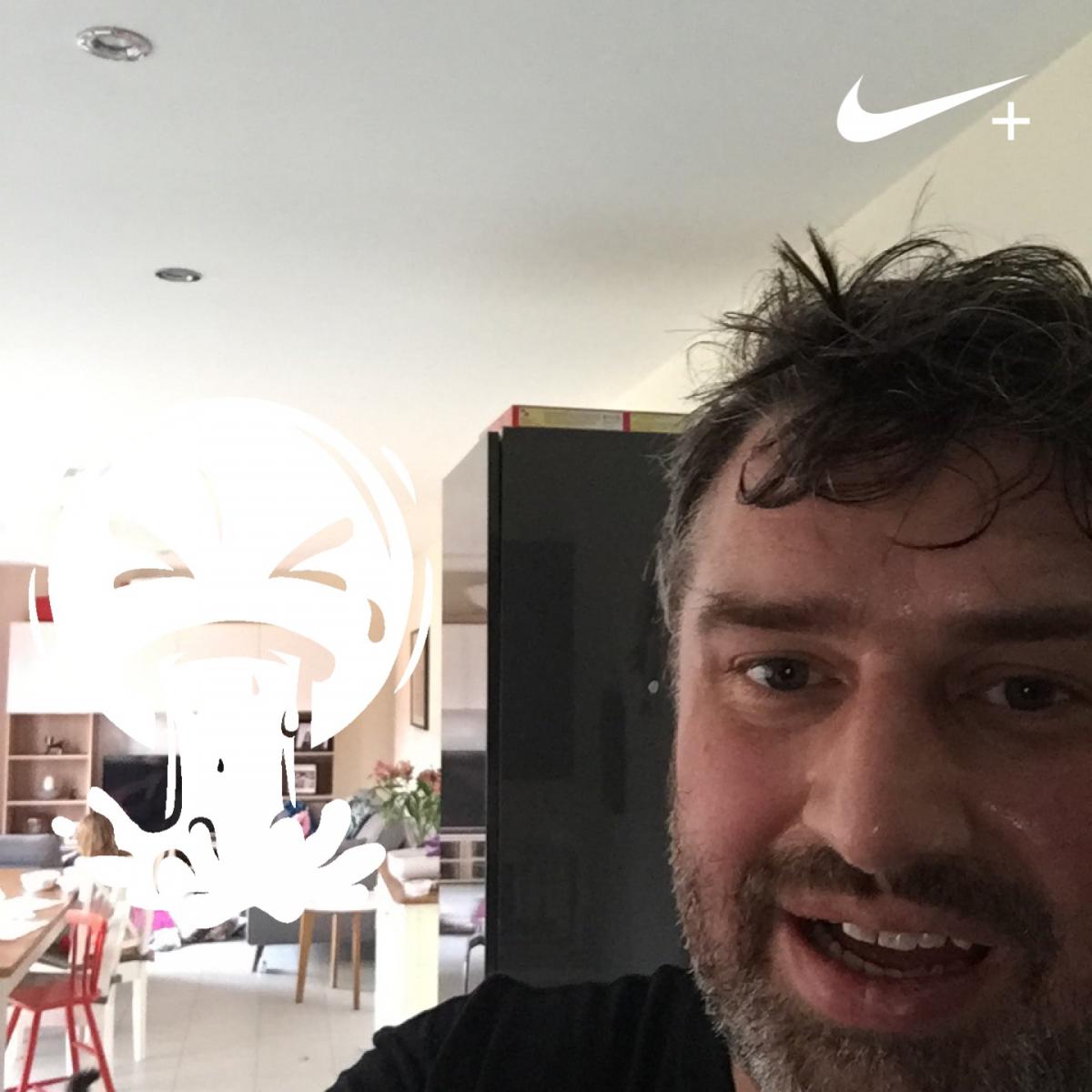 By Jamie Hill Technology is trying to sabotage my efforts. Well, when I say technology I mean my iPhone. I’m 18 months in to a two year contract with the bloody thing and it keeps going haywire. Firstly it’s deleted all of my contacts. For no reason. Just to be bloody minded. Now I don’t know who’s calling me and I have to hunt around like in the bad ol’ days 10 years ago for people’s bloody numbers. My iPhone knows how much of a pain in the arse that is. I can see it looking at me smugly right now wondering how to cause me maximum annoyance. And it keeps freezing. At the most inopportune times. Usually when I’m trying to answer a call. If that wasn’t enough, it also keeps turning itself off. I don’t know if you’ve ever seen the film 2001 when the on-board spaceship AI computer Hal goes a bit mad. Well it’s like that. Except with more selfies and less deep space. It also means I’ve been having to run with no music. I can’t run without music. It’s impossible. I can’t get no flow or rhythm. I can also hear my breathing. And that’s the worst part. There’s nothing more off-putting than my breathing. I sound like a wildebeest doing a Darth Vader impression. The technology breakdown has also led to other problems. Namely the bloody iPhone switching itself off just as I get to the end of my run using the Nike+ app meaning it doesn’t register the bloody run in the first place. This w

eek I had to do a mile as fast as I can. I ended up having to do it three bloody times because the iPhone continuously switched itself off. I’ve spent this morning updating it through the computer. But if that doesn’t fix it I’m going to have to pay whatever exorbitant price EE charge me to get it fixed. All this just so I can lose weight to do the Birmingham bloody marathon in October in aid of ICP Support. Read about the exact details here. Anyway as mentioned last week, from tomorrow I’m doing a seven day fad diet called the Grapefruit Diet found in a distant corner of the internet that is now long forgotten. It’s going to be seven days of hell but I did it last year and lost half a stone in the week (which I then put back on over the next few months by going on a Krispy Kreme rampage). I see it as a way of fast-forwarding my weight loss a bit to give me more chance of reaching my three stone loss goal. It involves a lot of grapefruits. And I mean a lot. Did you know that the grapefruit was bred in the 18th century as a cross between a pomelo and an orange? I didn’t. I just looked it up on wikipedia. I don’t even know what a pomelo is!

Apparently they were called grapefruit because of the way they grew in clusters similar to grapes. Well done whoever named them then. Very imaginative. Naming a fruit after another bloody fruit. I would have called them something more interesting like ‘Thunderballs’ or ‘Nigel’ or something. Anyway, they are very low in calories but contain loads of nutrients and that’s why they’re apparently quite good for weight loss. They’re also quite tasty and filling. Which is nice. Here’s what my week will consist of (please note that I can snack on as much grapefruit as I like throughout the diet) Monday January 30

Appetising isn’t it? I’ll have to let you know how I get on. So how much do I weigh now after my first full four weeks of this low calorie exercise plan? How has January treated me? On January 1, I was 18 stone 4 pounds with a 120cms waist. And now on January 29, I weigh 17stone 9 pounds and have a 113.5cms waist. Wow that’s a hell of a lot goodness right there. That’s an overall loss of nine pounds and my waist has gone down in diameter by 6.5cms. So I’m definitely on track so far… Yours happily, Fat Jamie