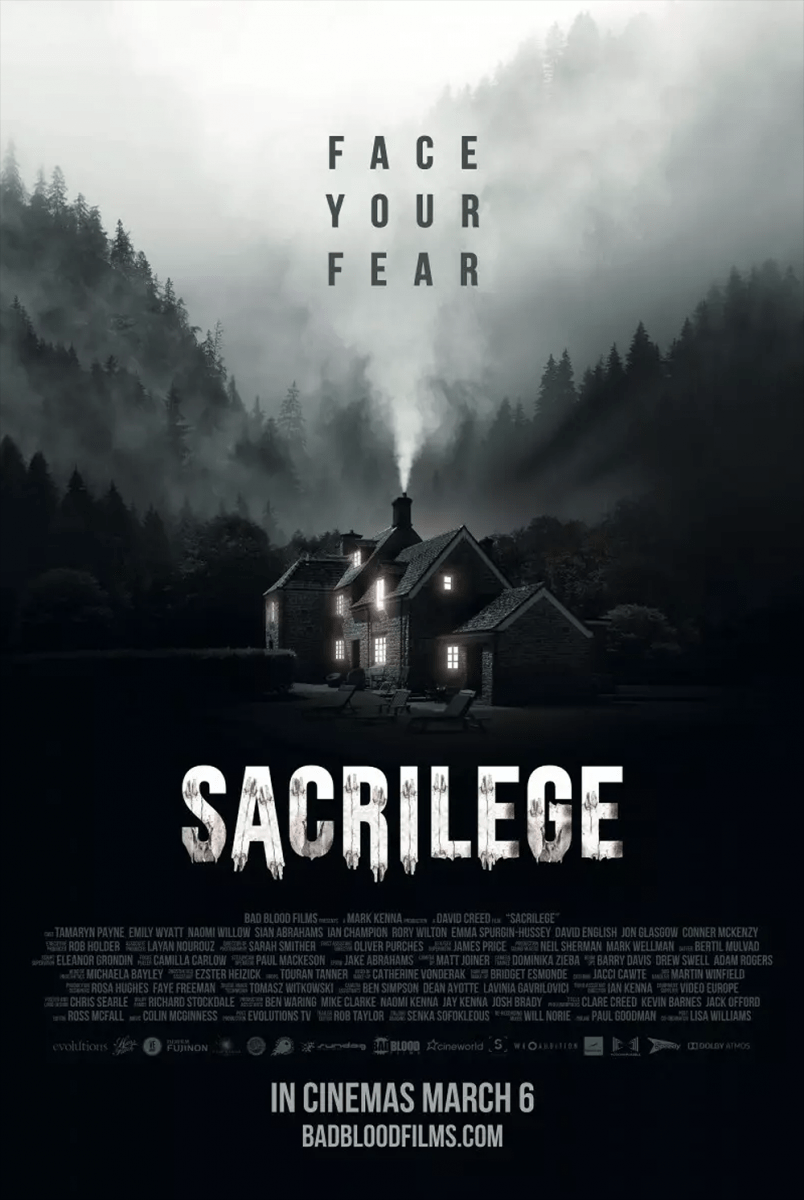 The Bad Blood Films feature will be released across all digital platforms on 27 September.

The film was shot in and around the South West of England by crew from Bristol.

A spokesperson for the films describes its plot: “Sacrilege follows four lifelong friends as they head to a remote lodge for a weekend of fun. What begins as an idyllic retreat quickly descends into a fight for their lives when a local Pagan cult offer them up to their Goddess as a sacrifice for the Solstice.”

The trailer can be viewed below:

‘Sacrilege’ has won ‘Best Horror’ at the FIFF London Awards and has been nominated for 2 Royal Television Society West of England Awards. The nominations were for ‘Best Composer’ and ‘Best VFX.’

The film company’s next feature ‘The Rippers Ghost’ is also said to be moving forwards.

Bad Blood Films are currently raising finance for production in early 2022 with the feature also aiming to be filmed in and around the city of Bristol.

The film company also have merchandise for fans of their horror films: https://www.badbloodfilms.com/shop

More information about Bad Blood Films can be found at https://www.badbloodfilms.com/