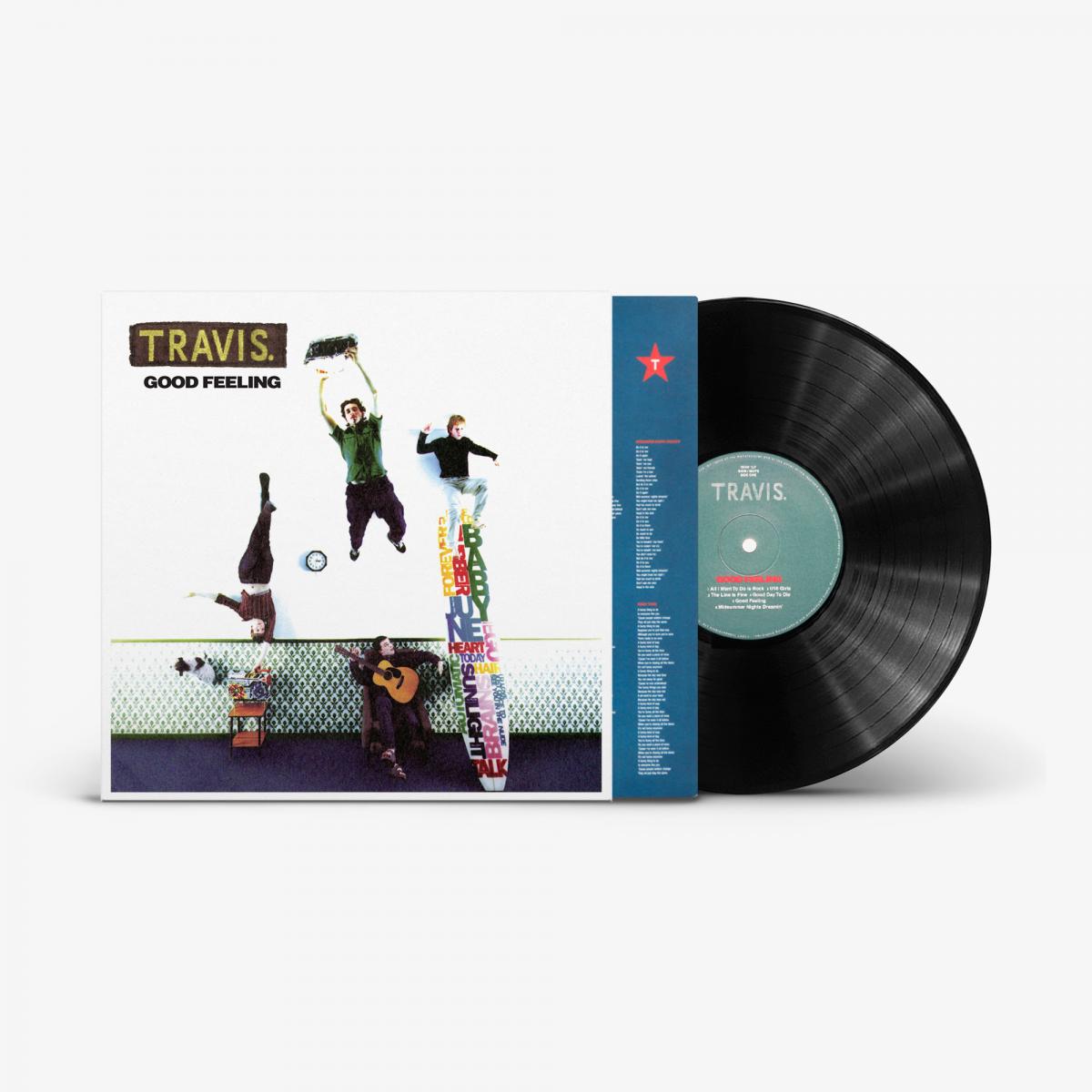 On April 2, 2021, Travis’ 1997 debut Good Feeling returns to vinyl in its original format for the first time with classic sleeve and original packaging replication. As well as 180-gram heavyweight black vinyl, an exclusive limited-edition red vinyl version is available for pre-order via the Travis official store and UK independent record shops.

Good Feeling was produced by Steve Lillywhite (U2, The Rolling Stones, Morrissey, Peter Gabriel) who teased out the anthemic hooks of the group’s debut single, ‘All I Want to Do Is Rock’, and helped them craft their breakthrough hit, ‘More Than Us’, which went Top 20 in the spring of 1998. Taking Travis into the Top 10 of the UK albums charts, Good Feeling also included the Top 40 singles ‘U16 Girls’, ‘Happy’ & ‘Tied to the 90’s’.

On welcoming Good Feeling back into the world, frontman Fran Healy reflects; “In December 1996, just out of Woodstock in Upstate New York, Travis assembled in the legendary Bearsville Studios with the legendary producer Steve Lilllywhite to begin recording their debut album Good Feeling. Hailed at the time as one of the debuts of the year by the legendary music critic Andy Gill, Good Feeling is us at our rawest. We’re extremely happy to be reissuing it on vinyl for you all.”

Unavailable since its first release, the original version of ‘More Than Us’ is also now available to stream worldwide HERE.