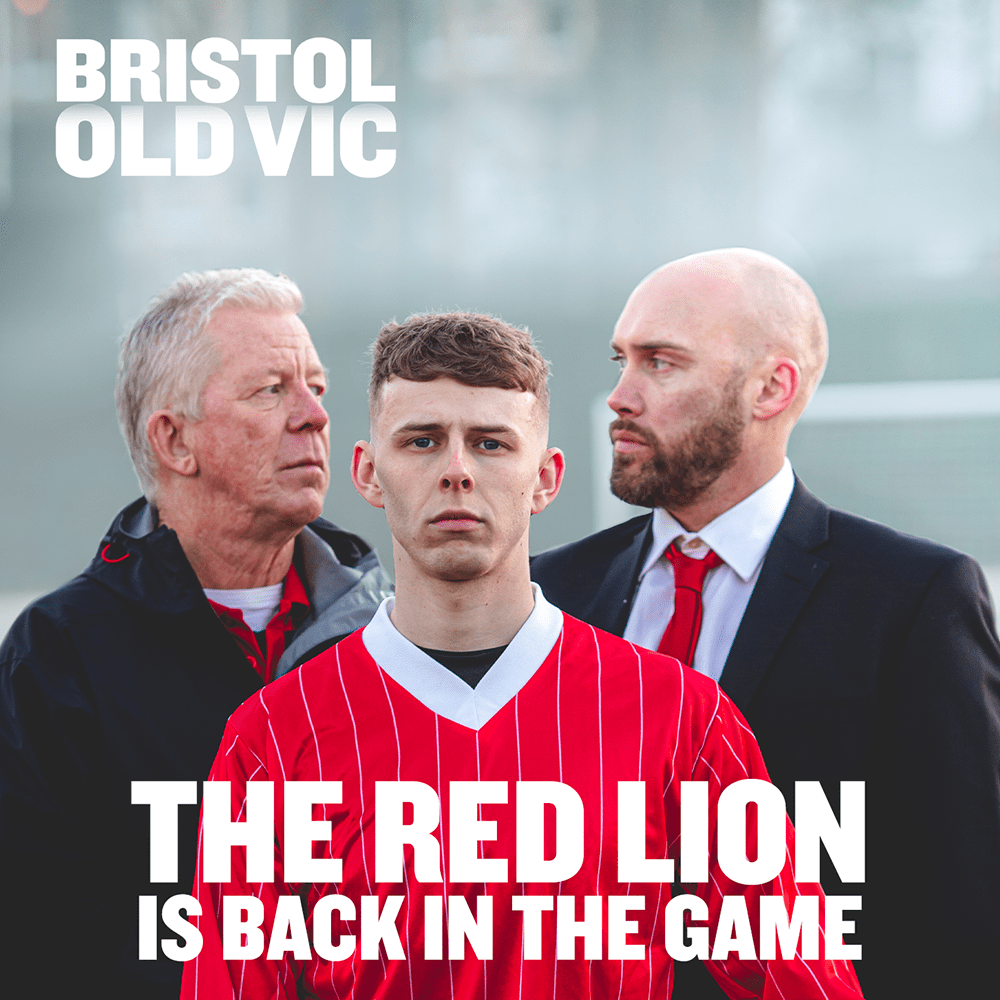 THE CAST:
Born and raised in Patchway, Bristol, Thomas McGee began playing football at the age of 6 for a local team. He graduated from the Academy of Live and Recorded Arts in 2017 where his roles included Richard Burbage in Shakespeare’s Sister, David Spear in The Funfair and Francis Nurse in The Crucible. The Red Lion will be his professional stage debut.

Joe Sims plays Kidd. Joe has had a long-standing relationship with Bristol Old Vic, having trained as part of the Young Company in 1994 before going on to host Bristol Old Vic’s annual Open Stage as a champion of accessible theatre and creative opportunities for everyone. He is best-known for playing Nigel Carter in ITV’s BAFTA winning drama Broadchurch but has appeared extensively on television and radio, including Britannia (Sky/Amazon), The First Team (BBC), Plebs (ITV), Agatha Raisin (Sky), Father Brown and Casualty. Joe won an Offie award for “People’s Favourite Male Performance” for his role in As We Forgive Them at the Arcola Theatre while other theatre credits include Three Sisters (Southwark Playhouse), Solid Air (Plymouth Theatre Royal) and Penguin (Arcola Theatre).

The cast is completed by David Lloyd as Yates. David is best known for his role as Graeme in Maid Marian and her Merry Men, which he adapted for the Bristol Old Vic stage in 1994. His theatre credits include The Odd Couple (York Theatre Royal), Man of the Moment (Salisbury Playhouse) and Great Expectations (Birmingham Rep). David has also written over 65 episodes for BBC’s Doctors and was the match-day announcer at Ashton Gate for Bristol City Football Club.