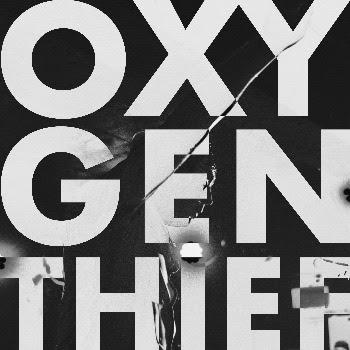 The Luka State are poised for big things in 2022 as they look to build upon everything they achieved following the release of their debut album ‘Fall In Fall Out’ last year. Not letting a pandemic hold them back they played 35 shows across Europe in just two months, including two laps of UK gigs supporting The Reytons, as they performed to a combined audience of 20,000 people and appeared on French TV’s Taratata. Even then they still found the time to write a body of supercharged new songs to channel their lockdown frustrations into a cathartic release of pent-up energy. Today the band release ‘Oxygen Thief’, their first new song since releasing their debut, along with its official video. LISTEN HERE. WATCH THE VIDEO HERE.

Previously known for their anthemic rock ‘n’ roll, ‘Oxygen Thief’ sees The Luka State tearing off the shackles with full-throttle ferocity. Their fierce new attack melds visceral punk aggression, a gritty melodic rush and their swaggering indie rock attitude in a savage state-of-the-nation address. It positions them as a new leading light in a growing scene of outspoken, social aware alt-rock bands alongside The Blinders, Demob Happy, Kid Kapichi and Strange Bones.

A song of revenge and recrimination boils to a peak in its bridge as frontman Conrad Ellis screams, “If you’ve got a fucking problem, I’ll rip you a-fucking-part.” It sets the tone of what to expect from The Luka State’s upcoming releases. Fuelled by a rush of anger, their material possesses a propulsive zeal without losing the band’s skill for immensely catchy hooks.

Conrad says, “‘Oxygen Thief’ holds no prisoners and pins you to the wall. It’s an embodiment of grief, pain and anger. It chews you up, spits you back out and then punches you in the gut one more time for good measure.  This song is for the misunderstood.  Honesty is always the best policy.”

‘Oxygen Thief’ was written by Conrad Ellis and The Luka State as a therapeutic escape from the claustrophobic lockdown of 2021. It was then recorded at Liverpool’s Motor Museum, a studio which is becoming a focal point for the wider scene around them.

The song’s video was filmed at their sold-out headline show at Manchester’s Bread Shed last September. Captured in a back-to-basics black-and-white aesthetic, it shows the explosive intensity of their live shows, its rapid cuts feeling like it’s from the POV of an audience member who is constantly battling to maintain sight of the band within the chaos of the mosh pit. It was directed by Jack Walsh, produced by Jim de Whalley, and edited by Alex Elkins.

Conrad Ellis (vocals, guitar) and Sam Bell (bass, vocals) first met in their local youth club, New Images in Winsford, Cheshire, when they were just 12-years-old. Their first ever local show was opening for a Bruce Foxton’s From The Jam before they evolved into The Luka State with the addition of Lewis Pusey (guitar) and Jake Barnabas (drums).  Music was their reaction to the boredom and apathy of small-town life in Winsford. It’s a place of contrasts. Best known for its salt mining industry and still resolutely working class to this day, it’s location between Manchester and Liverpool means that many of the locals growing up dream of becoming a footballer or a pop star.

As Conrad summarises, “What’s Winsford famous for? Fucking nothing! Apart from salt and salt mines. We are all the salt of the earth up here.”

The Luka State’s early singles and EPs resulted in airplay from Radio 1, 6 Music, Radio X and Absolute Radio, along with attention from The Guardian, Kerrang! and Rolling Stone. They’re now poised to fulfil their potential, but remain connected with their roots - the youth club where they first met is now their rehearsal space.