The Joy of Text 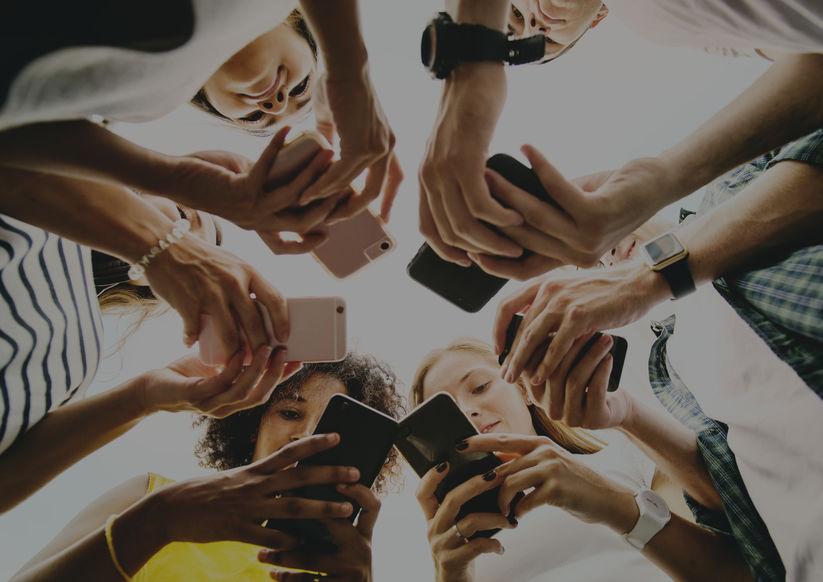 Has Texting Transformed Society for the Better?

The world has changed almost beyond all recognition in the last 30 years or so. The internet has made it so that we have access to pretty much every single piece of information ever conceived, right at our fingertips; changing the way we do business, learn, manage our finances, entertain ourselves and stay healthy. In fact I can’t think of a single area of my life that isn’t touched in some way by the internet, can you? So it’s kind of a big deal.

But there is an even bigger shift which maybe doesn’t have all the bells and whistles of online life, but still marks what I believe is the greatest irreversible transformation that society has ever seen. It has utterly revolutionised what is for many of us the most meaningful area of our lives, our relationships.

The first ever text message, sent in 1992 by Neil Papworth, then a developer at Sema Group Telecoms, was typed on a PC because mobile phones in those days didn’t have keyboards. The text read, “Merry Christmas” and was sent to Richard Jarvis at Vodafone. It was no “small step for man…” speech, but nonetheless exciting no doubt.

Early SMS (Short Message Service, named as such because its defining feature is its length of only 160 characters) were created on multi-tap keyboards. Remember having to tap a key 3 times to get the right letter to come up? Yeah, that took ages. And then we all went mental when T9 came out and produced seemingly random, often hilarious suggestions of what words the phone thought we were trying to say. Back in those days we were so excited by these tiny jumps in technology, none of the jaded “oh a folding screen, big whoop” we feel nowadays.

Texting even spurred a whole new language. “Text speak”, was used briefly by youngsters to get around the limited ability of a text message to include meaningful discourse and was an early nod towards the social media acronyms in common use today. Older generations complained about text speak, labelling it lazy, before enthusiastically adopting it as their own means of communication when they realised it would save them money by reducing the number of texts they had to pay for. Text messaging and digital slang has now massively moved on though, and this is why I sometimes have to explain to my kids what Nana means by CUl8r.

But regardless of the language used, text messages marked a huge shift in the way we interact with people. No more interrupting your other half’s day with a request to pick up milk on their way home, and lengthy convos’ with your mum were a thing of the past because you could just fire off a quick “how are you” text instead. Game changer.

And now that we don’t just have SMS, we also use WhatsApp, Facebook messenger, Instagram and Twitter DM’s to name a few, texting has become the primary mode of communication for many of us, as well as a way of life.

The impact that texting has had on our relationships is both positive and negative though. Being able to have a quick catch up with someone you sat next to in maths twenty-five years ago without having to do the big scary phone call thing is great. And being able to constantly contact loved ones, like sending little I love you’s to partners during the day or staying in touch with kids as they make their first tentative independent steps, would have been inconceivable even 20 years ago, but likely have measurable benefits in the quality of our modern relationships and our life in general.

But there is a darker side. The casual nature of texting can have hurtful or dangerous consequences. Without the inflection of speech, subtle cues which add meaning to words can easily be missed, and without eye contact, a physical touch or in person conversation, shorter messages can seem offhand or cold. Likewise, seemingly innocent messages to an off-limits contact might be taken as flirtation, and possibly acted upon, or even be intended as a cursory betrayal which can quickly lead to something bigger. These are the kind of misunderstandings that can make or break relationships.

Then there is the minefield that is the sign off kiss. We have grappled with this since the dawn of the email: kiss or no kiss? How many? And what does this kiss I’ve received mean? Is no kiss rude?

I decided early in the emailing/texting thing to not waste too much of my life worrying about it and adopted a pretty universal 3 kiss sign off. But this led to some rather awkward email and text encounters with clients and in group messages, where I’m sure I come across as at best gushy, or at worst like I’m coming on to everyone in my contacts list. But I just can’t stop, it feels rude not to leave kisses now.

Thankfully, emojis have come in an saved the day, we can now say everything with a simple yellow faced picture with universally agreed meaning. They are commonly agreed meanings, right? Especially the kiss with a heart (which I seem to use with reckless abandon)? Because now any text which doesn’t contain an emoji or two almost seems rude. They are conspicuous in their absence.

Yes, texting has changed everything. And while I find its spontaneity unnerving at times, in general I do think it’s a positive step forward for society and our relationships. Just as long as it’s used right, and we don’t get too comfortable. CUl8r????.

Why I'm Committing to Stay Uncommitted