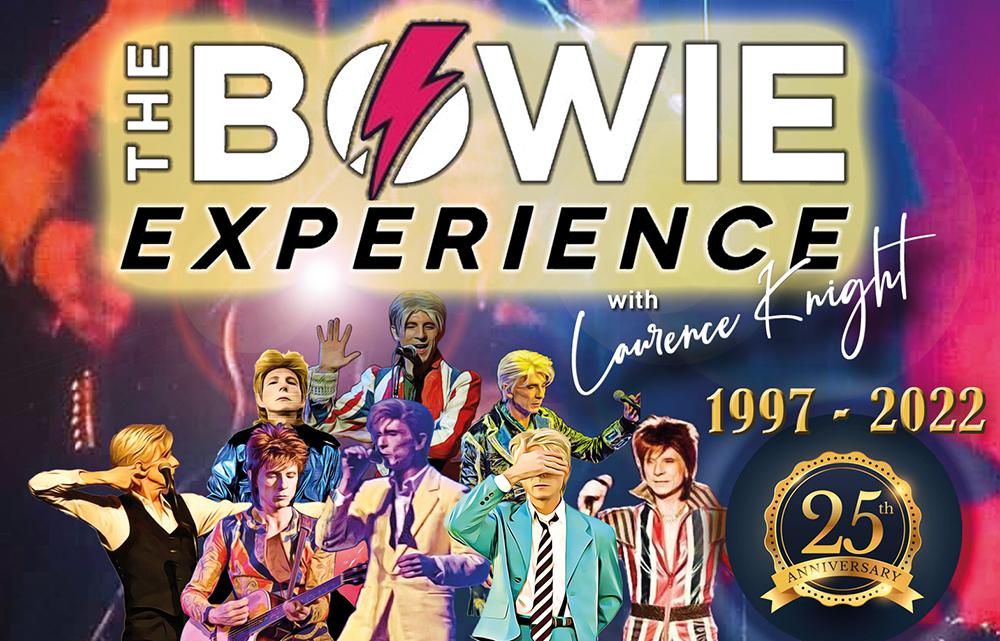 Laurence Bowie and his band will take to Swindon’s Level 3 nightclub next month, performing as part of their 25th anniversary UK tour.

The Bowie Experience will visit Level 3 on Saturday, 26 February as part of its tour celebrating its 25th year.

Audience members can expect to hear all their favourite Bowie hits and more from Laurence and his band, and see the frontman perform various numbers, whilst decked out in a selection of Bowie’s most iconic costumes.

The show will start at 8pm and tickets, priced at £11, are available at https://www.seetickets.com/event/the-bowie-experience/level-3/2186046

The Bowie Experience pride themselves upon being the only David Bowie tribute act in the world to be invited, and attend the ‘invitation only’ private viewing of the ‘David Bowie Is’ Exhibition at the V&A Museum in London in 2013. The group have also been featured on David Bowie’s official website, Bowienet.

The outfit was first established in 1997 under the name ‘Spaceboy.’ This original name took inspiration from Bowie’s 1995 album, ‘Outside.’ It was formed by a group of musicians attending music college.

Spaceboy was then reinvented as The Bowie Experience a year or two later, and the band continues to tour, appearing regularly at festivals, theatres, and venues throughout the UK and Europe.

“It takes a special type of talent to get on stage and play tribute to any artist by performing their songs. To cover David Bowie songs as faithfully and with so much passion as shown by Laurence and the Bowiexperience takes the whole tribute band thing to another level.” - Review from Dave and Alison Charles from Mr Kyps in Poole.

More information about The Bowie Experience can be found at: http://thebowiexperience.co.uk/index.html

The Bowie Experience Facebook page can be found at: https://www.facebook.com/thebowieexperience

Review: Dolly Parton’s hit feminist musical, 9 to 5 at Oxford’s New Theatre well worth ‘tumbling out of bed’ for