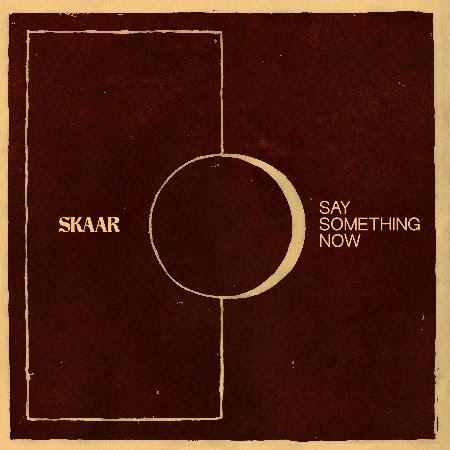 With nominations for Best Pop Artist and Best New Artist at Spellemannprisen (the Norwegian Grammy Awards), millions of streams and growing acclaim, SKAAR is a star in her homeland. Also making significant progress internationally following her debut EP ‘The Other Side of Waiting’ and the breakthrough hit ‘Higher Ground’, SKAAR will release a new collection of songs titled ‘Waiting’ on April 16th. It has today been launched with its lead single ‘Say Something Now’. Listen HERE. Watch the official lyric video HERE.

‘Waiting’ finds SKAAR compiling a unique collection of new acoustic recordings. Her usual style is textured alt-pop that tells universal coming-of-age stories, capped by a voice that’s rich with poise, power and purpose. Instead, the 22-year-old has stripped back her sonics in favour of a naturalistic, acoustic set. Her classy vocals and emotive lyrics are pushed to the fore, as she reveals the timeless songwriting that’s at the heart of her music.

As with so many artists, 2020 didn’t pan out as planned for SKAAR. Lacking inspiration in the face of the pandemic, she didn’t write any new music until she pushed herself in the autumn. Quickly crafting a wealth of new material, she went into the studio after Christmas, and recorded ‘Waiting’ in just nine days.

SKAAR says “‘Waiting’ closes the musical chapter I’ve been working on for the last three years. It’s a prequel to the EP and shows a whole different side of me as an artist, but also a whole other part of the story I want to tell.

I was supposed to write a lot of music in the spring of 2020, but when the pandemic hit I just lost all of my creativity. In the autumn, I had sessions almost everyday and after many months of frustration I suddenly met a turning point and had this rush of inspiration. After nine amazing days, we completed the album. And I’m so proud of how it turned out!”

The first single ‘Say Something Now’ introduces the project. SKAAR’s vocals weave over beautifully ethereal harmonies and grow in stature, supported by the simplicity of the production: acoustic guitar, piano and modest percussion. You can hear the drama of SKAAR’s previous work, but it’s presented in a whole new light. The song was produced by Askjell (who is signed as an artist to Island Records) and written by SKAAR alongside Askjell, Fanny Hultman and Theo Kylin.

“‘Say Something Now’ is a song I wrote about a very specific moment of a breakup,” explains SKAAR. “I needed to know if there was anything left to hold on to or if it was time to move on. I needed that other person to just be honest. I was desperate to know what was going on in his head.”

SKAAR also today reveals a second new song ‘Time’ which features another rising Norwegian star in the shape of iris. The instrumentation is pared-down even further, as the duo both take lead vocal duties before their harmonies swell and flourish in unison. Lyrically it offers the gentle reminder that time can resolve many of life’s problems - something that SKAAR herself experienced before completing this project.

The duo previously collaborated together on the track ‘voodoo voodoo’. Released in January, the single hit the cover of Norway’s New Music Friday on Spotify.

SKAAR is currently continuing to work on new music, which will be released later this year. It promises to be a return to her bold alt-pop sound.

‘Waiting’ is now available to pre-order / pre save HERE. ‘Say Something Now’ and ‘Time’ are both provided as instant downloads with all pre-orders.

Out Today From Olivia Lane - 'Boy's Still Got It'