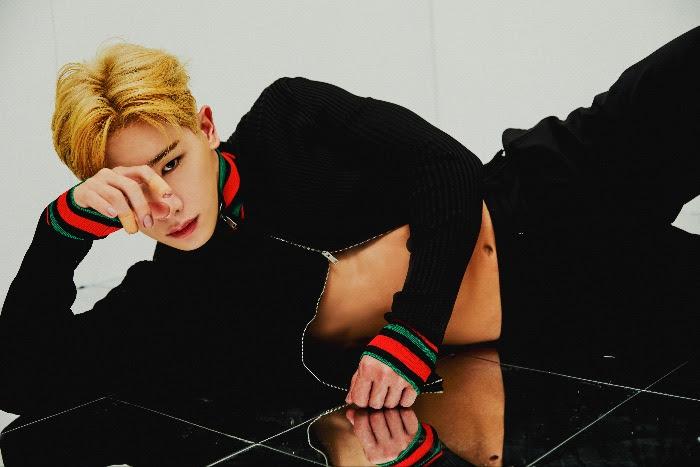 Watch “Ain’t About You” HERE

LOVE SYNONYM #2: RIGHT FOR US

nho, has released his highly anticipated collaborative music video, “Ain’t About You,” with multi-platinum artist KIIARA. For the first time during his solo career, Wonho has teamed up with an American artist, which NME referred to as “the standout track.” KIIARA’s smooth vocals blend seamlessly with Wonho’s, creating an addictive bittersweet breakup track; “You’re so hard to resist. A love that hurt like this. I wish it wasn’t hell. To love you more than you love yourself.”

WATCH THE VIDEO HERE
“Ain’t About You” comes off Wonho’s chart dominating album Love Synonym #2: Right for Us which dropped in February, with Forbes noting this accomplishment; “Wonho debuts five new singles on the World Digital Song Sales chart, meaning he claims 20% of the entire ranking. That type of domination isn’t unheard of, but it is still relatively uncommon on any Billboard chart.” Within a few hours of its release, the album took over the #1 spot on the iTunes K-Pop Albums Chart, trended all over Twitter Worldwide, and peaked at #3 on the iTunes Pop Albums Charts. It also made quite the impression within the media world all over the globe, with NME referring to it as “...a well-balanced equilibrium in both sound and vibe.” Teen Vogue calling it a “...delightful, concise EP.” and Forbes naming him as one of “The K-Pop Solo Stars Who Could Break In America In 2021.”

KIIARA, whose career took off with her triple-platinum breakout single “Gold,” vaulting to the Top 5 of the Billboard Top Pop Songs Chart and the Top 15 of the Hot 100 in addition to generating over 700 million streams, has had an unbelievable five-year trip to self-discovery. In what feels like the blink of an eye, she went from uploading music out of her teenage bedroom in Illinois to multiplatinum pop stardom. In 2015, she quietly enchanted listeners everywhere with an uncompromising and unapologetic deconstruction of pop. It paved the way for the low kii savage EP as she sold out her first headline tour, graced the stage of Lollapalooza, and made her late-television debut on The Tonight Show Starring Jimmy Fallon. Plus, she garnered tastemaker praise from Variety, Rolling Stone, PAPER, and Idolator, to name a few. In addition to dropping fan favorites such as “Whippin” [feat. Felix Snow], “Messy,” and more, “Feels’’ achieved a gold certification. Simultaneously, she became a sought-after collaborator, contributing her instantly recognizable vocals to the Bright soundtrack banger “Darkside” by Ty Dolla $ign and Future, “Complicated” by Dimitri Vegas & Like Mike and David Guetta, “Be Somebody” by Steve Aoki and Nicky Romero, and the gold-certified smash “Heavy” by Linkin Park. Representing a full circle moment, she accompanied her “favorite band” on stage multiple times and honored the late frontman Chester Bennington by joining a stacked bill at the Linkin Park and Friends: Celebrate Life in Honor of Chester Bennington concert event. Last fall saw the release of Kiiara’s acclaimed debut album lil kiiwi featuring standout single “So Sick (feat. blackbear).”