Should music be allowed to be played in offices? 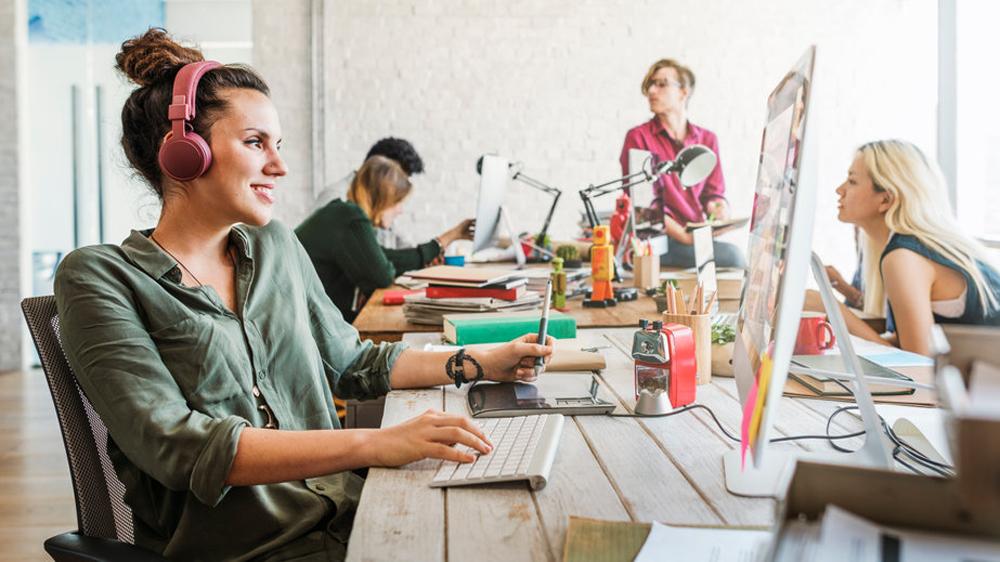 Office Furniture Online has undergone a study to find out whether the public prefer music in their places of work or prefer silence.

The funiture company found that 61% of offices do not permit music, despite over half of employees being in favour. 54% of workers were found to favour music in the office.

Office Furniture online furthered its research and looked at how music can affect the performance of office workers.

The firm discovered whilst 54% of workers enjoy listening to music when working, 61% of offices do not play music for staff to enjoy, despite 42% of workers expressing it helps to fill the silence and 35% saying it increases productivity.

However 32% of workers claimed that the choice of music in the office has caused arguments between staff, and 11% dislike the music that is played in their office.

On the other hand, for the 39% of workers whose office permits music, 42% say the radio is their preferred source, with 16% preferring podcasts.

Office Furniture Online also asked the public about radio stations of choice. BBC Radio 1 takes the top spot with 39%. The radio station was found to be a favourite of ‘Generation Z’ (or those born between 1997 and 2015) - the generation that made up 55% of those asked. BBC Radio 1 was followed by Capital UK with 29% of the votes and Heart UK received 28% despite being deemed the most popular station at the beginning of the year.

BBC Radio 2 is another favoured choice among ‘Generation Z’ receiving 21% of votes.

The UK’s top office radio stations are in list format below:

Moving away from the focus on radio stations, Office Furniture Online wished to know if music in the office could increase morale.

Neuro-linguistic programming and hypnotherapy coach, Rebecca Lockwood said: “When we listen to music it creates an intentional representation in our mind which gives an upbeat feeling. The kind of music you’re listening to will determine how you feel. Listening to music that makes you feel good will have a great impact on your mental health because it creates an internal perception that leaves you feeling good, which in turn boosts office morale. After all, employees generally get a buzz off one another, so if one member of staff is feeling joyous, it’ll have a ripple effect.

“Try, where possible, to opt for upbeat music that won’t create a sense of sadness because this will have a negative effect on your mental health - you’re creating internal perceptions in your mind that you’re not happy which in turn will lead to a drop in productivity levels or distract you from the work you’re doing.”

After conducting this research, Mark Taylor, Managing Director of Office Furniture Online, said: “As people return to the office, it’s important to create a sense of harmony, while still ensuring staff are comfortable and productive. Creating a shared office playlist with upbeat, popular songs can help with this.

“However, make sure you speak to your staff to see what their preference is, and if possible, provide them with quiet “break out” areas where they can go to if they need some peace and quiet”.