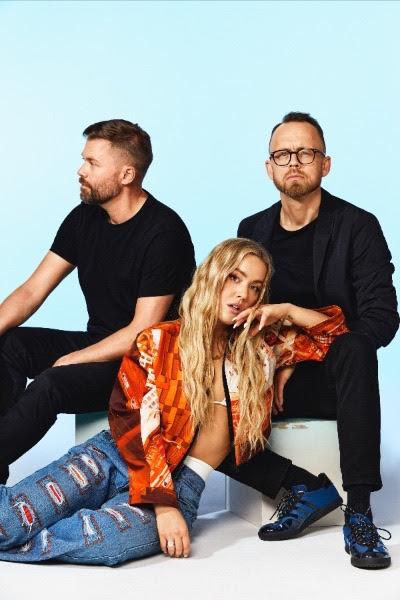 Norway’s dance stars Seeb are highly regarded by a raft of the world’s leading artists, leading to collaborators and/or remixes with Ed Sheeran, Taylor Swift, Clean Bandit, Shawn Mendes and Coldplay, with them accumulating over 5 billion streams. Further flamed by some big originals with One Republic and Bastille and the runaway success of their remix of Mike Posner’s ‘I Took A Pill in Ibiza’, Seeb’s huge following now includes over 10 million monthly listeners at Spotify.

Today sees Seeb share their brand new single ‘Always Will’, which features another notable Nordic talent in the shape of Julie Bergan. The song represents their third collaboration together after Julie’s ‘Kiss Somebody’ and Seeb’s ‘Don’t You Wanna Play?’.

‘Always Will’ opens with Julie Bergan’s entrancing pop vocal gift, while Seeb’s production - classic piano house keys, smooth, sweeping synths - gives her the space to stand tall. Suddenly ‘Always Will’ erupts as both artists go all-in. Julie’s voice hits the peak of its dynamic diva power, while Seeb’s beats fire with a frenetic intensity. Feeding their combined skills into an immediately memorable melody, Seeb and Julie Bergan have created a crossover dance anthem that can race up the charts.

Seeb say, “We were thrilled to work with Mimi Webb and Eg White on this song. The lyrics and melody are very emotional and we found ourselves going for an anthemic and a slightly retro sound that we had in mind from the start. We love Julie’s voice, and she nailed the vocal in a way that only she can!”

Julie adds, “I love collaboration with Seeb again. “Always Will” gives me a super nostalgic nice vibe, and it’s the perfect song for crying on the dance floor! I love the melancholic energy in combination with the story of looking back on your first love and how everything felt so easy back then. Can’t wait to perform this for you all summer!”

After rising from in-demand producers for numerous rising stars in their homeland of Norway, Seeb have also subsequently collaborated with Bastille on ‘Grip’ (leading to them joining Bastille for shows at the O2 Academy Brixton), with OneRepublic on ‘Rich Love’, and with Nina Nesbitt on ‘Sweet Dreams & Dynamite’. Their original tracks have also achieved huge numbers, most notably ‘Breathe’, ‘Drink About’, ‘Unfamiliar’ and ‘What Do You Love’. Their 2021 debut album ‘Sad In Scandinavia’ was recently certified Platinum in Norway. Seeb’s acclaim has included a Grammy nomination and the iHeart Remix of the Year award for ‘I Took A Pill in Ibiza’, plus winning Best Pop Act two years running at the Spellemannsprisen (Norway’s Grammy equivalent).

Julie Bergan is one of Norway’s premiere pop stars. To date, she has achieved 1.5 billion streams, two domestic #1 hits, and landmark awards including Artist of the Year and Song of the Year at Norway’s NRJ Awards. Her remarkable voice makes her a natural pick as a collaborator, and she has worked with further big names including Alan Walker, R3HAB, and Benjamin Ingrosso. One of her early breakthrough moments was a collaboration with friend and then-flatmate Astrid S.