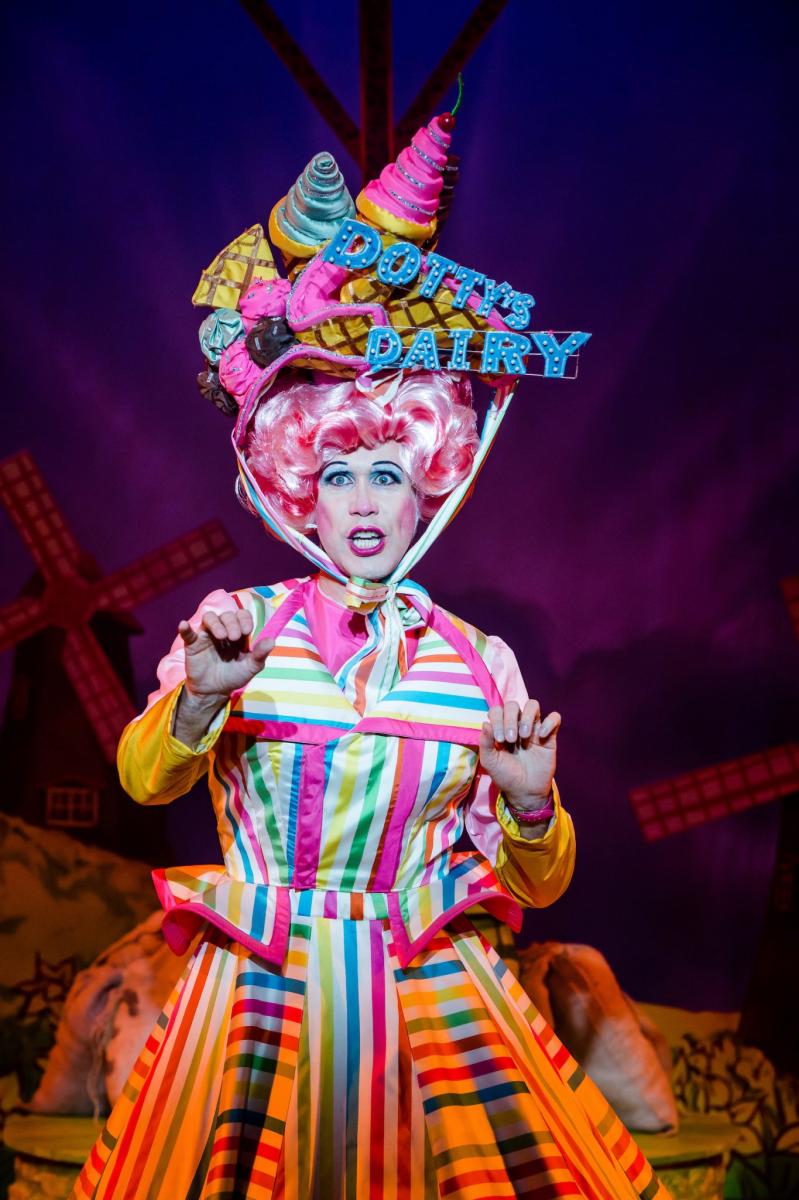 Salisbury favourite Richard Ede is back as the Dame in this year’s Salisbury Playhouse pantomime Beauty and the Beast – and more than 12,000 tickets have already been sold.

Richard returns to Salisbury, having previously appeared as Widow Twanky in Aladdin in 2016 and Dame Dorothy Trott in the award-winning Jack and the Beanstalk in 2017. This year will see him in a tale as old as time, Beauty and The Beast, from December 1 to January 13.

Also cast in Beauty and the Beast are Liberty Buckland, who appeared in last year’s Salisbury panto, as Amorette, and Joseph Black as The Prince/Beast.

The famous fairy tale Beauty and the Beast follows the story of Amorette who is taken prisoner by a prince who has been turned into a beast. Eventually she grows to love the Beast, thus lifting a curse and turning him back into a prince.

Beauty and the Beast reunites the creative team behind the last year’s best-selling Playhouse pantomime – writer Andrew Pollard, director Ryan McBryde and designer James Button. This is the team that helped last year’s production of Jack and the Beanstalk to win Best Pantomime at the GB Panto Awards.

With more than 12,000 tickets already sold for this year’s panto, audiences are encouraged to book as soon as possible, for a show packed with comedy, dance, songs and audience participation.

A trip to the Playhouse pantomime has become an important part of Christmas celebrations for families, schools and groups, with many performances selling out. To accommodate demand, Beauty and the Beast will run for an extra week until 13 January.