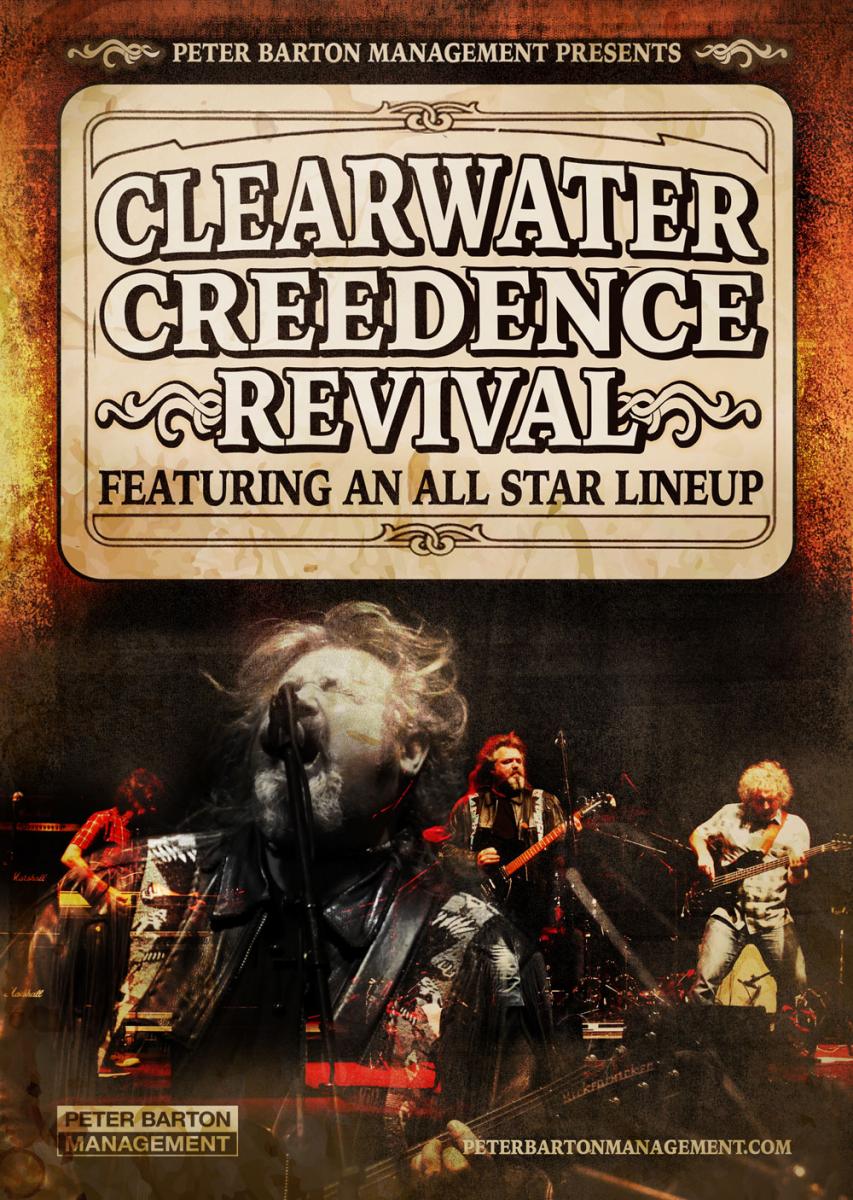 It was John Fogerty’s rough and inimitable voice, as well as the delivery of fantastic melodies that caused Creedence Clearwater Revival to instantly become the prominent American single band from the late 60’s and early 70’s.

CCR broke up in 1972. In 1995 two former members of CCR, Stu Cook and Doug Clifford, started a tour under the name Creedence Clearwater Revisited.

Then in the winter of 1998 Clearwater Creedence Revival was established. The original name was Creedence Clearwater Revived. The band was formed by Peter Barton and Geoff Hammond. In 2018 the band will celebrate its 20th anniversary, while in that same year it is exactly 50 years ago that CCR was established.

Relive the glory days of Creedence Clearwater Revival with this smashing tribute to the band!

“This band was like a breath of fresh air. I was transported back to my youth.  They had the full audience singing along. Finishing off with the classic Have you ever Seen The Rain, Without doubt the highlight of the festival.”-  Andy Numark

Every member of this crew plays the numbers with a crisp style that reeks of experience but moreover love. Born On The Bayou captured the classic CCR voodoo vibe. No pseudo Yankee chat, just the songs delivered with a friendly relish. - Pete Sargeant

Check out what's on at Oxford Playhouse this autumn - we're very excited!