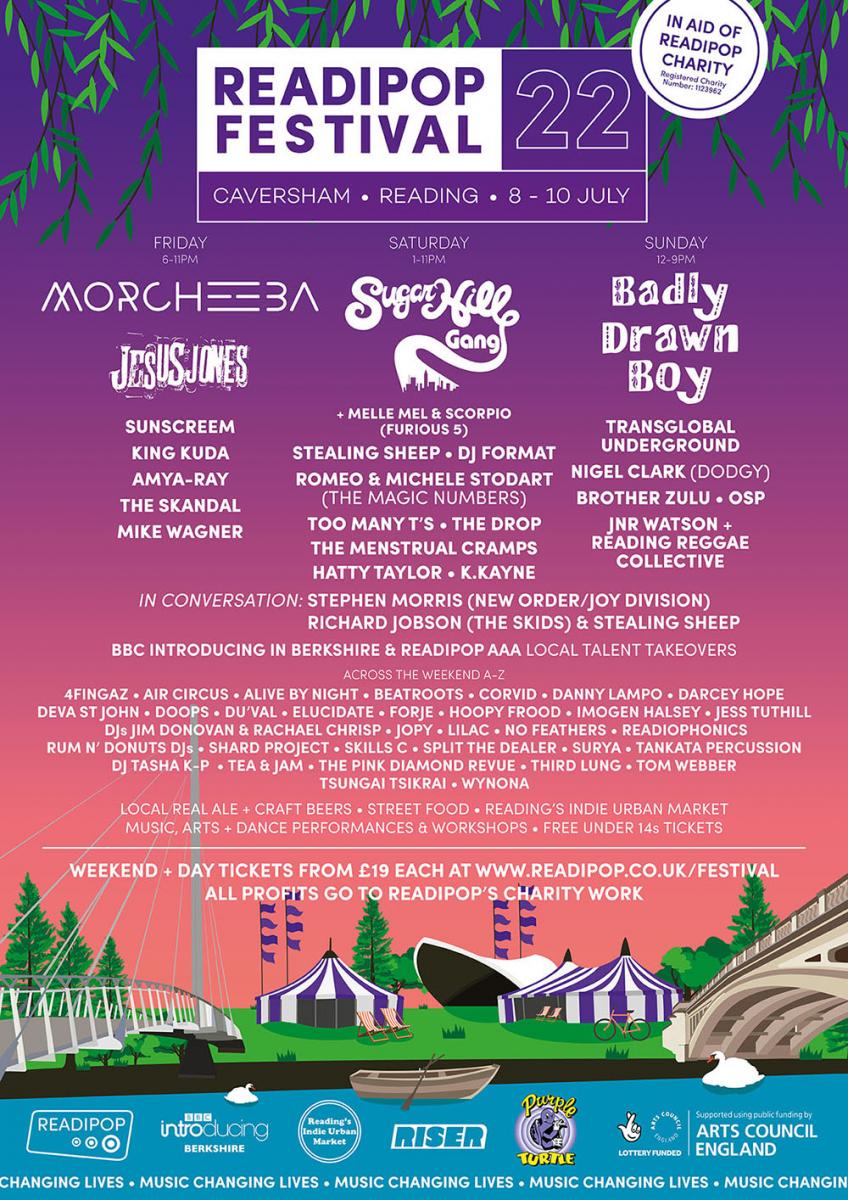 Readipop festival is a three day all-ages charity festival by the bank of the Thames in Caversham, Reading. It will return this Summer across Friday 8 July - Sunday 10 July.

Readipop Festival, which takes place by the banks of the River Thames in Christchurch Meadows (10 mins walk from Reading Station), has already outsold all of their previous events with three weeks to go.

Local music charity Readipop, who organise the festival, are advising anyone still planning to attend the festival to buy tickets before midnight Sunday, 29 June when prices increase, as they are now very limited.

“We’re now even more excited about the 8-10th July weekend as the full line-up is crammed full of incredible local talent sharing the stage with Sugarhill Gang & Furious 5, Morcheeba and Badly Drawn Boy.”

“Everything is coming together for a big celebration of five years of Readipop Festival with great music, workshops, walkabout performances, market stalls, delicious street food and beers from the local breweries including Siren, Loddon, Double Barrelled and Phantom” Pete adds.

“We really want to thank everyone that has got involved this year from volunteers and local artists to all existing ticket holders. You are all helping to make the festival possible and ensure it will be our biggest and best yet!”

Limited second release day tickets are available now and start from £19 each while third release weekend tickets (which will give access on all three days) are currently £52 each until midnight on Sunday 26 June.

Free under 14s tickets are available too for kids accompanied by adults. Every penny raised from the festival helps support Readipop’s charity work, which provides access to music for vulnerable young people and other underrepresented communities locally.

For more info on the Readipop team’s all year round work, see readipop.co.uk

Below is the full final line-up in day splits showing which of the announced acts are playing on each of the days of the festival: