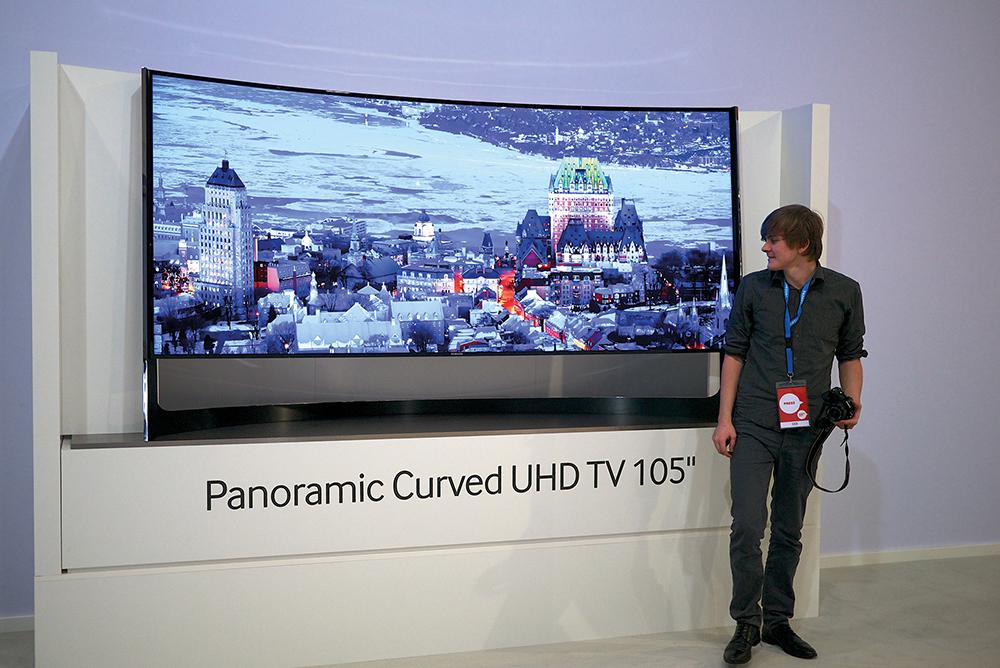 We are living in an era of technological clarity it would seem. With everything now in high definition, it’s almost like our eyes have been upgraded and we can now see every pitted centimetre of Pablo Escobar’s face in Netflix series Narcos.

Most TVs today, including all of those made by Samsung, Sony, LG and just about every other TV brand, are based on almost ancient LCD, or liquid crystal display, technology. In the last few years something better has come along, called OLED, or organic light-emitting diode, meaning that your TV is about to get that much more defined yet again.

Think of it like the jump from the massive cathode-ray tube sets to today’s modern flat screens. It’s that much of a technological jump.

Development is racing ahead on 4K and Ultra HD televisions, and you are seeing the results of this in the marketplace, with Sony bringing their latest flagship models to the marketplace just in time for middle aged men to start lusting after them for Christmas.

Well hang on to your wallets for the time being gents, as the next step is just around the corner with something called “quantum dot light emitting devices” or QLED.

At this point you’re probably asking…what the frak is a quantum dot? Well, excuse the geekery for a moment but quantum dots are fascinating, and just as Star Trek-ish as you might think. They’re microscopic molecules that, when hit by light, emit their own, differently coloured light. Imagine shining a torch on a football and it glowed bright red. That’s the general idea of a quantum dot, except a lot smaller.

But with content barely being able to keep up with these new Ultra HD televisions, you have to wonder what the point of it all is? I expect it’s probably just a technological race between the manufacturers, eying up who has the biggest tech department or budget.

In this race so far, you would have to argue that Samsung, who are still reeling from their exploding tablet computers problem during September and October, are leading the pack as far as these new QLED screens are concerned.

And then there are curved screens. With the creation of OLED technology, companies like Samsung were showing off the fact you could bend their light-emitting surfaces like one of those flexi reflective bands people use to keep their trousers out of their push-bike gears.

Sure, these have recently been filtering into the marketplace as well, but given the example above, I don’t think it’s going to be too long until we start seeing entire walls and other surfaces dedicated to another Man In The High Castle binge.

So if you’re holding out for a new TV, just be warned that the marketplace is in a constant state of flux at the moment, much like the light emitting diodes within them.

But just like the CRT before it, your 720p tele that was bang up to date a few years ago is about to end up in the nearest charity shop; it’s just a matter of time.