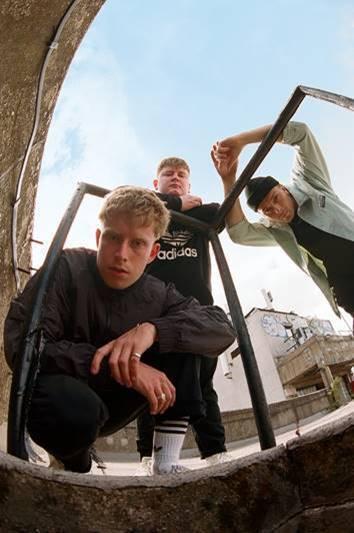 “With a sound fuelled by a radioactive immediacy at its core, the band are not ones accustomed to resting on their laurels” - LOBF

‘PUT A RECORD ON’

Having spent the duration of lockdown in their home studio in Worthing, Noisy are well and truly ready to emerge from their seaside town with new records and a new lust for life. Following on from their latest video ‘Where’s Your Head?’, supported and loved by BBC Radio 1’s Jack Saunders, comes their new track ‘Put a Record on’ which highlights their vibrant get-up-and-go attitude towards life, fuelled by good vibes music even when it seems like the world is against them.

“Put a record on is solely about music getting you through a hard time. You know them ones when you wake up in the morning and you’re not feeling yourself, you’ve already got it in your head that today is going to be a bad day. Then you put your favourite song on and all of a sudden you’ve got a new lease of life, a brand new mind set. Today is going to be a good day”–Cody

Listen to ‘Put a Record On’ here: https://NOISY.lnk.to/PutARecordOnID

Earlier this year, the trio headlined a sold-out Camden Assembly, following the release of their debut EP ‘Press Space To Play’, which featured single ‘Bring The Drums Back’, an ode to homegrown dance styles in the UK. This paved way to a great deal of opportunities including an invitation to perform at the prestigious Abbey Road studios this month for the Barclaycard Share the Stage Series alongside artists such as Lewis Capaldi, Easy Life, Mabel and Celeste, just to name a few. The band are so eager perform live again and join YungBlud on his Spring UK tour, with their first date confirmed on March 8th, 2021 at Nottingham Rock City.

Comprised of singer Cody, guitarist Connor and producer Spencer, the band is the culmination of several years of hanging out at skateparks. They’ve been Noisy for the past year and a half, an 18-month period that’s seen them build a makeshift studio in Spencer’s house and put it to good use: coming up with a name, and then a suitably clamorous sound to follow. They take the spin-the-bottle sensibility of the playlist generation and make something new entirely: the sound of hip hop, D&B, and the eternal swagger of the Happy Mondays rolled into one intoxicating whole. To Noisy’s quote, the band are for all the Friday guys, for all 20-somethings smashing it on a weekend, spending five days aching, and then getting out and doing it again.

Discover the joy of Norly