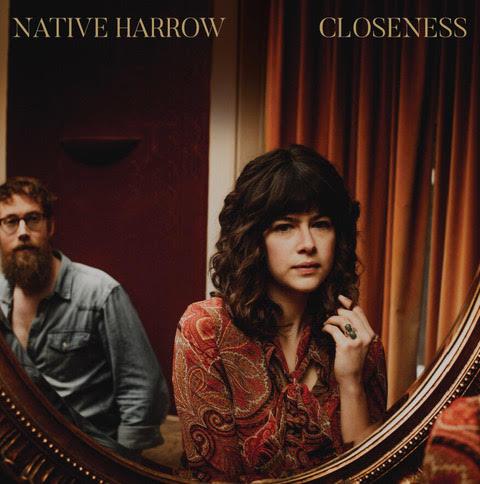 RETURN TO UK FOR LAST LEG OF EUROPEAN TOUR

NEW SINGLE ‘DO IT AGAIN’ OUT NOW ON LOOSE

STREAM ‘DO IT AGAIN’

Folk-rock duo Native Harrow are set to pick up the final leg of their UK and European tour this week.

Having just completed a string of European dates supporting Courtney Marie Andrews around sold out venues in Europe, Native Harrow’s tour resumes at the duo’s new hometown of Brighton this Wednesday at The Brunswick.

Full dates and details are as follows:

Native Harrow recently shared new single ‘Do It Again’ in support of their European and UK tour. The track was conceived during the sessions for their most recent and highly praised album ‘Closeness’. Without the possibility of touring to support their most expansive record to date, the band elected to return to the studio where they recorded Closeness to continue living in that world, if only for a few more days. They tracked six new songs, again with drummer/engineer Alex Hall, today sharing ‘Do It Again’, the second and final single to be released from the sessions. The band now turn their focus towards a new sound, a new direction, and the next era of Native Harrow.

As much as someone could say this one speaks for itself, I don’t think it’s that simple. Yes, it could be only about the pandemic, but quite honestly this is how I felt before all of this unfolded. I am typically drawn to hiding away and being lost in my own dreamland; living for moments with nature and quiet. I read the news and see the lack of understanding going around which has been accelerated by the utter state of chaos wreaking havoc on the world.

The brains turn off and we seem to just putter along, en routine. We tell the same stories, each time embellishing upon them a little more. You still love the storyteller, but we have to have a sense of reality.” - Devin Tuel