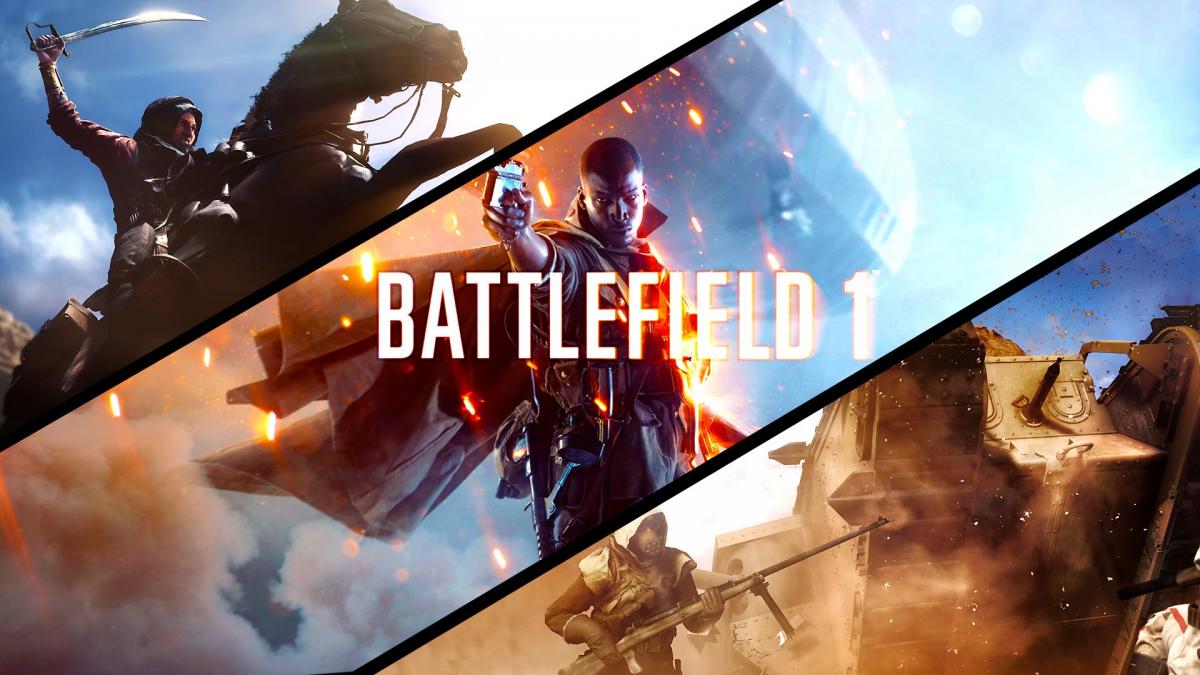 The battle for your Christmas cash is well and truly underway in the gaming sector, with all the big hitters piling on the advertising like a Scarab barging through New Mombassa (cue cheers from Halo fans).

I’ve gone ahead and picked my top games for Christmas 2016 and tried to keep it as broad as I can, but if you disagree with any of my choices or think there is some I’ve missed, feel free to email me: mike@theocelot.co.uk.

I’ll start off with my most obvious choice; the best game I can recommend as a gift for the budding first-person shooter in your life this year is going to have to be Battlefield 1. I admit, this is a tough decision, with competitors coming thick and fast in recent months like Titanfall 2 and Overwatch, which both deserve an honourable mention. But I still think the First World War setting, the drama of a single player campaign that is both immersive and compelling (if a little bit inaccurate) and the return of a genuinely intense Battlefield multiplayer experience with 64 players, it is a riot!

My pick for best racer this Christmas is going to have to be Forza Horizon 3. I know it’s a little bit unfair to just concentrate on an Xbox exclusive title, especially as across all platforms we had good showings from F1 2016 and even a decent motorcycle game in the form of Ride 2. But the latest Horizon offering is both stunningly beautiful in its representation of the vehicles and the Australian landscape, brilliantly configured feeling of control over the massive variety of cars and a fresh take on the racer genre that no other game this year has come close to in my opinion. Well done Turn 10 and Playground Games!

The racing category rolls nicely into the sports games, and FIFA 17 pops up immediately (as it always does when EA Sports decide they want your money) but I’m going to dismiss the advances in graphics and added story mode in favour of NBA 2K17, which has genuinely landed a slam dunk for me. The story mode has been a feature of the NBA 2K games for the past few years, so they have our football friends beaten there already, and it’s a vast improvement on an already very playable sports sim. Get yourself into a game and take it to the paint this festive season.

Action/adventure and RPG games are going to be the hardest categories for this piece, with Uncharted 4, Dishonoured 2, Mafia 3 and many more vying for the title, but I think your money this year should go on FarCry: Primal. Not only because it’s now going to be very well priced (having been out since February), but because where else are you going to get a caveman based assault on your gaming senses this festive season? It’s raw, visceral and has tonnes of classic FarCry drama which breaks new ground with a savage fist. Get yourself a pet sabretooth!

The role playing fans have had a great year too, with The Division, expansions for Fallout 4 and The Witcher 3, Deus Ex: Mankind Divided and of course the latest updates to Star Wars: The Old Republic on PC. All deserve a mention this year, RPG players are spoilt for choice. But 2017 is already shaping up to be an incredible year for gamers, with Mass Effect: Andromeda, a new Gran Turismo… Oh, and RED DEAD REDEMPTION 2?! We couldn’t leave out a mention, could we… Bring on 2017!

'Tis the season for festive film fashion - Gina Akers has your essential guide to all things warm and seasonal right here!

Need some help buying stocking fillers? We've done some searching and come up with these!