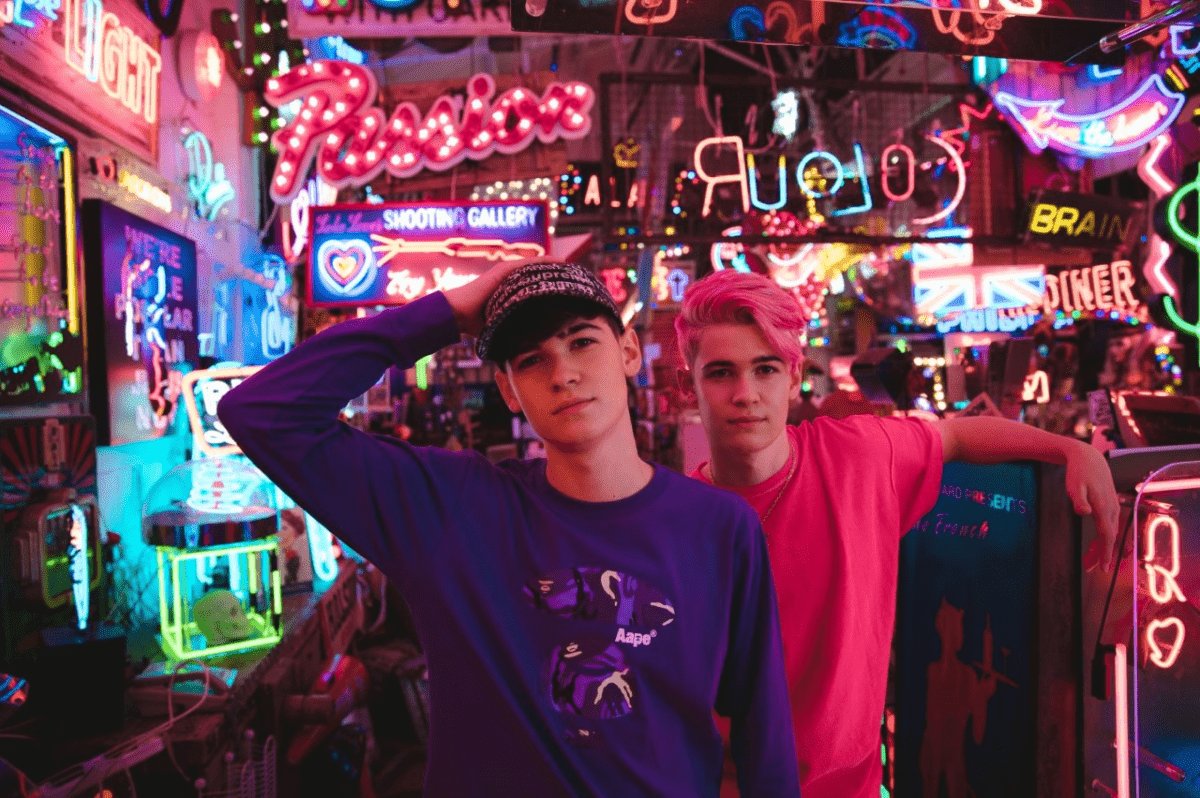 THE BRAND-NEW SINGLE FROM THE FORMER X FACTOR CELEBRITY FINALISTS

NEW UK TOUR ANNOUNCED –THIS IS NOT A PHASE 2021

Social media sensations and X Factor Celebrity finalists Max and Harvey have confirmed details of their brand-new single, ‘Worry A Little Less,’ out now, via Frtyfve Records. Plus, they’ve also announced a new UK 10-date tour - This is Not a Phase for August 2021, dates below.

With a positive message that everything is going to be alright, ‘Worry A Little Less’ is a feel-good anthem with a killer hook and big energy – just what we’d hope for from the 17-year-old TikTok stars who won over the nation as they sailed to the X Factor Celebrity final last year.

“We honestly can’t wait for people to hear our new music,” says the duo. “It’s a massive step up from all of our other music and because we’ve been writing it first-hand it’s so much more special to us.”

Unbelievably ‘Worry A Little Less’ is their first single of 2020, which despite all the setbacks caused by COVID, has still been a busy year for Max and Harvey. They kicked off things in style with a huge sell out UK tour in January, which included six shows across the country, including London’s Islington 02. During lockdown the boys organized a mammoth 24-hour livestream fundraiser, raising over £8000 for charity.  They also used the time to focus on writing music, their first opportunity to do so, since before going on X Factor. “We really wanted to work on our musicianship, so we built a home studio in Max’s room and got to work on making new music.”  The boys also had to learn how to use a professional TV standard camera so they were able to film the new series of their CBBC TV show – FOMO, at home (currently airing every Saturday on CBBC).

On top of this they also began work on their first ever podcast - School Daze with Max and Harvey. The Spotify original which launched on 17 November, airs every Tuesday and Friday and sees the boys tackling the culture of the schoolyard with the help of their family, friends and fans.   Listeners will feel like they’re in the school corridors with their favourite celebrities as they find out all of the gossip from the school lives of a host of guests including vocalist and songwriter Wes Nelson, Love Island’s Eyal Booker, Tik-Tok star Holly H and disabled blogger Gem Turner - as well enjoying the hosts’ own anecdotes from their classroom days.

Speaking about their new podcast, Max and Harvey said: ‘We couldn’t believe it when Spotify asked us to create our own podcast. It’s so awesome that we’re going to be able to relive some of the best days of our lives and so many other people’s, including our incredible guests! We can’t wait to hear from all of our listeners about their questions and dilemmas that they may be facing at school!’

About Max and Harvey

Max & Harvey built their diehard fan base as the #1 UK act on TikTok and runners up on X Factor Celebrity. The 17-year-old Berkshire based twin brothers + famed musicians dominated the platform in its early stages and have brought their music career to the main stage at Camp Bestival, their own TV show (FOMO with Max & Harvey on CBBC) and book (Max and Harvey: In A Book published by Penguin UK) and taking home the Radio Disney Music Award for Favorite Social Music Artist in 2018.

To find more on Max and Harvey, please visit: maxandharveyofficial.com