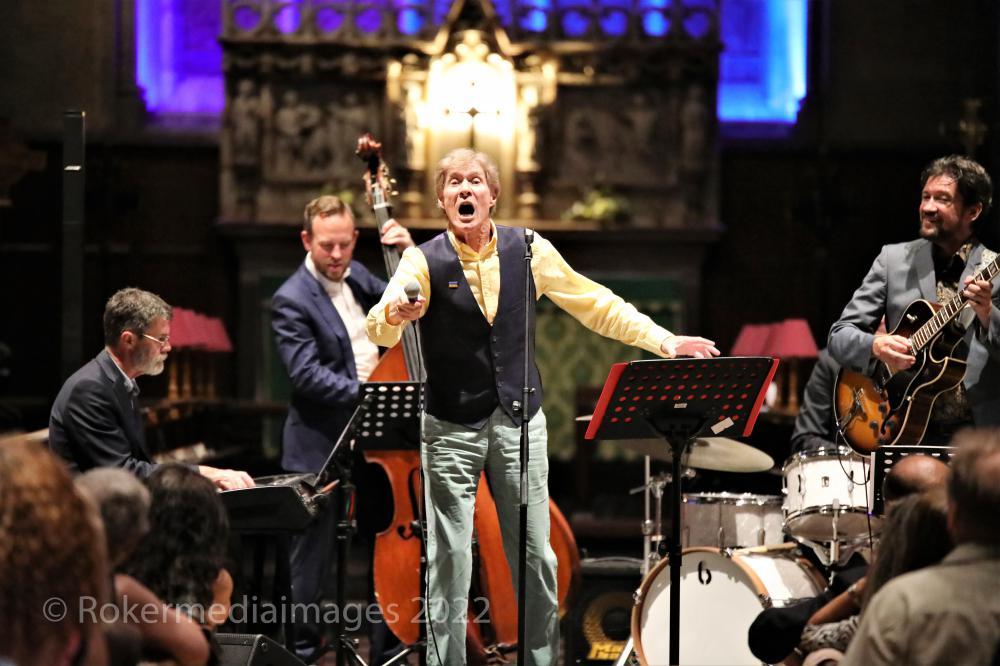 The concert took place on Saturday 30 July and was a sold-out event.

Paul Jones was joined at Swindon’s Christ Church by some of the UK’s leading jazz musicians; guitarist Denny Ilett, pianist Dave Newton, Joe Pettitt on the double bass, and Pete Cater on drums.

Audiences were first treated to a jazz performance from the Dave Newton trio (Newton, Cater and Pettitt) before the band were joined by the Manfred Mann front man, and Denny Ilett, for two sets after an interval.

The Mayor and Mayoress of Swindon were also amongst those in the audience.

A host of beverages were served inside the church at the fully-licensed bar area, and attendees were given the opportunity to meet Paul Jones, and purchase a signed copy of his CDs.

This event was held in support of the Swindon Jazz & Soul Festival - which will next be taking place on 15 April 2023. Next year will mark the third anniversary of the festival.

In the meantime, music fans will be given the opportunity to attend the festival’s sister event - the Swindon Folk & Blues Festival.

The event will be headlined by Wildwood Kin, and will feature nationally-known acts as well as a variety of performances from local talent.

There will be two stages, and some of the acts performing include:

Tickets for the Swindon Folk & Blues Festival can be found online at https://www.seetickets.com/event/swindon-folk-blues-festival-feat-wildwood-kin/christ-church/2300385