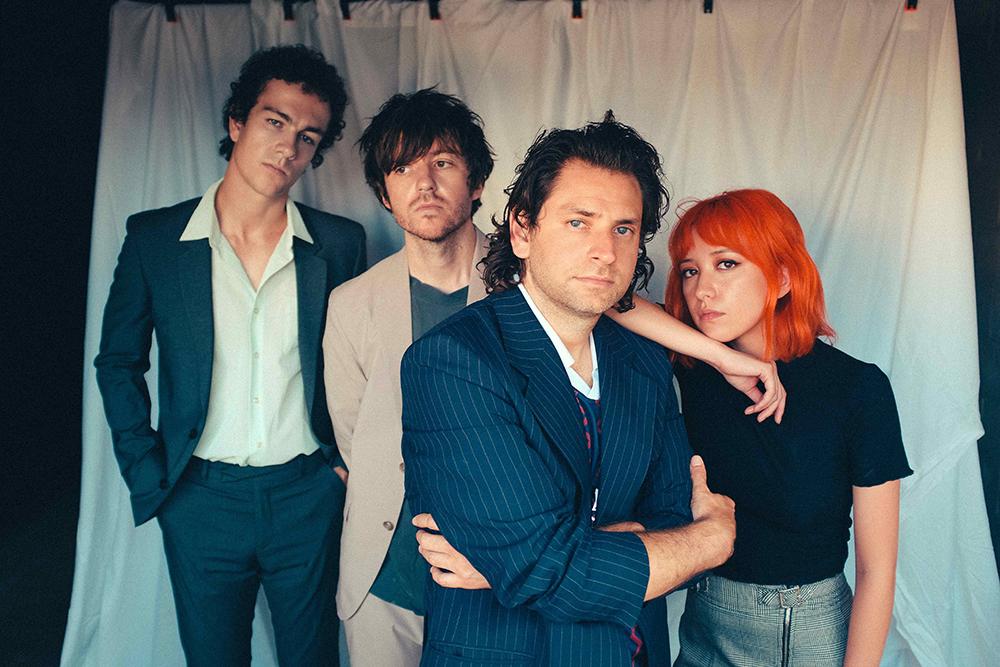 Lo Moon Touring with The War On Drugs in 2022

Lo Moon have released their first new song since 2018.  The track, entitled “Dream Never Dies,” was produced by the band and Yves Rothman (Yves Tumor, Miya Folick).  Filled with piano accents, sprawling guitars, and frontman Matt Lowell’s signature soaring vocals punctuating the chorus, “Dream Never Dies” is equal parts early 2000’s Brit rock, the ache of summer nostalgia, reverb-soaked instruments, and one of the best melodies the nascent, critically-acclaimed band has ever written. It’s the sound of a band whose scope has widened in wholly stunning ways.

A video for the song has been released today as well, directed by Michael Hili (The Killers, Lemon Twigs, John Carroll Kirby). It takes the viewer on a journey through the architecture of dreams, expectations and hope.

Click HERE to watch the video for ‘Dream Never Dies’

“Dream Never Dies” is the first new song since their self-titled debut—a dark, luscious collection of songs full of crescendo rock and sparkling electronics—spanned the breadth of human highs and lows. The record could sit happily among the likes of Talk Talk, Roxy Music, early Coldplay, and the cinematic scope of Sigur Ros.

Says Lowell about the song, “As I get older, I’ve become more and more nostalgic about my youth. I had way less anxiety, I didn’t fear losing the people closest to me, or have to face the bigger questions of life. Hope and optimism were just a little bit easier back then. I work hard not to let the complexities of life suck the hope out of me. This song, if nothing else, is a reminder to try my best and not let that happen.”

Lo Moon received critical international praise from the likes of Vice, NME, The Sunday Times, DIY and many more. Elsewhere, their songs hit the top 3 on Billboard’s AAA chart and the band also appeared on U.S. late night TV shows Jimmy Kimmel Live! and The Late Late Show with James Corden and played more than 150 dates, supporting the likes of The War On Drugs, Phoenix, Glass Animals, Air, London Grammar, and Chvrches along the way. Elsewhere, they capped off their touring with festival performances including All Points East in London.

Lo Moon will be touring through the U.S. and Europe opening for The War On Drugs next year. The tour includes the following UK and Ireland dates: