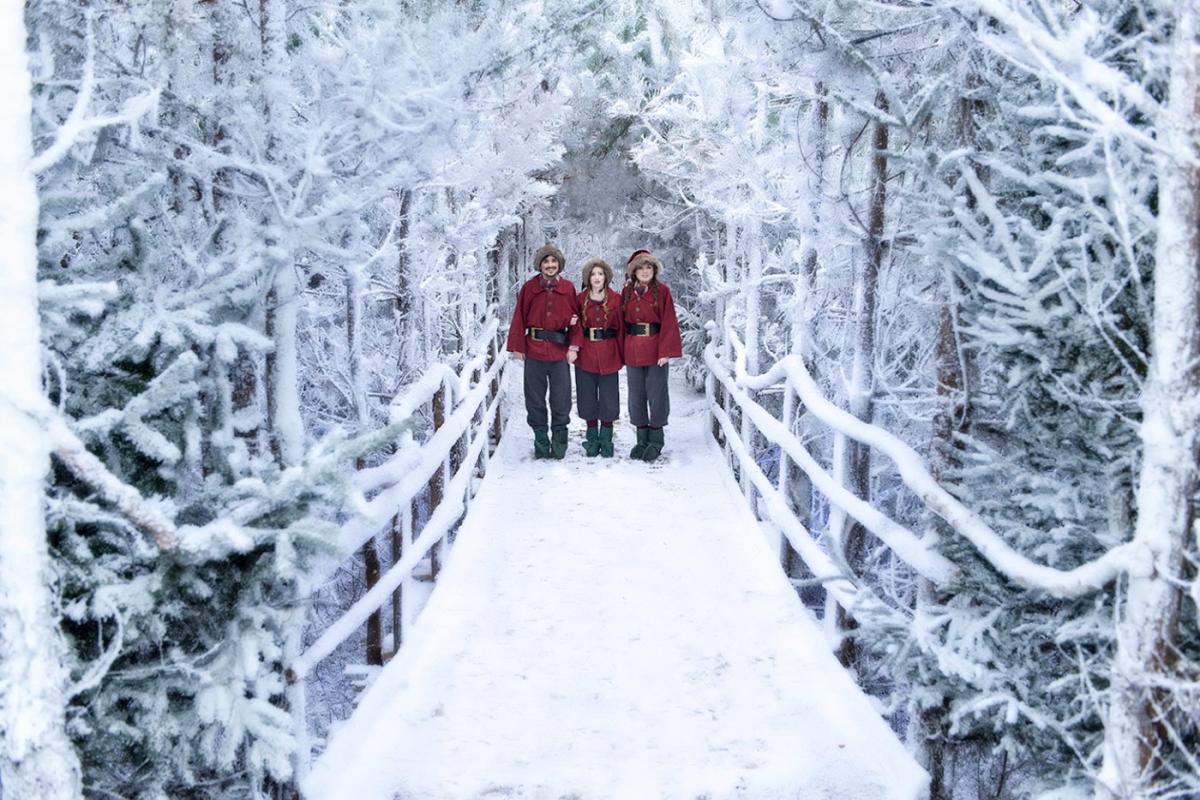 Conjuring up Christmas magic on the outskirts of Bracknell is no easy task, but LaplandUK seem to be doing something right – Now in its 9th year of transforming a muddy field beside the A329 into a magical snow-bound corner of Scandinavia, the attraction consistently gets rave reviews.

Now, a word of caution, don’t confuse LaplandUK with other attractions that claim to be able to pull off the same magic trick.

LaplandUK might come with an eye-watering ticket price (£49.50-£79.50 per person), but you don’t want to fall foul of the cut-price Grinches.

Tinker with the magic of Christmas at your peril – after all no-one wants to encounter chain-smoking elves who would rather be elsewhere, thinly disguised dogs sporting clip on reindeer horns or (dare I say it..) Father Christmas sporting love and hate tattoos on his bruised knuckles. Children are pretty savvy and will be the first to point out anything that deviates from the accepted Christmas narrative.

That said, my own Christmas memories did not entirely stick to the script either. I remember my uncle (not an actual uncle you understand) sticking lit matches in his ears and dancing around the Christmas tree to liven things up a little.

His dog had earlier cocked a leg against the classy Norwegian Spruce causing the lights to short circuit. But I’ve come to terms with that now and I have moved on with my life… Let’s never speak of this again.

So… the best way to describe LaplandUK is a lavish walk-through theatrical production. The three-and-a-half-hour show gives adults and children the chance to suspend belief and throw themselves headlong into the festive fun.

Part of the deal is that you have to put in a bit of sneaky preparation ahead of your visit – providing important details about your children to give Father Christmas and his elves the heads-up.

Obviously he already has a pretty good idea about who’s been naughty and nice, but I should imagine he’s getting on a bit and his memory is not as sharp as it once was – give the guy a break!

The organisers do their best to ramp up the excitement beyond the elastic limit before the children arrive – by sending a personalised invitation from actual Father Christmas through the post.

During the visit, families will be given the chance to help the elves in their Toy Factory, decorate gingerbread with Mother Christmas, go ice skating, meet huskies and reindeer and post letters from the North Pole post office.

Oh and of course children get to meet the big man himself – by this time, if everything has gone to plan, they should be fizzing with excitement and barely able to hold a coherent conversation. (A bit like my uncle during that memorable Christmas – we’re no longer in touch.)

Ticket prices vary depending on the time and date you visit. The higher priced premium tickets are for dates closer to Christmas.