How do you plan a road trip for the ultimate film and TV fan? Mike Barham might have the answer 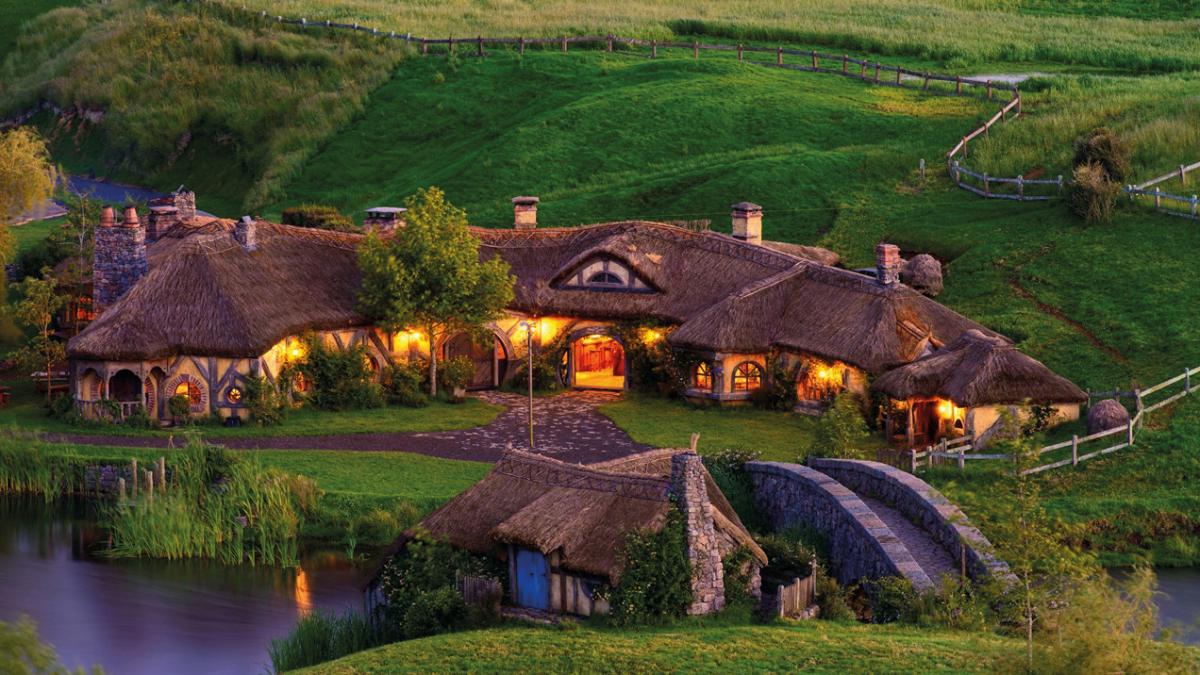 Can’t get enough of your favourite TV shows and film franchises? Why not take a road trip to see where they were made – from Gilmore Girls in the US to The Hobbit in New Zealand.

That’s the rallying call for film addicts around the world, as more and more people take to travelling to see those iconic locations from their favourite movies.

Film tourism isn’t anything new. For instance, people have been visiting the Tunisian town of Matmata and the Hotel Sidi Driss since 1977, when it was used as the dugout, sand blasted home of Luke Skywalker in Star Wars Episode 4: A New Hope. Don’t worry, they didn’t actually torch it, or any of the residents.

There are websites, such as AttractionTix.com, who specialise in pulling together road-trips for screen addicts looking to soak up every last moment of their favourite films and TV series, ranging from Downton Abbey to The Walking Dead and Game of Thrones, from Star Trek and Star Wars through to The Hobbit.

Speaking of Middle Earth, it’s common knowledge that the trilogy of films, and its sister trilogy Lord of the Rings, were predominantly filmed across the islands of New Zealand, taking in the most spectacular and breath-taking scenery the land had to offer.

The best time to head down under to experience this amazing landscape is between September and April, when the country is at its warmest during the summer months. Meaning you don’t get caught in too many sudden downpours and can enjoy walking the paths and national parks that criss cross New Zealand.

You can cover the 732 miles from the southern most shooting location to the most northern in just one day, although AttractionTix advise heading over for at least a week, due to the length of the journey to get there in the first place from the UK!

Starting at the Fiordland National Park which doubled as the mountainous regions in the first Hobbit film, you can head through Laketown, also known as Lake Pukaki, past Ruapehu which is also known as the Lonely Mountain, to Matamata on the North Island, which is immediately recognisable as The Shire due to many of the exterior sets being left in place for tourism.

But don’t think you have to travel halfway around the world to get your fill of movie magic. In fact, another type of magical journey awaits Harry Potter fans if you travel round our very own British Isles.

Starting in North London’s Claremont Square, which doubled as Grimmauld Place, the headquarters for the Order of the Phoenix, it’s a 218 mile journey through almost 10 counties to visit some of the iconic and historic locations used to film the eight Potter films. The trip includes Gringotts Bank, also known as Australia House, taking in the Harry Potter trail in Oxford which takes you through the New College Cloisters (or the Hogwarts school corridors if you’re immersed in magic) and down to the beach where Dobby the House-Elf lost his life in Wales. An emotional yet magical journey that should serve as a brilliant long weekend for Potter fans.

Of course, the sci-fi world can’t literally be filmed in space, and Trekkies around the world regularly travel to the US in search of locations used in filming their beloved Star Trek franchise.

The iconic and futuristic buildings used in the modern iterations of Star Trek are scattered across the west coast of the United States, but travelling down through California you can take in the Golden Gate bridge in San Francisco and the backdrop for Starfleet HQ, whilst the internal shots for the 2009 film were filmed at the Getty Center in Los Angeles. You can also head to Vulcan itself by visiting the Vasquez Rocks, or how about to Veridian 3 by setting course for the deserts of Nevada to recreate the climactic scenes from Star Trek: Generations. Literally walking in the footsteps of Picard and Kirk. And Malcolm McDowell. That’s got to be worth it.

And if you sit on the other side of the sci-fi spectrum, Star Wars fans can cross the vast deserts of Tatooine in just 258 miles in Tunisia. As we mentioned before, fans of the series have often travelled to Sidi Driss to see the home of Luke Skywalker, but how about visiting the hive of scum and villainy itself; Mos Eisley? Well you’ll have to head for the small village of Ajim, but don’t expect to find the Millenium Falcon waiting for you. Further along the trail, Mos Espa rolls into view, also known as the town of Trozeur, and Ben Kenobi’s hermit pad lies just further still on Djerba, a small Tunisian island where you can relax and imagine watching that famous twin sunset.

And that’s the great thing about movies. Our imaginations can turn these amazing landscapes and buildings into other worlds and places of magic and mythological beings. AttractionTix have a concise guide to help plan your road trip: www.attractiontix.co.uk/filming-locations-maps