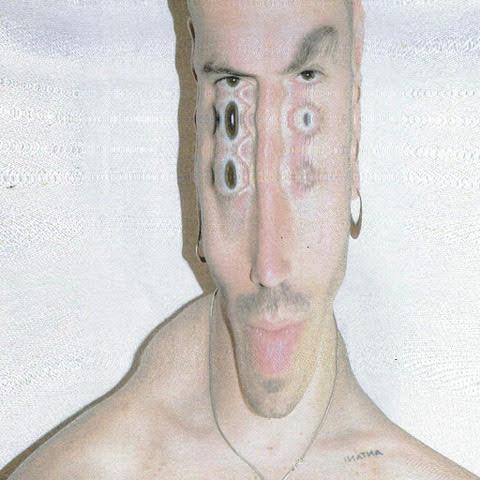 STREAM ON ALL SERVICES HERE

+ UK DATES THIS MAY

STREAM “PEONIA” ON ALL SERVICES HERE

In the run up to their second studio album, ‘NaN,’ out this May via Stock-A, Hate Moss have unfolded their latest single, “Peonia”.  The new music arrives as the band also announce a crop of UK shows this May with dates in Oxford, Bristol and London. Part of a wider world tour, details of the UK dates are highlighted below.

“Peonia is trivially a love song, Tina jokingly told me that I had never written a song for her, so I decided to write Peonia which is the name of her favourite flower… The lyrics are about the difficulties that every relationship faces and how we try to move forward because in the end, when things are done for a good purpose, everything that seems wrong turns out to be right. It started out as a Cumbia-style song that later became more trip-hop and dark wave.”

Following the success of their minimalistic lo-fi offering, “Eremita”, “Peonia” sees the group further their alluring tone, all whilst driving-in a thrilling new message.

Exploring the yearn to progress into something more, something new and unearthly, “Peonia,” sees a twisted love story between two people desperate for more. Weaving in experimental electronica, with soft vocals, the production across this track carries the narrative effortlessly.

Emphasising this very notion, Tina says: “The melodies have oriental references to bring the listener into an exotic environment, because we believe that sensuality in a love song is fundamental.”

Mastered in Somerset’s Loud Mastering Studios by Jason Mitchell, “Peonia,” also welcomes mixer and co-producer - In A Sleeping Mood; both of whom have contributed to Hate Moss’ upcoming second LP: ‘NaN’.

Hate Moss is an Italo-Brazilian duo formed by Tina and Ian in 2018. Formed in London and currently living a nomadic existence, the duo have performed on numerous stages across South America, Europe and the Middle East, while drawing crowds at international festivals like the Venice Biennale (IT), Locomotiva Festival (BR) and Goiania Noise (BR), earning a cult following in the process.

Immersed in the spheres of electronica and post-punk, industrial to electroclash, their music is the result of their multicultural heritage and definitively dark sonic palette. Taking inspiration from the music scenes of the multitude of countries that have welcomed them, the band’s lyrics blend artful observations with fluent shifts in languages and an idiosyncratic sound coloured by instruments they have adopted on their trails.

Hate Moss released their first LP ‘LIVE TWOTHOUSANDHATEIN’ through their label Stock-a production in collaboration with the South American label Discos Rebeldes. It was recorded in one take at Relaxo Studio in Florence, Italy and mixed/mastered at Fine Arts Studios in London, UK.

In May 2022, the duo will release their second album ‘NaN’. In computing, ‘NaN’ (/næn/), means “Not a Number”, a data type that can be interpreted as a value that is undefined or unrepresentable. The title represents the main theme of the album, which focuses on the alienation that arises when society treats human life as the result of a cold calculation.

Drawing on the mixed heritage of the band, the many strands of musical influence they share, and the upheaval of moving and regrouping during a pandemic, the more commercial musical approach on the second album only serves to give the listener an easier approach to the heavier message of the lyrics.

‘NaN’ was written and composed by Hate Moss and recorded, produced and mixed by the band with In A Sleeping Mood. It was mastered by Jason Mitchell at Loud Mastering Studios – UK.

The album will be released on 20 May 2022 by Stock-a Production (Italy-UK), Before Sunrise Records (Brazil), Rock City (LATAM).

17th May - The Library, Oxford
(All Will Be Well Records production with Moth Drop and Pink Diamonds Revue)

STREAM “PEONIA” ON ALL SERVICES HERE

For fans of: The KVB / Nine Inch Nails / The Kills

[Review] Doctor Strange In the Multiverse of Madness is dark, trippy, and fantastical fun

Jamie T to return with new album ‘The Theory Of Whatever’