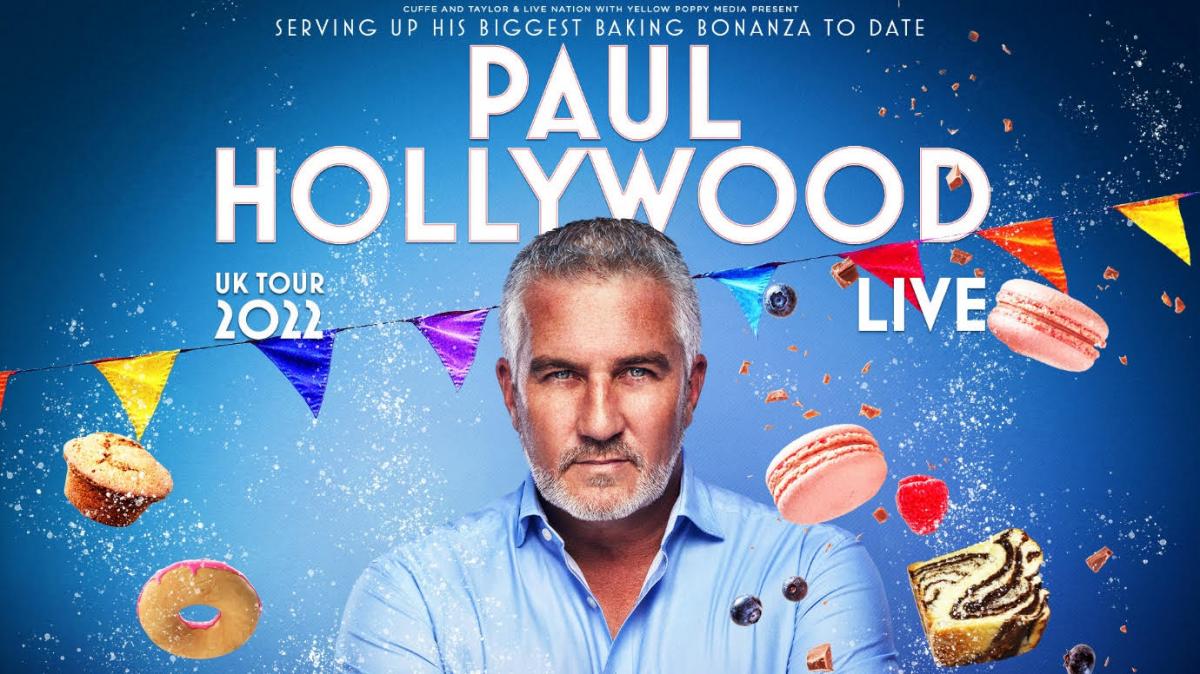 Great British Bake Off star Paul Hollywood is hitting the road with a brand-new tour for 2022.

Paul Hollywood Live will visit 18 towns and cities across the UK entertaining audiences with live demonstrations, baking tasks and some very special surprises.

The tour kicks off at Oxford New Theatre on Thursday October 20 2022 before heading out across England, Scotland and Wales and includes a date at the world-famous London Palladium.

Tickets go on sale at 10am on Friday October 8 from www.cuffeandtaylor.com

Working from a fully equipped on-stage kitchen Paul will share his tricks of the trade and maybe even reveal some sugar-coated secrets along the way.

Come and get a slice of the action as the best-selling author serves up his biggest baking bonanza to date.

Paul has been a firm favourite with TV viewers for more than a decade with his infectious enthusiasm for baking and cheeky charm leading him to win the hearts of the nation.

And after a year that’s seen Brits take to the kitchen and don their pinny’s, there has never been a better time to take a lesson from the master himself.

Speaking about the tour, Paul said: “This is a really exciting announcement for me. It is some years since I’ve been on tour so I can’t wait to get back on the road and get baking live on stage once again.

“We’ll have some fun and you’ll learn some tips along the way so it’s the perfect recipe for a great night out.”

Director of Theatre Touring Ben Hatton said: “Taking Paul Hollywood on tour is something we have wanted to do for some time.

“Paul is a British baking legend and I have no doubt audiences will flock to see him working his magic on stage while imparting some of his famed humour.”

For more information and to secure tickets go to www.cuffeandtaylor.com