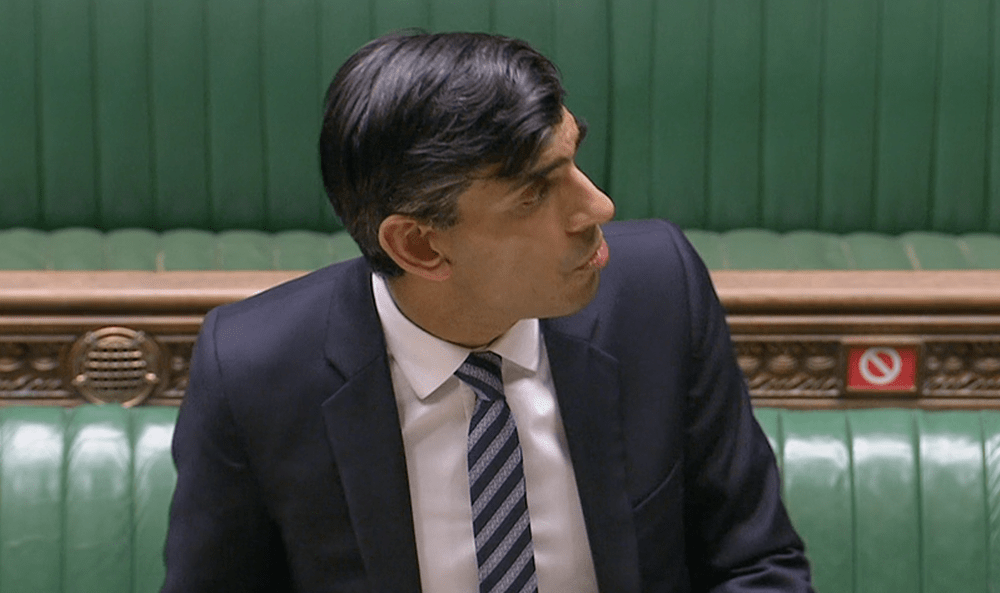 Parliament descended into farce earlier as the Chancellor unveiled his latest package of measures designed to help the ailing UK economy, in a set of sums so complicated and convoluted that the discourse literally descended into ministers burbling and talking gibberish at each other

The ‘Job Support Scheme’, which was hastily scrawled on the back of an envelope six weeks ago to serve as a dysfunctional replacement for the previously successful Furlough scheme, was already under fire for being wholly inadequate to tackle the biggest recession in living memory.

And today, it was revealed that the ‘Job Support Scheme’ will be changed just enough so that it looks to the casual observer like the government is trying to do something, but will be so overly complicated, and involve so many bureaucratic hoops, provisos and percentile deductibles on negative hours not worked by staff that no longer have jobs, that only businesses with 43 full time accountants trained by NASA will actually be able to apply for it.

“I am listening,” began the Chancellor, Rishi Sunak, demonstrating to all present that those magnificent ears weren’t just for show, but that they worked too. “And businesses up and down the country are telling me – Rishi – that Job Support Scheme you unveiled last month is brilliant, and gets us hot under the collar for numbers. But, there are some businesses – crap businesses, I guess - that can’t seem to work out how an incredibly small government discount that yields less savings for a company than putting someone on more productive part time hours, works for them. Or the company. Or anyone.

“And to those people I say – I have listened. And I can now announce that, Flippedy Flobbedy Flob Support, now Flappity Rishi’s Big Package. But, be under no illusions, that Flibitty Fluff decisions will have to be Flobbydored.”

The house then erupted in anger. The shadow chancellor, Anneliese Dodds, stood up immediately.

“For Fleeks we’ve been Flaying the Flob! And now, Flimmins has been Flipped! Is the Flancellor hard working families? Flubber dubber Doo!”

Insults and gibberish from all MPs then rained across the house for several chaotic minutes, before Labour’s Angela Rayner got so worked up by the excitement that she yelled ‘FLUM!’ at the top of her voice towards an opposition MP who was merely suggesting we should let a few poor children starve to save a few quid, and was promptly arrested on charges of wanton incitement of pearl-clutching.