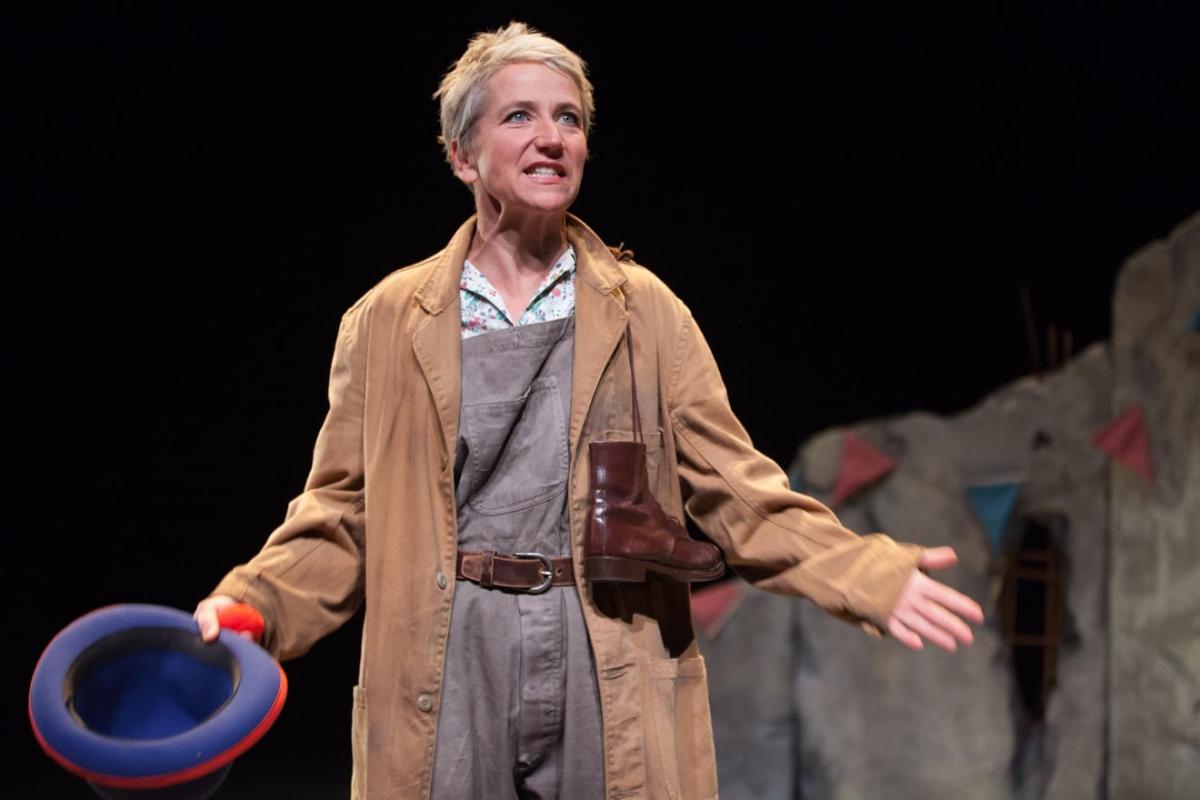 Poonamallee Productions in collaboration with The Barn Theatre and in association with Exeter Northcott Theatre, have released the official trailer to their production of An Elephant in the Garden, which begins performances on 2 April.

The production, which prior to the pandemic was playing in Pittsburgh, Pennsylvania in 2020 and has had successful U.K. Tours from 2014-2019 - including runs at Bristol Old Vic and Sam Wanamaker Playhouse at Shakespeare’s Globe – will make its digital debut from 2-18 April.

Set against the backdrop of the 1945 Dresden bombings, the production follows Lizzie, her mother – and an elephant from the zoo known as Marlene as they flee the Allied fire-bombing in the endgame of the Second World War.

The play, based on the book by Michael Morpurgo, is adapted and directed by Simon Reade and performed by Alison Reid. The production features design by Max Johns, lighting design by Matthew Graham, costumes by Elizabeth De-Tisi, sound design by Jason Barnes, radio voices by Chris Bianchi, juggling by Rod Laver with Alex Tabrizi as director of photography and Ben Thomas as editor.

The second half of the season will see the return of BoxLess Theatre’s staging of Private Peaceful from 19 April – 2 May.

Based on the best-selling novel by War Horse author Michael Morpurgo, Private Peaceful tells the story of Private Tommo Peaceful, who looks back on his Devon upbringing, his romance with childhood sweetheart, Molly and the terrible events that saw him taken from this idyllic setting and into the horrors of war.

Following the run in Cirencester, the production transferred to the play’s original home, the Bristol Old Vic, for a successful run and marked the first production to reintroduce the original ending from the acclaimed novel to the stage adaptation.

Private Tommo is played by Emily Costello, the first female performer to play Tommo professionally in a performance that was described by Michael Morpurgo as “extraordinary.” James Demaine plays Charlie and various other roles.

Private Peaceful is adapted by Simon Reade and directed by Alexander Knott, with Zöe Grain as associate director and movement director and composition by James Demaine. Sound design is by Harry Smith and lighting design by Sam Rowcliffe-Tanner.

Tickets for both productions are £13.50 which will provide 24-hours access from the performance time. Tickets can be purchased at barntheatre.org.uk/barn-at-home.

The Barn Theatre are thrilled to be partnering with the Belgrade Theatre, Exeter Northcott Theatre and Dorchester Arts on these digital productions.