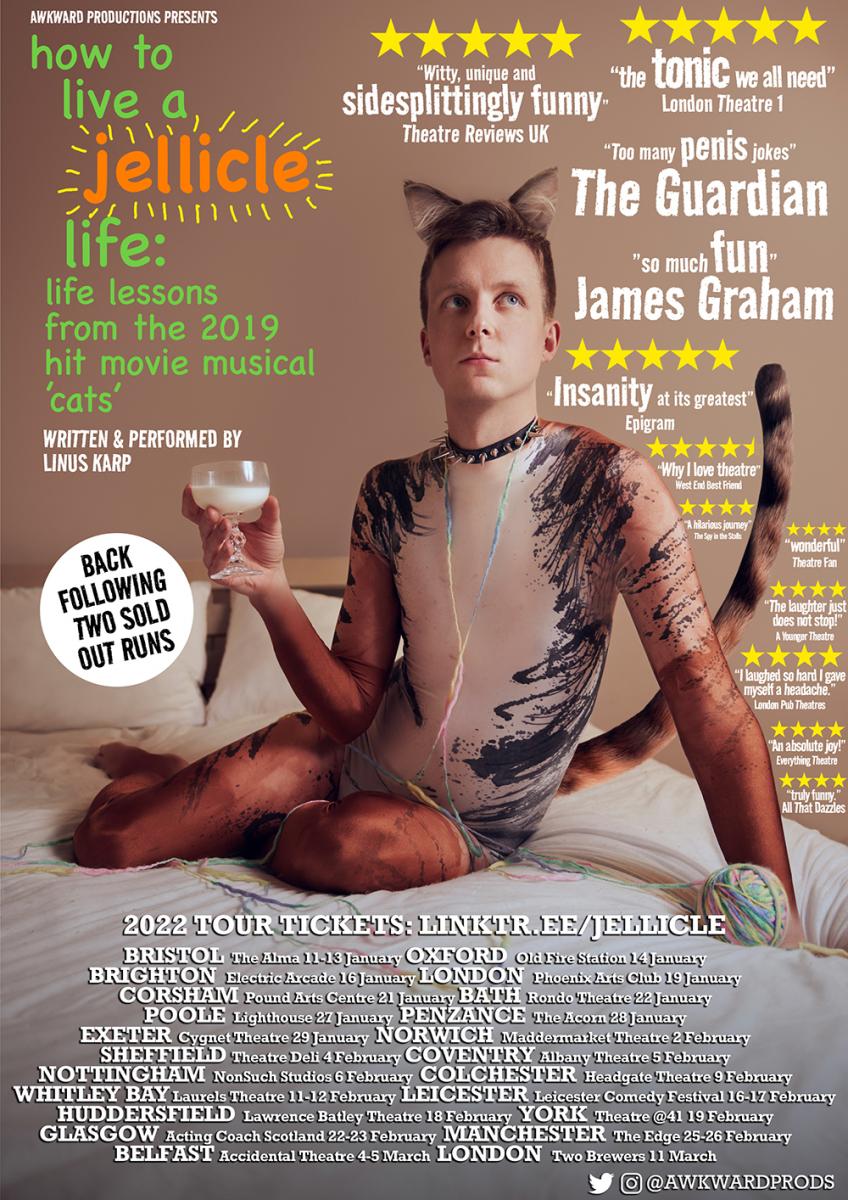 The tour is well underway and will finish in London on 11 March.

A spokesperson for the event said: “After two sold-out runs the jellicle show is back, baby! A show that provides a jellicle discussion about the jellicle aspects of the jellicle cats in ‘Cats’ and how you can apply them to your life in order to make it truly jellicle. Expect jellicle laughs, jellicle ‘dance’, a very jellicle PowerPoint presentation, and, according to The Guardian, “too many penis jokes”

“Come along for a silly, ridiculous, very queer and unquestionably jellicle time.”

The show will run for approximately an hour and age guidance is for those aged 16 and over.

Linus’ performance is described as a one-man comedic parody that celebrates one of the biggest cinematic flops of recent years.

By the end of this tour, Linus will have ventured around 22 venues from all across the UK.

**** “The laughter just does not stop” – A Younger Theatre