“By Jove, the Brexit Bus money!” relief for Manchester as Boris remembers he has £350m a week kicking around after all 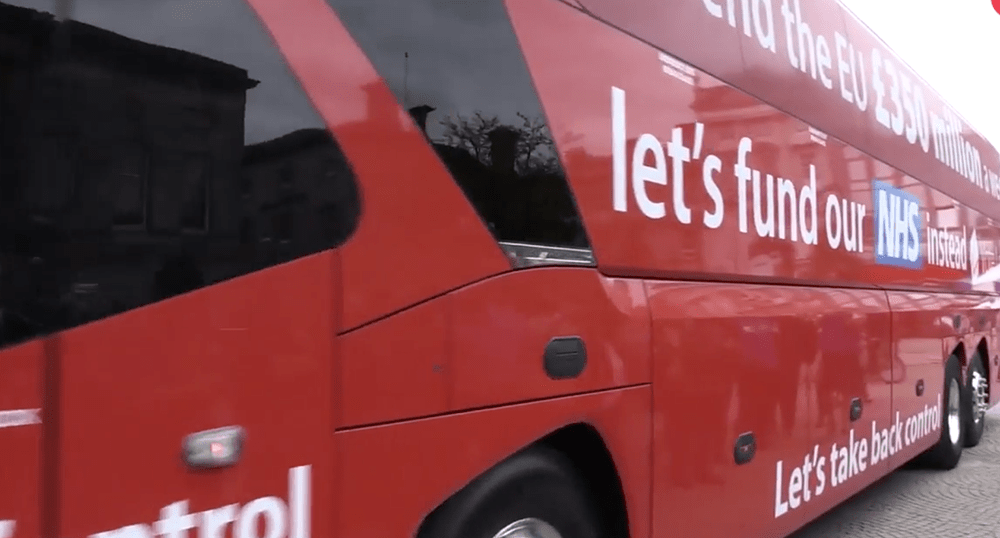 Manchester can have the frivolous £65 million it asked for to help its people avoid starving this winter, it has been announced, bringing to an end a tense stand off between a government and its third largest city.

All day yesterday the Secretary for Housing, Communities and Expensive Donor Seats Robert Jenrick, and the King of Manchester Andy Burnham were locked in talks over Tier 3 Covid-restrictions funding that ultimately ended in failure.

Despite originally asking for £92 million, the people of the Free State of Mancunia agreed to settle for a much reduced package of £65million, and the government, showcasing its negotiating prowess that will no doubt bode well for the forthcoming Brexit talks, moved from its initial offer of £60 million up to a newer, louder, entirely different offer of £60 million.

“It all looked to be falling apart over the sake of 5 million pounds,” said Robert Jenrick, hiding behind what government officials later insisted was definitely a sympathetic smile, and not a smirk of utter contempt. “But despite looking down the back of all the green benches in the House of Commons, and even some of the red ones in that other chamber I’m not allowed in, the very most we could come up with was £60 million.”

Facing a wave of condemnation from all quarters over its seemingly stubborn refusal to allocate an additional £5 million of central funding - in economic circles, known as ‘a Pisstake’- to help avoid 3 million of its own citizens starving this winter, the Government sprung into action and began an all-nighter in the commons bar (currently exempt from the rest of London’s Tier 2 restrictions thanks to Cummings’ Law that passed last week) to try and come up with a solution.

Thankfully, inspiration soon struck, as Jenrick explained: “It was 1am and we were halfway through one of those, oh, I don’t know, those posh wooden wine box crates, you know, with a divider thing? Well, Boris started absent mindedly painting it into a bus – it’s a hobby of his, you see - and halfway through painting on the slogan ‘We send the EU £350million a week, let’s fund our NHS instead’ – well, the quick-thinking Michael Gove pointed out that that’s exactly what we only just bloody did, by Gove, and he suddenly remembered we’ve just had that £350 million pounds a week accumulating in the treasury since January, as per Boris’ promise!

“Loads of bloody money, just sitting there unallocated! So of course Manchester can have it’s £65 million – hell it can have its £92 million it actually wanted and Andy Burnham can treat himself to a new golden fleece, and we’ll give the remaining £18 billion to the NHS. Brilliant! Now, if you’ll excuse me, I have to go celebrate by overturning some refused planning decisions on behalf of one of our wealthy donors. Bully, Bully!”