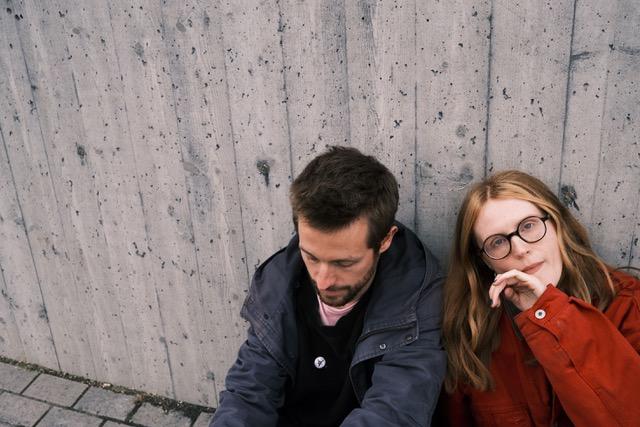 The Icelandic DIY pop-duo will be supporting The Vaccines on multiple tour dates across the UK and will play solo shows in Germany.

BSÍ have also released a brand new video for ‘My knee against kyriarchy’.

The news follows an incredible year for Silla Thorarensen (drums & vocals) and Julius Pollux Rothlaender (bass guitar & toe-synths); who released their debut album,‘Sometimes depressed… but always antifascist’ to acclaim earlier this year; amassing support from the likes of The Line of Best Fit, Atwood Magazine, Under The Radar, Euphoria Magazine, DUMMY & many more, as well as performing for the digital editions of Iceland Airwaves and Eurosonic.

The video for the track can be viewed below:

A spokesperson for the duo said: “BSÍ understand their band as a playground for simply being who they are; two best friends, rumbling and rolling through life, not taking themselves too seriously and struggling with self-doubts and imperfection while trying to see these as empowering virtues, unafraid to just do and be what, or however they feel.”

“Kyriarchy“ is a term coined by feminist theorist Elisabeth Schüssler Fiorenza and describes an intersectional extension of the concept of patriarchy that goes beyond gender, encompassing all forms of dominating and oppressive hierarchies such as sexism, racism, ableism, antisemitism, homophobia, transphobia, etc. Not only do BSÍ say they want to be a part of fighting all these different structures of oppression – they want to do so dancing, singing fun lyrics and not taking themselves too seriously.

The mesmerizingly hyperactive video for ‘My knee against kyriarchy’ was created by susan creamcheese (Vilhjálmur Yngvi Hjálmarsson), who, just like BSÍ, is part of Reykjavík’s DIT (do-it-together) music and art collective post-dreifing.

BSÍ will kick off the beginning of their upcoming touring season with an extended trip to the UK, supporting The Vaccines on their upcoming tour, as well as playing their own London headline show on October 2 and touring in Germany in October:

24.09. UK-Northampton - Roadmender (support for THE VACCINES)

29.09. UK-Cambridge - Junction (support for THE VACCINES)

01.10. UK-Norwich - Waterfront (support for THE VACCINES)

05.10. UK-Bournemouth - The Old Fire Station (support for THE VACCINES)

More information on the duo can be found by searching BSÍ across social media platforms.