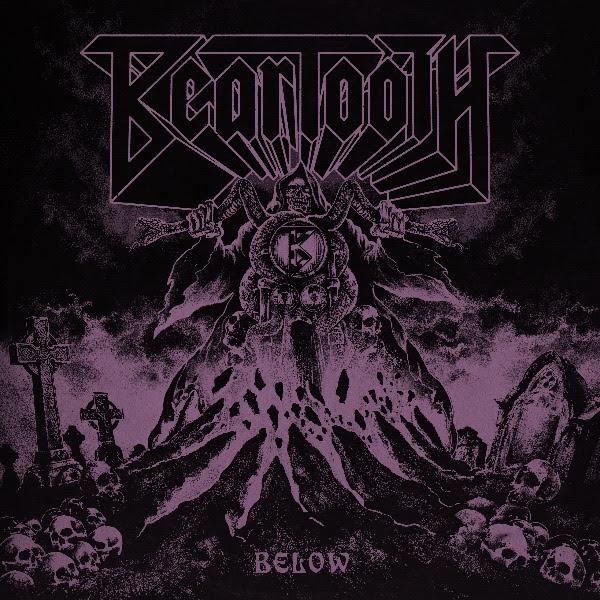 “Bludgeoning riffs, an earworm of a chorus and one of the hardest mosh calls you will hear all year, it’s quite something” – Rock Sound

Friday, March 26, 2021 – After thrilling their legion of fans by surprise dropping the blistering and brand new track “Devastation” —see above for early press praise— gold-selling, Columbus, Ohio-based rock band Beartooth have announced details regarding their fourth studio album Below. Fans can pre-order the album, which will arrive on June 25 via Red Bull Records, here.

“Below is by far my favorite album I’ve made to date,” says frontman Caleb Shomo. “It covers the dark side of dealing with mental strain during the last year. I gave it all I had — musically and lyrically. Is it too dark? Possibly, but it was as honest as I could be about how I felt. I hope everyone is ready to strap in for a wild ride of head banging and rocking.”

To celebrate the announcement, the band has shared the video for the new song “The Past Is Dead.” The video features the band in performance mode, which is its most natural state. The members are surrounded by stunning pyrotechnics and an otherworldly demon, who can be spotted in the album cover art pictured above. Watch it here.

“‘The Past Is Dead’ was one of the first songs written for the album,” Shomo explains. “Various versions have been in the bank for about two years now and it really set the tone for the whole album writing process. The video is meant to depict the beginning of the journey to the deepest and darkest parts of my mind, which was the fuel used to make Below.”

Beartooth harness the sacred and profane, purging inner darkness with a dizzying light. The fearlessly determined and boundlessly creative Midwest powerhouse perfects a sound sought by a generation of bands. Their marriage of colossally catchy choruses and post-hardcore, soaked in sweaty metal, is without rival. Its effect is evident by their religiously dedicated global audience; tours with Slipknot, Bring Me The Horizon, Architects, and A Day To Remember; and a RIAA-certified plaque for their hit single “In Between.”

Their latest release Below is a pure distillation of rage — weaponizing its deceptively radio-ready bombast to deliver stone cold truth missives, each packed like a bomb with noisy rock chaos.
Below also revels in the darker underbelly of traditional metal, soaked in stoner rock tones and doomy dirge. Beartooth offer no cure. The recovery comes in the process; the journey is the destination. As long as the dueling dichotomy of anguish and cathartic creative expression remain bound together, Beartooth will be here to oversee the show.
BELOW TRACK LISTING: