A dark history of black pudding 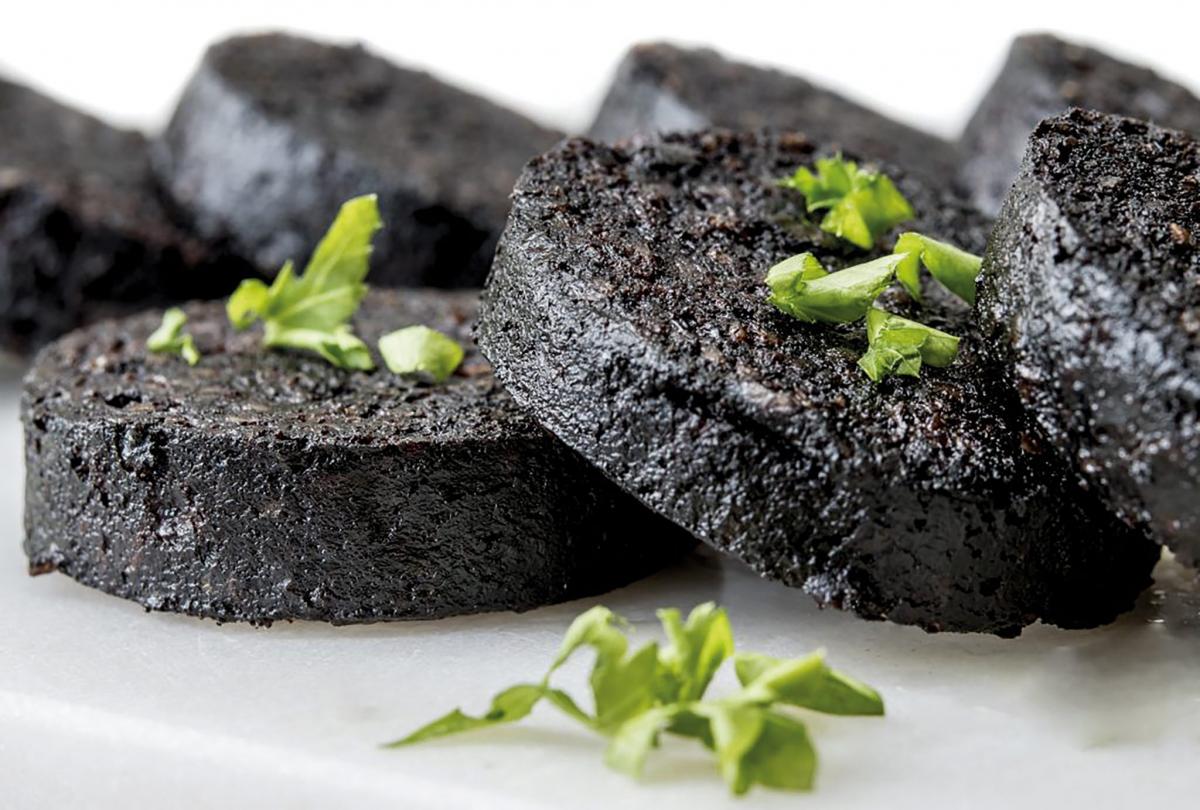 Black pudding represents one of the very earliest forms of marketing or lying as it’s more commonly known.

(Very early digression - people who work in ‘marketing’ are such liars that they even call it marketing rather than lying.)  From the outset, black pudding sets out to obscure its true nature. It’s clearly not a pudding - a passing glance will tell you that it’s a ruddy sausage. And black..? actually, that’s sort of true, in that old blood usually takes on a very dark appearance after it’s been left for a while. Let’s not mince words - it’s a blood sausage. But for some reason, this tends to frighten small children, hence the fun ‘rebrand’. Black pudding is kind of disgusting, but actually no more disgusting than your regular sausage and really amazing when sliced and fried and consumed as star turn on a plate also featuring bacon, eggs, ‘shrooms and beans. It’s also apparently quite good for you, being loaded with iron and other good things that a growing child might need. Black pudding is one of the oldest types of sausage - developed as a handy means of preserving blood drained from a recently slaughtered animal and ensuring it does not go to waste - an important consideration if you have just burned off precious calories tracking said animal through the snowy northern wastes. References to black pudding (Blak Podyngs) have been found in 15th century literature. It is particularly associated with the Black Country, the West Midlands, Scotland and the North West. Your modern black pudding usually makes use of pork blood, but any old blood will do.  If you fancy making your own at home, I recommend dressing in your old clothes. Then simply take one enormous vat of fresh blood, stir well and then add oats or barley and a handful of herbs and spices.  Then pour the warm mixture into an intestine casing and allow to congeal before serving. Mmm.

Food review: Los Gatos - 'like going to Spain... minus the travel costs'

The history of Tequila (because in December it's always 5 o'clock)